Thanks to a good friend I know, I got the opportunity to try out the Pebble smartwatch for a good full week. I was aware of Pebble back when it had its record breaking Kickstarter campaign ($10 million in a month with 70000 backers) but forgot about it soon afterwards as it also died down in the news front as the product went into production. My interest was rekindled after he showed me his red Kickstarter edition one. This was a good few weeks before they started selling it to the general public.

The Pebble has a very simple design language. Theres not a whole much going on. You have a slight curved front with a few hard buttons on the side and a flat back. I like it. Its not trying to be something that its not. Its a straightforward watch except smart. The included belt is a plastic one which might be a negative point for some but it can be swapped with any 22mm wristband. 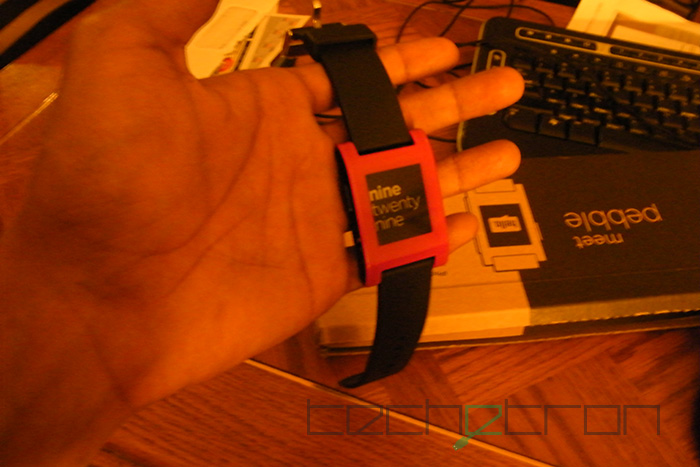 The left side has one button that takes you into the menu and two contact pins that connect to the charging cable magnetically. The right side has three buttons – up, down and select for the navigation. The display is 1.26” e-paper display with a resolution of 144 by 168 pixels. Its not the best – don’t expect high quality graphics on the Pebble but it gets the job done. The display is not the same as e-ink that is found on ebook readers. Its more of a monochrome LCD and it suffers from viewing from an angle and under direct sunlight unlike e-ink. The watch is rated as waterproof up to 165 feet underwater but that is something I did not test out (the watch not being my property!). Battery life is rated at more than 7 days. I charged the watch right after I got it and during the week I tested it I did not have to charge it.

The watch feels good on the wrist. Its light and I actually liked the plastic wristband as it was non intrusive on the skin. I do have thin wrists though, so the Pebble at times did feel like I was wearing a watch that was a size too big for me.

Setting the Pebble with my phone literally took seconds. I turned on bluetooth, detected the Pebble and connected with it with no hiccups. Pebble has companion apps for both iOS and Android. The android app had settings for push notifications and seems to allow third party notifications as well. During my test week, I only had emails, text messages and facebook messages turned on. They seemed to work fine most of the time. Sometimes I did notice that the notification would not get pushed immediately. 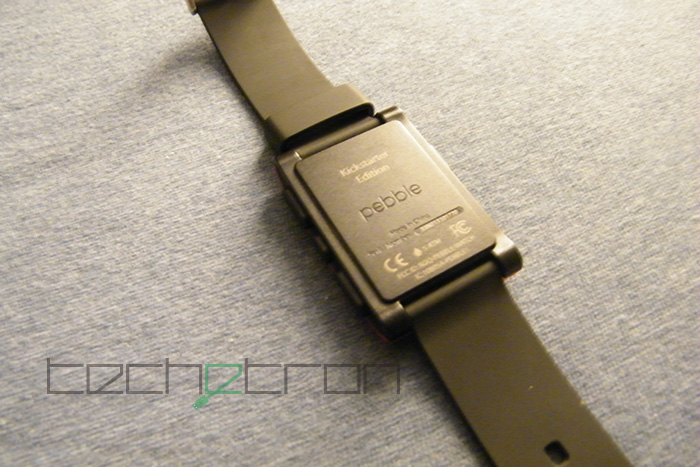 The Pebble is pretty straightforward to use. As mentioned earlier, button on the left goes to menu and the buttons on the right are used to go up and down and select. There are ‘watch faces’ that you can choose that basically change what’s displayed on screen, or how it’s displayed. I had nine choices, ranging from an analogue clock to a futuristic dot matrix. My personal favourite was the face that wrote the time in bold black and white text (for ex, “nine forty five”). My housemate thought it was the laziest thing but I loved it! Also, heres the cool part – the watch faces are customizable. So you can download new ones as well. The friend I took the watch from had a face called Glance installed which up front showed all the notifications. No. of missed calls, texts, emails etc. Hes goes on long bike rides so something like that is useful for him. 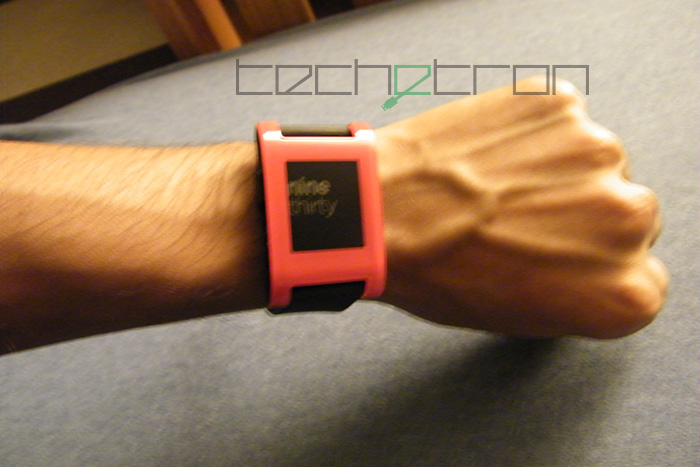 I noticed ‘accidentally’ that the watch detects shakes of the wrist to light up the screen. That is a feature of the Pebble, but one I did not read about before. So the surprise was good! It was pretty useful to use at nighttime and in the dark. Just shake and see the time or notifications. From a usability perspective I have to say it was hard to judge how ‘useful’ the Pebble is without using it. Because using it reveals some tiny annoyances that one has with using a cell phone. Things we take for granted. Let me list a few – taking out the phone everytime there is a buzz, taking out the phone even when there is no buzz just to see notifications, checking the time etc. Thats under normal conditions. Special would be – when running, biking etc when you won’t be taking out your phone anyway. These are things we do naturally now but once I started using the Pebble, having it just tell me what the notification was or whether there was any was a welcoming change. It made a lot of difference at work, where I did not want to take out my phone all the time. I could discreetly keep up to my date through the Pebble. Another quirky benefit is to glance whether a notification requires your immediate attention or not. 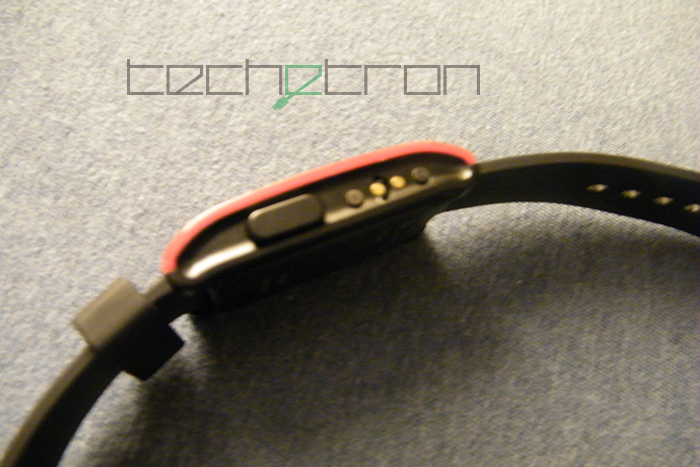 I did not get into installing custom apps for the Pebble – thats something I chose not to do especially since it was borrowed. However I did check out their app collection online and even though its minimal at the time – there is a healthy developer community around it. People have started making games, calendars and a lot more. Now that the Pebble is sold at retail, the developer base will surely grow as well.

I like the Pebble smartwatch. Its simple, to the point and easy to use. Its a cool watch on its own and getting to glance at notifications works really well. Throughout the article I made no mention of other smartphones but now that we all know what the Samsung Galaxy Gear is like, my points on why I like Pebble makes more sense. Its not trying to be gadget on your wrist that does everything. One that attracts attention. One that has features that your phone already has. Those I feel – are a distraction. Its not an innovation in the sense of doing something better. So the Pebble for me slides into a very comfortable zone where its functioning as an assistant and nothing more. And I don’t want it to be anything more. Simplicity is key.