Samsung has unveiled yet another Ultra HD television after revealing a 105-inch curved one that they would be showing off in the upcoming CES event to be held in Las Vegas. The 110-inch inch Ultra HD television would initially be available in only China and the Middle east. The top elites and the Sheikhs would most likely grab this product and change the outlook of their living room. 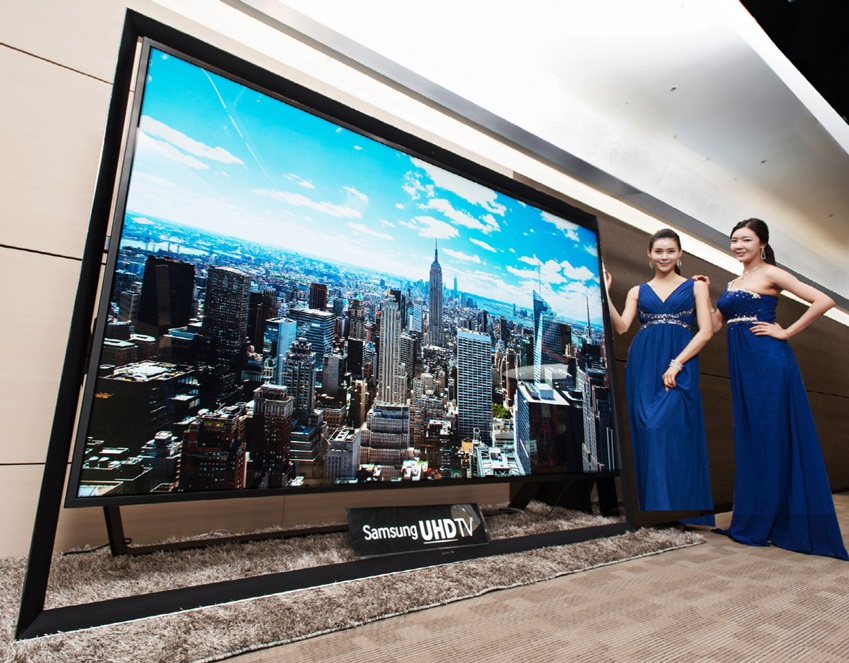 According to the picture, the gargantuan flat 4K-resolution TV is fitted in a freestanding metal frame. Samsung did not provide much details regarding the TV yet. All we know is the size and the resolution

What features are available? The TV would have features similar to that of its sibling such as upscaling from Full HD to Ultra HD. A three way 2.2 channel audio setup, Smart TV functionality and Samsung’s Precision Black Pro technology which would be able to provide a high contrast ratio.