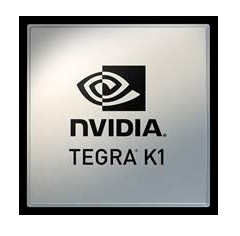 CEO of NVIDIA Jen-Hsun Huan took the stage today at CES to finally wrap off the strings from the company’s latest mobile processor for Android, the 192 CUDA-core Tegra K1. The processor is so powerful that it would transform the present trend of ‘smartphones’ to ‘superphones’. The Tegra K1, according to the CEO, is not only designed for tablets or smartphones but also for consoles, cars, 4K Televisions as well. Speaking of consoles, we wonder which console would embedd this processor? 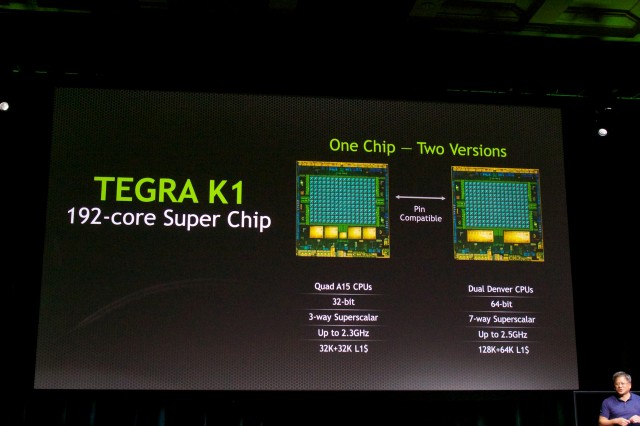 The CEO also doesn’t want to call the Tegra K1 as the Tegra 5 because it isn’t linear to the previous Tegra 4. To them, it is the most successful architecture ever created. The Tegra K1 incorporates the Kepler GPU which is currently dominating the graphics market. Indeed, the new chip isn’t just a mere upgrade, the processor’s Kepler GPU is capable of bringing top class gaming power that we normally find in laptops/desktops to the mobile devices. Most importantly, it manages not to suck much of the battery life while in process.

The Tegra K1 will be coming in two versions:  32-bit Quad-Core ARM Cortex A15 processor and 64-Bit dual-core Denver ARM CPU. The Denver CPU, which was announced as ‘Project Denver’ in CES 2011 is the first ever developed by Nvidia.

Have a look at the video below to see the power of the Tegra K1 where the company shows off photo-realistic scenes.