Ubuntu brings with it a unique skill set that some modern OS’s seem to lack. It’s more customizable and open than OSX and far superior than Windows in performance. Saucy Salamander (13.10) in particular has some amazing features: 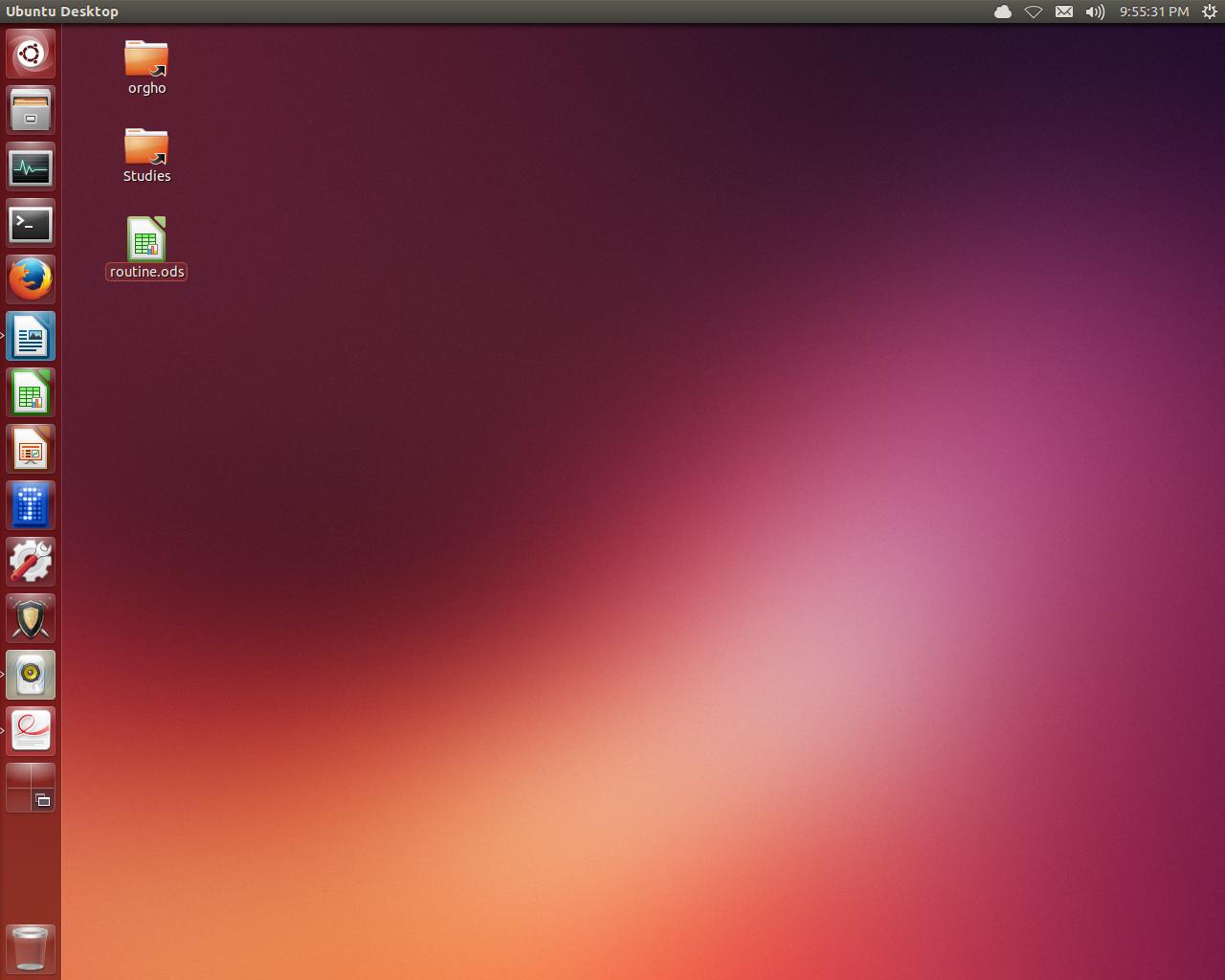 User interface: I personally love the clean look of the unity interface. Since it was designed with netbooks in mind, the interface makes very good use of whatever real estate is available. A minimalistic interface if I ever saw one, it is clutter free and does everything in its power to maximize the space available to you. Unity looks simply stunning, using a lot of the transparency and drop shadow effects like Windows while maintaining computing speed. In my opinion, it seamlessly combines the best parts of the UI’s from Windows and Mac. Very Zen. 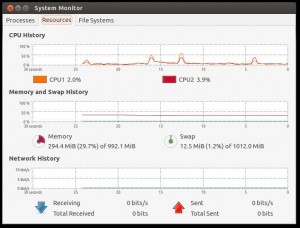 Resource Management: As an OS, it is small and tends to suck up very little system resources. The software also uses little resources which results in a lightning fast computer that is both swift and fluid in its movements.

Workspaces: Another tactic to increase desktop space, it basically allows for multiple monitors that you can easily switch in and out of. It also means programs can be easily organized, with music on one workspace, work on another and so on. The number of workspaces can be customized from terminal.

HUD: A life saving feature for those programs that you either haven’t used in a long time or those with a mind boggling number of menus. Basically, after pressing <alt> you can search the menus from a bar that is superimposed on the application. 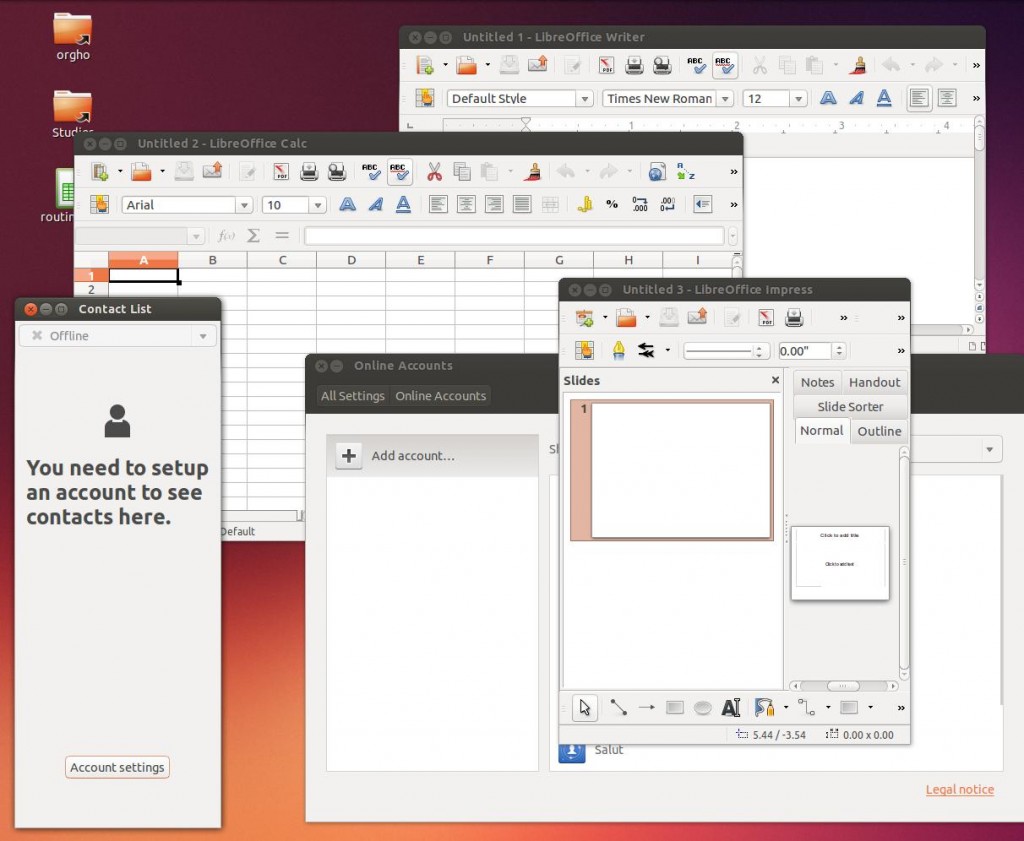 Pre-bundled Software: It comes with a whole host of prebundled software, meaning you can get up to speed in a very short amount of time. Libre Office is a good competitor to Microsoft office and Empathy is the best messenger program I have seen for its unified interface.

Security: Ubuntu has amazing security features such as not running with root privileges, but rather asking for password as and when required. This means software can’t cause root level changes to your computer without your authorization. Moreover, there are very few viruses for linux because of the huge number of distros.

I’m not sure where to put this because some users like me love this feature, while others loathe it. 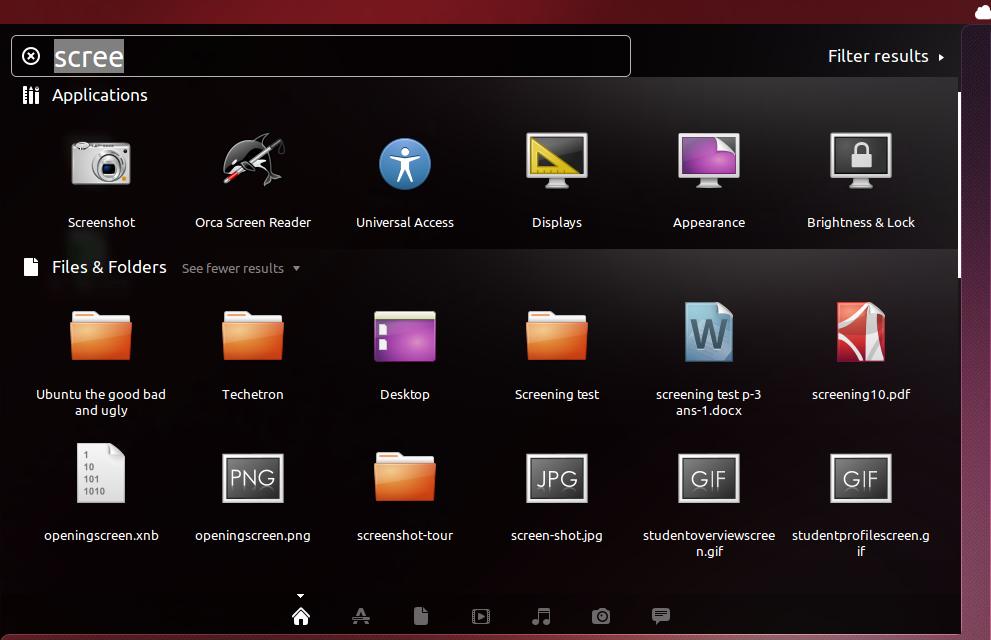 Dash: This is basically an all in one search bar that searches the web along with your PC. It uses instant searching and a trickle in method to not slow down your local searches. A number of scopes are used to allow direct searching within Amazon, Google drive, Facebook etc. While this is an awesome feature that the Ubuntu experience pretty much hinges upon, many people are worried about their privacy since search results are sent to Canonical Servers. It is possible to opt out of the web search, the process to do so is needlessly annoying.

The OS still has some flaws.

Some minor issues: The UI isn’t perfect and still has some minor issues, like the fact that the launcher icon doesn’t act as a toggle between minimize and maximize and can be used only to maximize. There may be some error windows that randomly pop up from time to time, labeled as ‘internal errors’. Finally, sometimes, the Dash is displayed beneath the focused window which makes it impossible to use. You have to logout and re login to fix it.

Unsupported file types: Stock Ubuntu can’t support playback of many file types like MP3 and MP4. While I understand that this is due to copyright restrictions and they can’t do anything about it, it still irks me to have to install a package to get these basic stuff to run.

Compatibility: If you regularly collaborate with others on projects, odds are that most of them will be using Windows. While Libre Office does support MS office formats, formatting may be lost and some features rendered unusable. These issues, while easy to resolve, take some time to do so which eventually gets on anyones nerves. 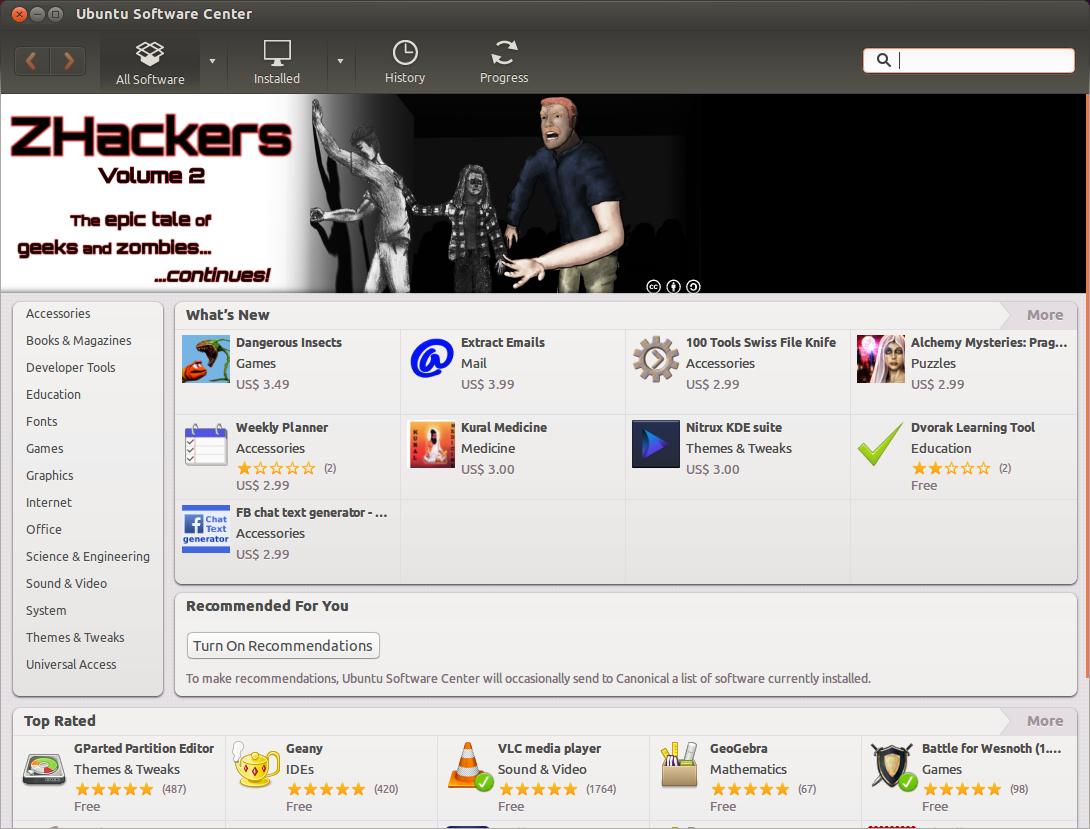 Software installation: The software center that comes with Ubuntu makes installing software a breeze if you have access to Internet, but without Internet, the entire task is an arduous process that can take even days of manually downloading packages and dependencies onto another PC and then transferring them, and god help you if you only have windows or Mac lying around with an Internet connection.

Software: Even now, the Linux platform in general doesn’t support nearly as much software as windows. A lot of essential software like the Adobe creative suite is missing and while Wine does a lot to bridge the gap, it’s more like a hit or miss experience.

Forget about playing any major title on Ubuntu because all of them require DirectX, which is available only on windows.

Ubuntu is the OS for you unless you’re a developer or gamer. If you are a developer, gamer or require specialized software, it’s best to stick with Windows, but if you like to customize, you will find Ubuntu fun to use.