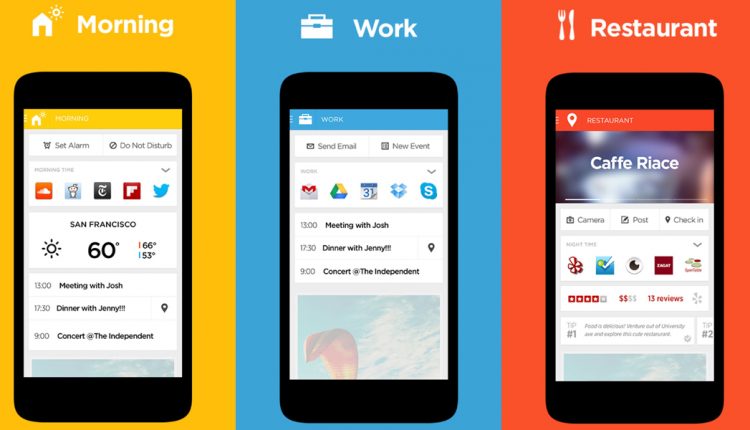 
Our favourite intelligent homescreen just got a lot better.

Aviate, the intelligent home screen that we all talked about back in late 2013 (and then stopped talking about soon) launched their stable app a couple of days ago and WHOA that is a makeover. The app launched its beta release back in October 2013 and was acquired by Yahoo in January 2014. To start off the app is launching with a new name, Yahoo Aviate, a revamped look and a new Yahoo-esque icon to go with the whole Yahoo look.

The Aviate beta app that came out in October 2013 had algorithms which used your location, and the time of the day to bring you the apps you need and when you need it, like showing the news apps in the morning, email apps at work and, at a later beta release, even music app controls when you are listening to music. 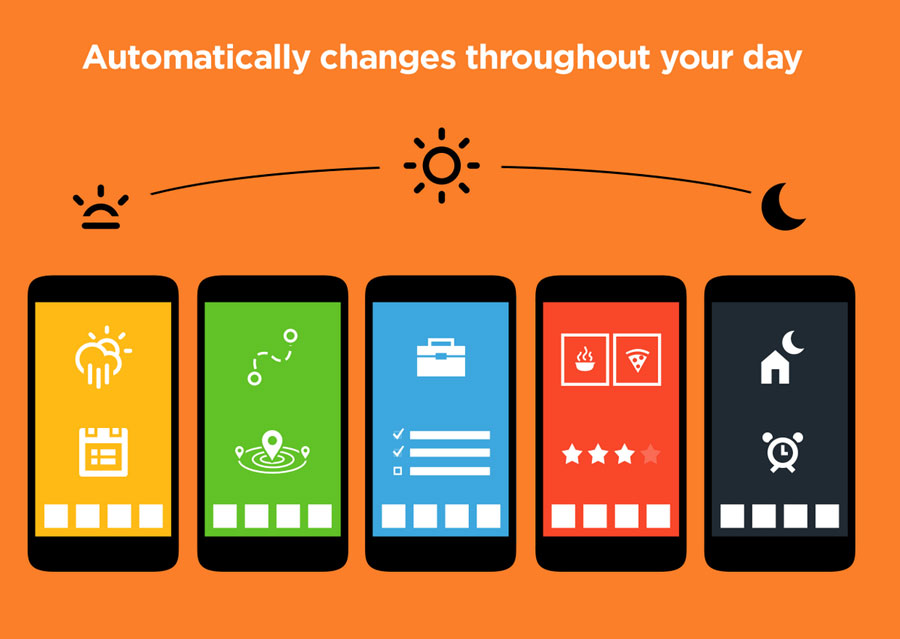 But the new app is that and so much more. With Yahoo’s acquisition, the new app focuses more on delivering content to you, rather than just apps which direct you to the content. For example, when you first start the app, you get a Yahoo News Digest widget and a Yahoo Weather widget even if you don’t have those apps. Clicking on any news headline will take you to the News Digest app, or in the case that you don’t have it, to the Google Play Store page for the app.

It’s like Yahoo is bringing back the Yahoo homepage to people in their home screens. Of course, if you don’t like the Yahoo versions of Calendar, News and Weather, you  can just scrap those and get your own widgets on the same page. Yahoo Aviate also gives users a faster way to contacting their favourite contacts by swiping up from the home screen to show the most recently used and favourite contacts. The launcher also includes some subtle new features like a daily photo from Flickr when you swipe left and also and option to set the picture as your homescreen image.

“We learned in our beta period that 40 percent of app opens were related to communicating with people,” says Aviate founder Paul Montoy-Wilson. Thanks to Aviate’s newfound resources at Yahoo — the company has grown from seven people to more than 25 since the acquisition — they were able to build out Favorites in just a couple months.

The founders also said that even though they currently use content from Yahoo, but as Aviate grows, they will cater to users’ demands and deliver other content that is best for users. We knew at Yahoo there would be content we could use from within Yahoo, but Aviate will still put in front of you whatever the best content is for that specific context is,” Mark Daiss says. “We will remain very agnostic.”

Aviate is one of the most intelligent and contextual home screens out there, and one of our favourites. Unlike other home screens like TSF Launcher and Next Launcher, Yahoo Aviate does not focus on customisability, but it instead uses the inter-app integrating power of Android to bring the right content to you at the right time.