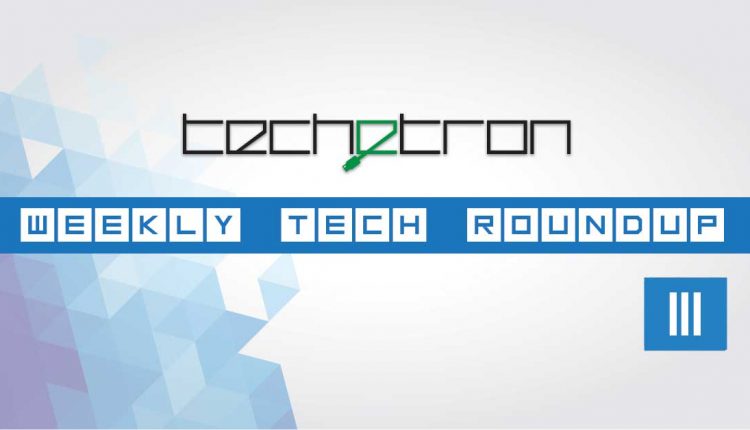 Google has never really detailed much about Project Tango aside from stating that the device has numerous sensors that allow it to map environments in 3D in real time. Google now has plans to send Project Tango smartphones to space! NASA’s Synchronized Position Hold, Engage, Reorient, Experimental Satellite program, or SPHERES, aims to create useful machines that can manoeuvre through and understand their surroundings, which will eventually lead to robots that can take over the daily chores of astronauts. Chris Provencher, Smart SPHERES project manager said: “We wanted to add communication, a camera, increase the processing capability, accelerometers and other sensors. As we were scratching our heads thinking about what to do, we realized the answer was in our hands,”

A day after Sony teased a selfie phone, it announced the Xperia C3 whose highlight feature is a 5-megapixel front facing PROselfie cam. Sony’s new smartphone looks poised to capitalise on the ever growing popularity of selfies but the real question is whether or not people will buy a smartphone solely for its front facing camera.

After securing the title of having the tallest building in the world, Dubai is once again planning to bring another title home. This time with the world’s first temperature controlled city, which also doubles as the world’s biggest shopping mall. The 4.5 million sq m shopping mall, named Mall of the World, will  include the world’s largest indoor amusement park and shopping mall, 100 hotels and serviced apartment complexes, a 300,000 sq m district for medical tourism, and an entertainment center to host 15,000 people. The indoor city expects to draw 180 million in the 40°C summers. Commenting on the new project, HH Sheikh Mohammed said: “The growth in family and retail tourism underpins the need to enhance Dubai’s tourism infrastructure as soon as possible. This project complements our plans to transform Dubai into a cultural, tourist and economic hub for the two billion people living in the region around us; and we are determined to achieve our vision.” 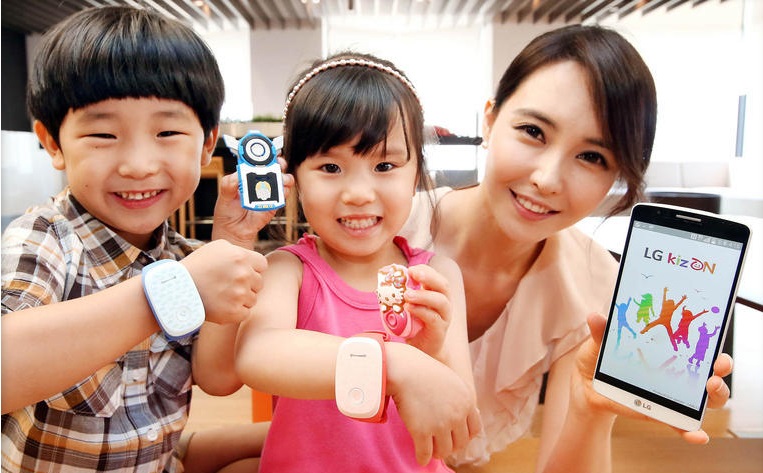 The Korean manufacturer, LG, launched their newest line in wearable technology, dubbed the KizON. The LG KizON is a wearable targeted towards children and it acts like a tracker-cum-baby monitor. The water resistant wristband will come equipped with GPS and WiFi to track the wearers whereabout on a smartphone. 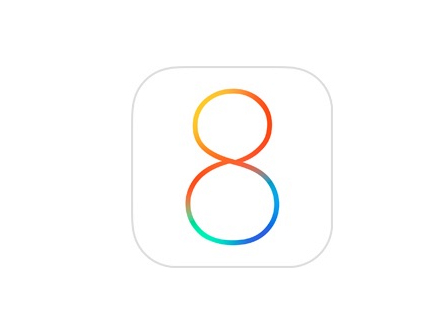 Last week, Apple released another beta for its newest iOS which is scheduled to release this fall. Although most of the features for iOS 8 was announced at WWDC 2014, Apple has only been refining and adding new features with its beta releases. With this release Apple is turning of iCloud Drive to beta testers, added expandability for their Health app, tweaks to their Weather app and added support for Wifi Calling.

Though Samsung remains the #1 Android OEM in terms of market share, things have been a little gloomy for the tech giant. In Brazil, a Hollywood style factory heist left the company robbed of products worth nearly $6.5 million. Soon after, Samsung announced that it observed a 24% year over decline in operating profits. If things were not sour enough, there have been recent allegations pointing towards the use of child labour in some of its Chinese suppliers’ factories. 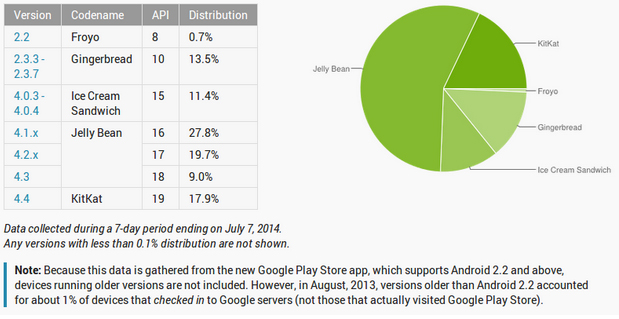 Google this week released figures showing the percentage of devices running different versions of its operating system. Jelly Bean still commands a vast majority of the share but KitKat has seen a steady increase in numbers and is expected to catch up to Jelly Bean by the time Android L rolls out.

The South Korean electronics manufacturer is infamous for releasing multiple variations of its flagship device and this year was no different. Samsung’s Galaxy S5 mini features a 4.5 inch Super AMOLED display with a resolution of 1280 x 720 pixels, an 8-megapixel camera along with a 2.1-megapixel front-facing shooter and a 1.4GHz quad-core processor paired with 1.5GB of RAM and 16GB of built-in storage (expandable with a 64GB microSD card).  It sports a 2,100mAh battery and offers the same software package as the flagship running Android 4.4 KitKat out of the box with Samsung’s TouchWiz on top. Additionally, the S5 mini retains the IP67 dust and water resistance certification of its larger sibling.

9.  Vertu & Bentley Team Up To Make A Super Expensive Smartphone

What do you get when one luxury company teams up with another? You get outrageously priced products. So that is what we are expecting from Vertu and Bentley after they partnered up to for five years to create five new phones. Even though we don’t know for sure what the smartphones will run, we do know that they will come with exclusive Bentley content and “experiences” packaged in a pre-installed app. Vertu is notorious for the luxury phones the hand make for the 1%.In the past the company has released one device wrapped in titanium and leather, and another smartphone with a physical QWERTY keyboard made from precious gemstones. 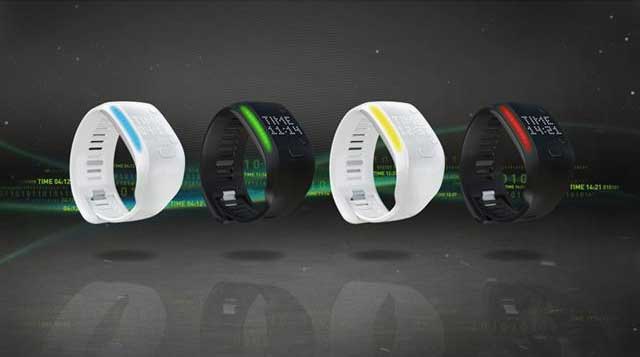 Adidas recently announced its Fit Smart Wristband which unlike most other wearables is just for use during workouts. The device measures the wearer’s heart rate, calories burned, distance and stride rate and displays the relevant information on an array of LEDs. Adidas says that the battery of the device should last for 10 hours per charge. The Fit Smart will  launch on August 17 for $199. At this price point, Adidas has to compete with numerous other wearables on the market that offer all that the Fit Smart has and more.