Smart wearable device have not been around for too long, nevertheless throughout the past century we have seen multiple adaptations (in both science fiction and reality) pop up and disappear into the hall of fantasy gadgets. Back in the day, the move away from pocket watches to wrist watches was a big deal but now technology is adapting to persistently be everywhere around us and even on us! 2013 was the year the wearable craze resurfaced and 2014 was deemed by gurus, critics and tech pundits around the globe to be “The Year of the Wearables”. Although it can be argued that 2014 has not seen THAT much wearable excitement, the topic remains one with accumulating heat.

When we say wearables, most people generally refer to smart watches or fitness bands but sometimes there is the one person who mentions Google Glass. When Google Glass was first announced, tech geeks around the world dropped their jaws fantasizing about the “Future of Technology”. Fast forward to 2014 and Glass is not where most people expected it to be by now. Over the same course of time we have seen Samsung release its Gear branded smart watches, two version of the crowd funded Pebble and the birth of Android Wear along with hype over the highly rumoured iWatch. Google Glass on the other hand had just the Explorer program to talk about and that too was for a very niche market.

What are these wearables and what do they do?

Android Wear devices in the most simplest terms are smart watches that allow you to view and interact with notifications using Google Now, oh you can check the time too. The watch form factor also allows it to be used as a heart rate monitor (provided it is built in like in the Gear Live). Functionality is limited for now but should vastly expand in the coming months to allow you to do more things. For the time being, its job is to keep your smartphone in your pocket for as long as possible.

Google Glass is essentially a Google Now powered pair of spectacles that allow you to use its camera, microphone, earbuds and small screen to see the world in a completely new perspective. You could for example play an augmented reality game using the camera and screen or maybe look up your distance traveled or time elapsed on a cycling trip. Glass can ideally be used for tasks outlined in science fiction. When first announced, it reminded me of the Scouter found in the Dragonball series and incredibly enough Google Glass is a device which is more superior to the infamous Scouter. The possibilities with this technology borderline limitless.

So what is the problem? 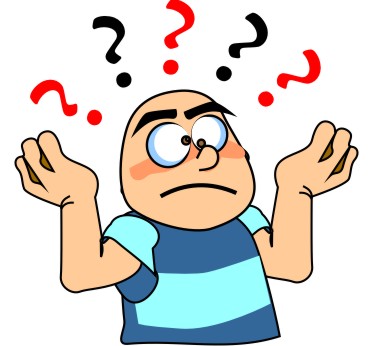 Ask any technology writer, “Smartwatch or Glass?” and you will invariably see most going for Glass. Why? Because of its unbelievable potential. So why do I not own one yet? Simply because it costs a whopping $1,500! Also it is only available in the US and just recently in the UK. Android Wear devices on the other hand are around the $200 mark which is reasonable given that it can provide the same Google Now functions.

To add to that, Android Wear devices are being marketed by Google and its partnered OEMs whereas Glass is not. However what is more damaging to Glass, even more than the over the top price tag is the law. When you put a camera on spectacles that can record whatever you see without anyone else knowing, things get messy. People could misuse the technology and invade others privacy with it or worse, steal corporate information without being noticed. The law has not been kind to Glass nor has society in general.

Glass wearers have been frequently asked to take off the device in meetings, while driving or even in bars and washrooms. The concern of privacy is understandable but technically speaking, if someone were to invade others’ privacy then he could easily do so with a smartphone. In my opinion, Glass is as harmless or harmful as any smartphone out there. What Google should be trying to get across the board is how Glass can actually help society. Imagine being able to immediately record a criminal act and directly reporting to local authorities or using glass to get directions whilst walking or cycling or even driving. The functions of Glass are merely limited by what developers can dream up of.

I believe Google Glass and Android Wear devices can not coexist. If you have Glass, there is absolutely no need for Wear and if you have Wear, owning Glass along with it is just a silly waste of money. Glass has the potential to actually replace smartphones someday in the future whereas smart watches do not have the same prospect to actually replace a smartphone. The sad truth as it seems to be right now is that with the development and commercial performance of Android Wear devices, Google Glass will slowly recede into the shadows and fade away. Android Wear devices are much cheaper, less invasive and provides a medium of information absorbtion more familiar to users.

Google is arguably the most powerful company on the face of our planet right now. It has a laundry list of products and services that we use daily and possibly knows more about us than our neighbours. This type of power allows Google to do things for the sakes of experimentation. Right now it may appear that Google Glass has no commercial future however, that does not mean that the world’s most valuable company will not be able to improve upon a concept and bring it to the market as an incredibly useful device years from now. The very first smart watches were released over a decade ago by Microsoft and they never caught on. In the present day they have evolved to headline the news and be worn around millions of people’s wrists. Who knows, ten years from now Glass could be the next big thing.