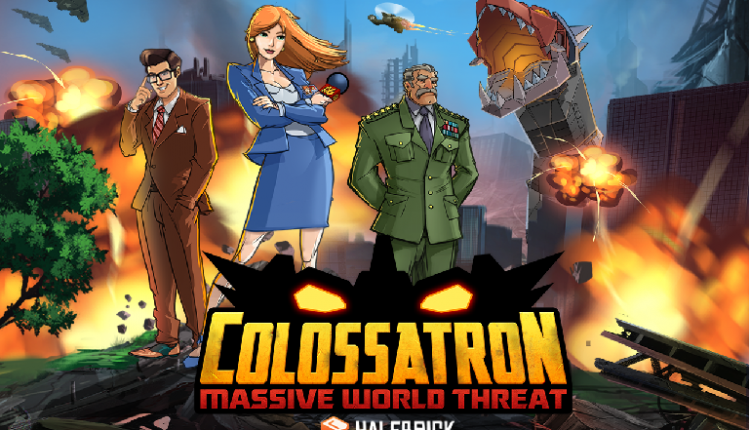 
Collosatron is a massive world threat. A giant robotic snake-like being from outer space has come to earth with only one goal in mind: destruction. Your goal? Help build Collosatron into the mechanical behemoth it needs to be to crush and wreck everything in its path, all of it telecast by Action News 6, as they view the scenes of destruction via helicopter with news anchor Rick Dalton and on-site correspondant Katie Hazard. And that telecast is basically your game-screen as they follow Collosatron. 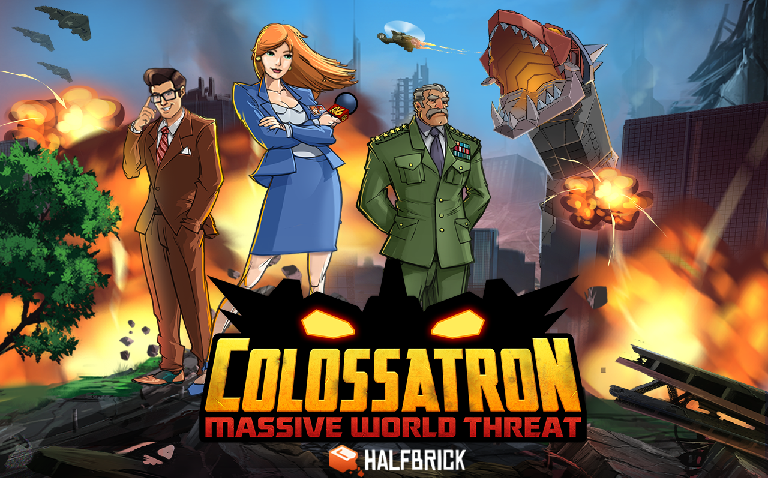 Control the monster to lay waste to whatever city you’ve targeted, while battling General Moustache’s often-times absolutley overwhelming military units (who is leading the army against Collosatron to try to stop it). Collosatron is powered by these powercores of six different colors, with three primaries – red, blue and yellow and three secondary – purple, green and orange. You are initially given four cores pre-destruction, two each of any two primaries. Drag them to Collosatron to start building your beast. You will end up combining to at least one secondary color so depending on what kind of weaponry you’re currently equipped with, you need to choose what colored powercores to stick with. Each location has four cities with the final one being a capital that generally tends to have the most enemies and usually the toughest. Each location has a boss fight but those are not as tough as the sheer number of forces that are thrown against you in the capital. You can collect currency and prisms as you play. Prisms help you update your armony. Each color of powercores has four different kinds of weapons you an equip. You rotate through them for free and but you can unlock a type of your choice in exchange for a number of prisms. Currency is collected through the destruction that you cause and can be used pre-destruction to repair damaged cores, obtain new ones or reconfigure them. Finishing each location opens unlocks gadgets to help make Collosatron stronger and more powerful. This is definitely one of the more fun games I’ve played and very addictive. Another awesome game Halfbrick, the company that brought us Jetpack Joyride and Fruit Ninja. One of the best things about Collosatron is that each round isn’t typically very long. I find myself going a few rounds when I’m waiting for the bus or the cafeteria line at school.