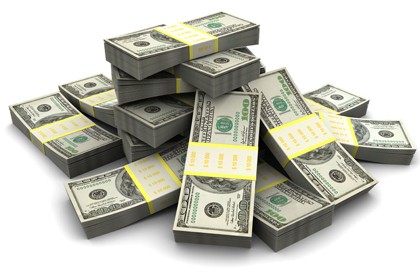 
Accounting has come a long ways from the days of the abacus.

Today, we have a slew of accounting software and application options that can handle one specific task for your small business, or track the entire health of your business. And with the advent of cloud computing, all of that can be done from anywhere in the world with an Internet connection.

Here’s a brief history on how we got there:

Following the Crusades, business — in the form of trades and barters — grew exponentially across Europe and the Middle East. Many businesses grew beyond their ability to have just one owner or employee because it was too big to manage. When this happened, everyone involved in the system needed a way to document transactions to ensure smart decisions were being made and that no one was trying to commit fraud.

That basic paper-and-pencil method of documenting the business evolved into the general ledger that we’re all familiar with today. Those fundamentals are still used today, but technology has helped made things easier. In the 1960s, massive computers with minimal power helped us manage those accounts on spreadsheet programs, like Excel. It was a huge jump-forward, especially for large corporations, but the accounting programs we know today, jam-packed with automated features were still a couple of decades from being available.

Even then, however, some firms in the early 1980s felt computers weren’t necessary. That, of course, changed pretty quickly.

Intuit was founded in 1983 and sold personal finance programs Quicken and TurboTax, in addition to a small business accounting program called QuickBooks, which ultimately set the accounting world on fire. With QuickBooks, manual entry — as much as accountants wanted it to stay around — became a thing of the past to a certain extent. Server space was still limited technologically, but the day-to-day work became faster.

In 1994, QuickBooks purchased the rights to use the double-entry accounting program called MoneyCounts, making QuickBooks the most powerful accounting software on the market. It became the industry standard, and for the most part, remains so today.

The software has advanced, and more competitors have popped up. The most-desired feature is remote access through the cloud. Several companies, like Xero, were ahead of the curve on cloud technology, forcing QuickBooks to play catch-up and potentially costing them some future clients.

In 2013, QuickBooks was completely rebuilt, allowing third-party app developers to integrate with the software — another feature that Xero had from the beginning in 2006.

Today’s accounting software is more than just black-and-white spreadsheets. It’s colorful graphics, inviting dashboards and easy-to-use functions. Today’s software simply requires someone that has some kind of understanding of business and how to use a computer.

The results speak for themselves, offering up a live, real-time feed of a company’s financial health, outstanding invoices and much more.