Apple is known for its obsession to detail. It shows in their products, beginning with design and ending with functionality. Keeping that in mind, the company has been working on the Watch project for a while now, and they’ve been collecting data through their employees.

The company has a secret workout lab where they’ve been testing out the Apple Watch’s health and fitness features—ABC’s Good Morning America recently got a tour of the facility, which is absolutely fascinating, to say the least.

Apple fitted volunteers with sensors and creepy-looking masks worth millions of dollars to collect data on exercises and physical activity. All that data was put to use to help design the Apple Watch. 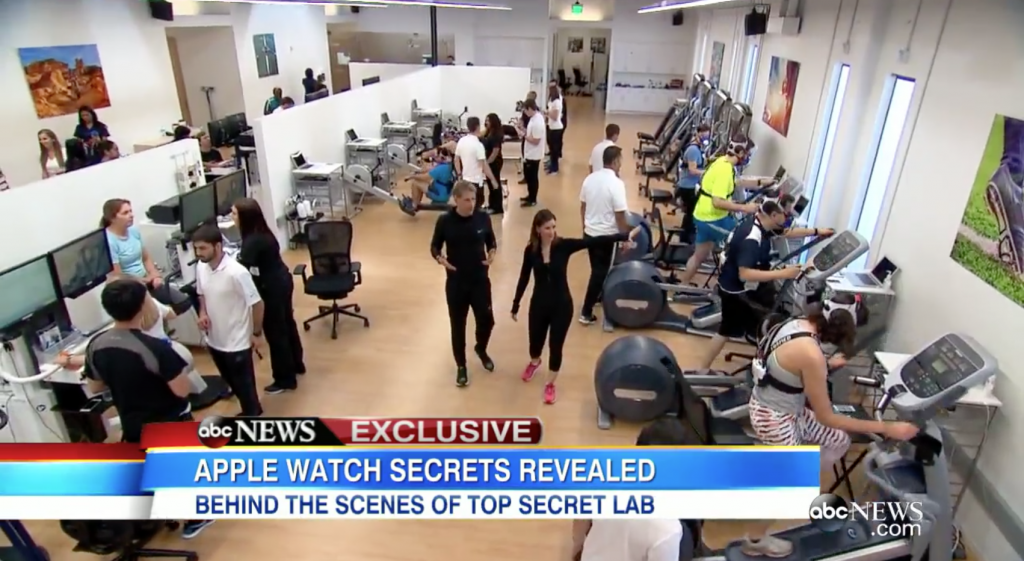 As you can see from the video, the lab looks just like a regular gym with treadmills, rowing machines, and whatnot. Apparently, the employees weren’t told what project they were contributing to, but I’m sure they’d figured out it was a wearable of some sort.

They also have “climate chambers” that simulate extreme weather conditions. The company is also noted to have visited various locations throughout the world, including Alaska and Dubai, for outdoor testing.

The fitness tracking market has expanded over the past couple of years, and there are quite a few big players in it, including Microsoft and Fitbit. Quite interestingly, trackers placed on the wrist are far less reliable than ones placed on the chest.

It’d be interesting to see if Apple’s data collection and testing will have a substantive impact on Apple Watch’s reliability. We’ll find out for ourselves come April 24.