The cat is finally out of the bag! The successor to last year’s self dubbed “Flagship Killer” has been hyped and teased on the internet like crazy and it seems the PR team at OnePlus has made the most out of it. Enough with the chit chat, time for what EVERYONE has been waiting for!

The OnePlus 2, like its predecessor, has some killer specifications. Although I loathe the absence of a microSD card slot and the base model with 16GB internal storage, the rest of the specifications look to be on point. The option for more RAM for the 64GB model is also great in my opinion. Another spec I’d like to point out is the resolution of the display. OnePlus opted for a 1080p display instead of hopping on the bandwagon of super high pixel densities. Whilst this means that it won’t have the best screen in the market, the company makes up for it with greater potential  battery life.

Speaking of the battery, the 3,300 mAh unit apparently gets you about 4.5 hours of screen on time according to famed YouTube personality – Marques Brownlee. The same person claims that due to the use of USB Type- C and the lack of quick charging, it takes about three hours to get from 25% to 100% which by any means is not a positive. A controversial addition to the device was the Snapdragon 810 v2.1.

The original 810 was infamous for overheating and thermal throttling and got HTC into some trouble with the press. OnePlus on the other hand claims that this version is superior and does not suffer from the same issues. And finally, the fingerprint reader/home button. OnePlus uses a fingerprint sensor similar to the one in the HTC One M9+ and claims it’s better than Apple’s Touch ID. It’s a tap based button but can not be pressed. Like the OnePlus 1, you can choose between on screen or off screen buttons based on your preference. 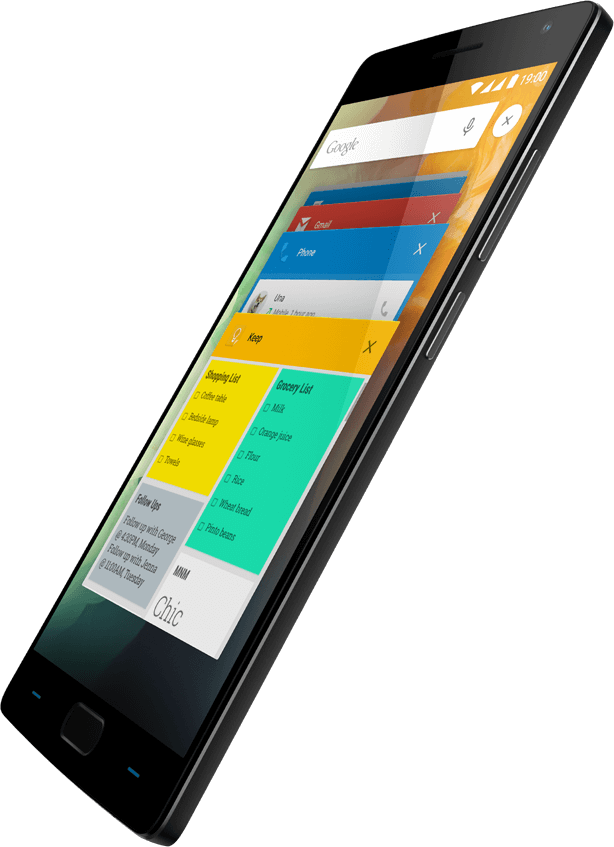 OnePlus has opted for a aluminium-magnesium chassis that goes around the sides of the device – similar to the Galaxy Note 4. All the buttons are stainless steel and the back features the same style swap concept that we saw in the OnePlus 1. For now we know about the following finishes:

OnePlus slowly released information about the new smartphone through the past couple months but one thing that took all by surprise was the addition of an “Alert Slider”. This is a sort of physical switch on the left hand side of the device that allows you to toggle between full notifications, priority mode and silent mode. This idea is pretty cool and appears to be of some use. 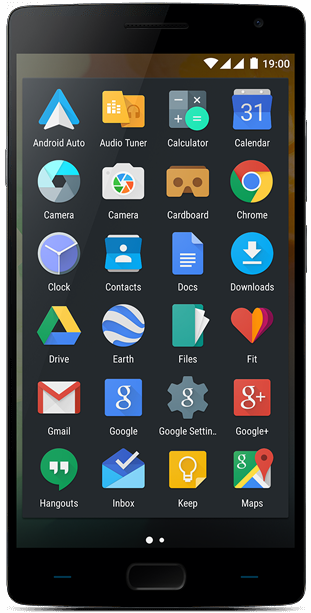 OnePlus has used their own Oxygen OS 2.0 on the device based on android 5.1 and from first impressions, it looks like a beefed up version of stock android. Everything looks and feels like Lollipop and seems to run nice and smooth. The OS was designed by members recruited from the Paranoid Android team hence a lot of expectations persist regarding the functioning of the OS. The main bonus of Oxygen OS over stock android is customization.

The price was what made the OnePlus 1 stand out last year and this year, even though it’s a bit more steep, OnePlus is offering a great bargain.

For just $50 extra, the 64GB model sounds like a much better option especially because of the lack of microSD support.

Just get the 64GB model

The 64GB model will be available from August 11 in the US and EU with an invite. The 16GB version will be available “later. according to the company. Even though last year’s invite system was a near disaster, the company claims they have refined the system this year and has increased initial device inventory to meet expected demand. However given that they horribly failed to judge demand last year, we have to wait and see how OnePlus handles consumers this year.