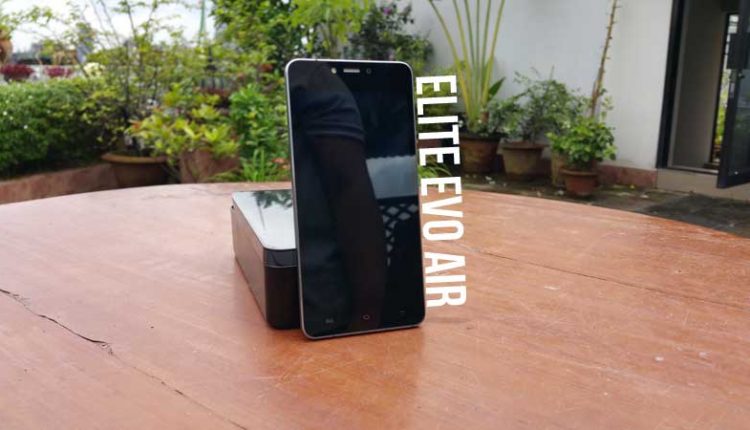 
Elite Mobile, a new smartphone company in Bangladesh, created a buzz in them market by announcing 7 new smartphones with one of them hidden; their flagship device Elite Evo Air. Few weeks back, Elite Mobile unveiled the fascinating Evo Air to the masse and has earned quite a good acclaim from all quarters. I really liked the way they promoted all the devices in the daily newspapers, online media and the video advertisements were well made, just shows they are very serious about putting a firm stand in the Bangladeshi smartphone market. 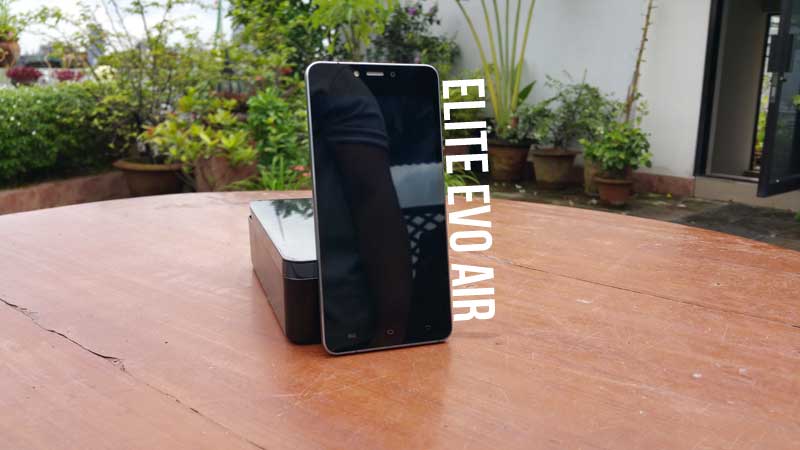 The Elite Evo Air is, simply put, awesome. Since I have used it for weeks now, let’s have a look at the in-depth review of the device..

The box of the Elite Evo Air is unique compared to the normal ones we see in the market. Most of the Bbangladeshi brands tend to provide a box made of hard paper but Elite Mobile wanted to make sure the Evo Air stay as a premium device with a premium plastic-cum-glass box. I really had a tough time unboxing the device with all the stickers here and there, cutting out the plastic and so on. 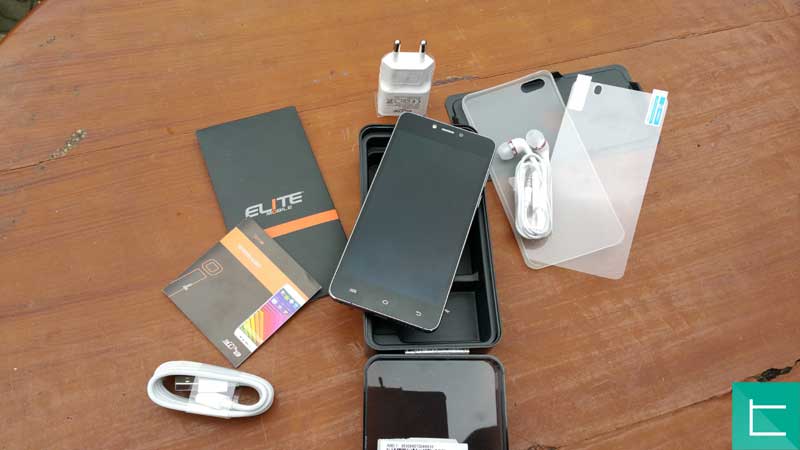 Once the box was opened, the device itself was harnessed well with a plastic back, making sure it doesn’t just come off. Apart from the phone, you’ll find the user manual with the pin ejector tool stuck with it, warranty card, two screen protectors; one for the back and the front, a rear case, headphones, USB cable and a charger.

The device measures 5.8mm in thickness which is slim but not super slim as we have seen other thinner phones. When I held it first, I did feel the premium-ness in it and apart from being slim, it is light as well. All these weeks of carrying the phone, almost everyone who approached me to have a look at the devce and appreciated the overall build quality. The entire chassis of the device is made of metal which makes the phone look nice and clean. It does give out a vibe of the similar build quality of Apple’s iPhone 6 and Samsung’s Galaxy S6. 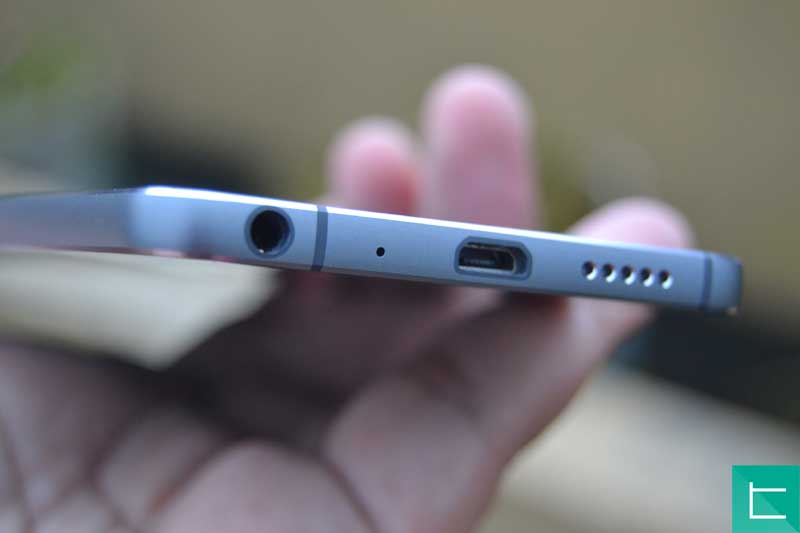 At the front of the Evo Air, we have the capacitive keys at the bottom, speaker at the top in between the front facing camera and the LED Flash. At the right, the volume rocker and the power buttons take the place with the SIM card slots at the left side of the device. The top is free of buttons but the bottom of the device has the 3.5mm headphone jack, microUSB port and the speakers. Instead of having the speakers at the rear, it was indeed a smart move to place it at the bottom. By doing so, the sound won’t be diminished when the device is placed on a surface. 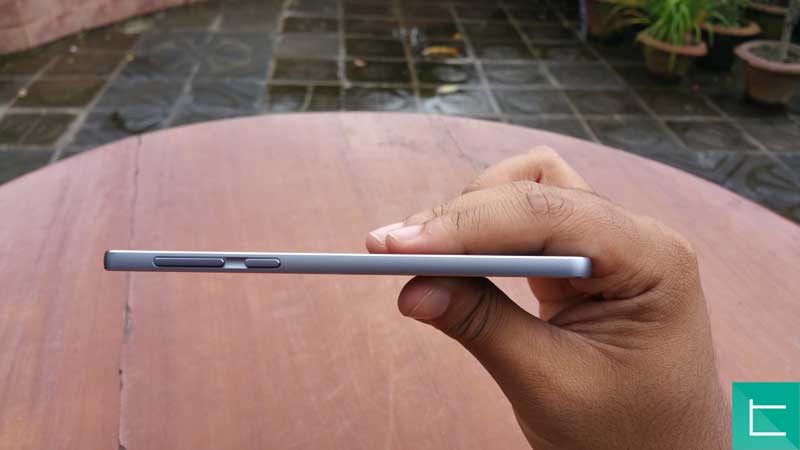 Sadly, the Evo Air has a non-removable cover at the rear and has glassy case (which won’t shatter as advertised). The 13MP camera is situated at the top left of the device with dual LED flash right beside it. 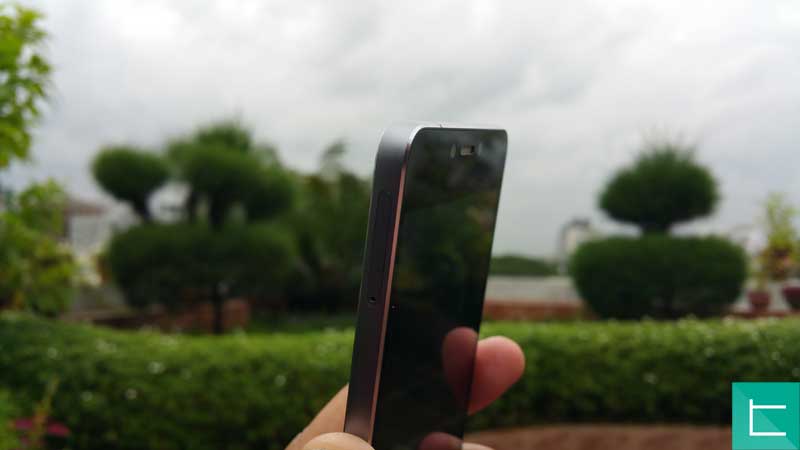 The design/build quality of the phone is impressive without a doubt. But at times, the device can be slippery due to the glassy finish at the rear. Good thing, Elite Mobile provides the rear case which fits in perfectly with the device and solves the ‘slippery’ problem. 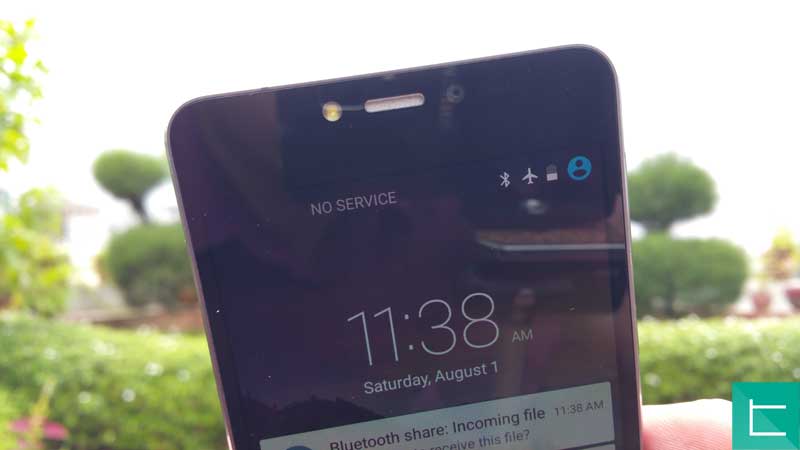 The 5.0” 720p Super Amoled display of the Elite Evo Air is a great addition which gives out true and vivid colors. At my home with brightness at full mode, it wasn’t a good idea since it sometimes made me blink thrice. Outside, the display is excellent with no problem of the display being dark. The full mode brightness works completely fine. Playing games, watching movies was soothing and at times, I did get confused whether or not the display was actually only 720p or 1080p. However, having a Full HD display would have been a steal.

The Elite Evo Air is armed with the very common MediaTek MT6582 quadcore chipset with a clock speed of 1.30GHz. For the GPU, it has the decent Mali 400 chip embedded in it which is quite enough to play games.

I played Modern Combat 5 (check video for the performance) and it ran pretty well but at times, it did lag when high graphics were being loaded.

The best part of Elite Evo Air is that it runs on Google’s latest Android 5.0 Lollipop. Although it doesn’t have the stock android interface, it might have been customised with a launcher. I tried finding out which launcher it used, but failed. But there’s always a launcher waiting to be downloaded to customize as much as possible.

Elite Mobile has also embedded their own app which acts as a help center for the user. For any sort of problems, users can easily call the customer center from this app and also find the address and contact info of service centers around the country. Also, the user can also activate value added services (VAS) for the desired operator that they are using from the instructions provided in the app. 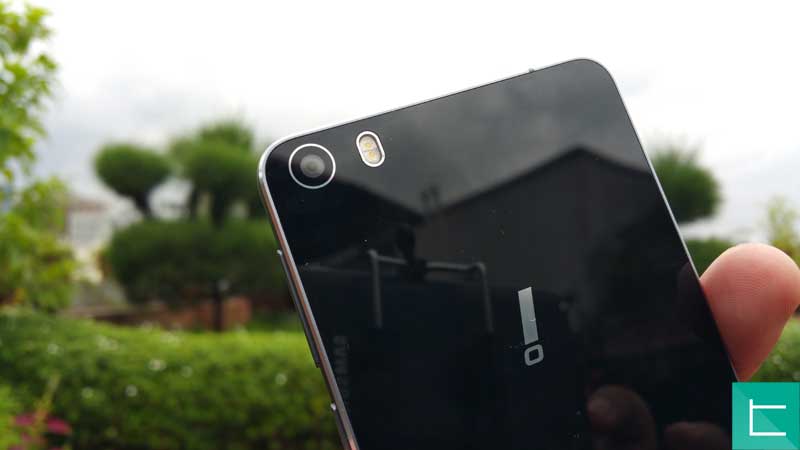 The Elite Evo Air has a 13MP rear camera with dual LED flash and a 5MP front facing camera which too has a flash, a very good addition for those who are looking forward to taking some good selfies with their friends and families.

The camera functions are pretty basic as found in other mobile devices. The camera quality is decent here as well. With HDR mode on, outside photography turned out to be real good. A great addition to the camera is the ‘smiley mode’- the camera automatically takes picture when the subject smiles. Tried it out couple of times and seemed to be very responsive as well.

The Elite Evo Air device carries a price tag of only BDT 14,666 (less than $200) and considering all the great features and the build quality, the price is affordable.

All in all, I enjoyed my experience with the Elite Evo Air. The thin metallic design, good display, good audio output, decent camera and a premium look for only BDT 14,666 is something that is worth buying.

If you own this device, share your experience of using it in the comments below. Feel free to add questions regarding the Elite Evo Air!