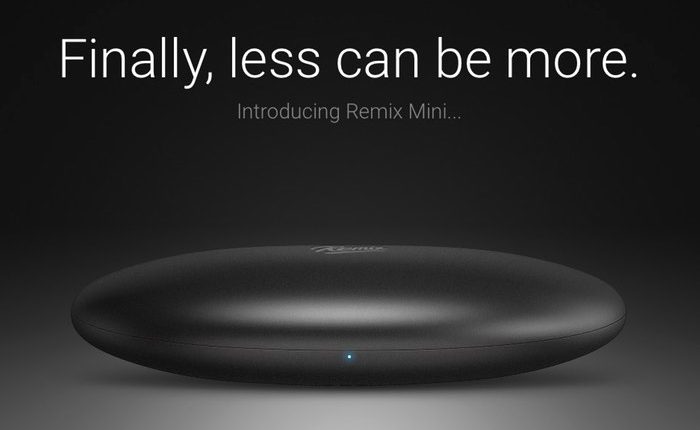 
Google’s Chromebook is the result of the company realizing that there are millions of people on earth who use expensive, powerful desktops or laptops to perform simple tasks like word processing or internet browsing. The Chromebook has proven to be a huge success because it is designed to cater specifically to such a user and it is dirt cheap when compared to an average computer. A Chinese company named Jide has taken this concept to another level by making the Remix Mini, what they call is ” The World’s First True Android PC” .

The Remix Mini was originally a Kickstarter project which raised thirty times its original goal of $50,000. The device is now available for purchase at Amazon for $69.99. The Remix Mini has a quad core Cortex A53 (64-bit) 1.2GHz Allwinner CPU, a Mali 400MP2 GPU, 2GB RAM and 16GB of built in storage. 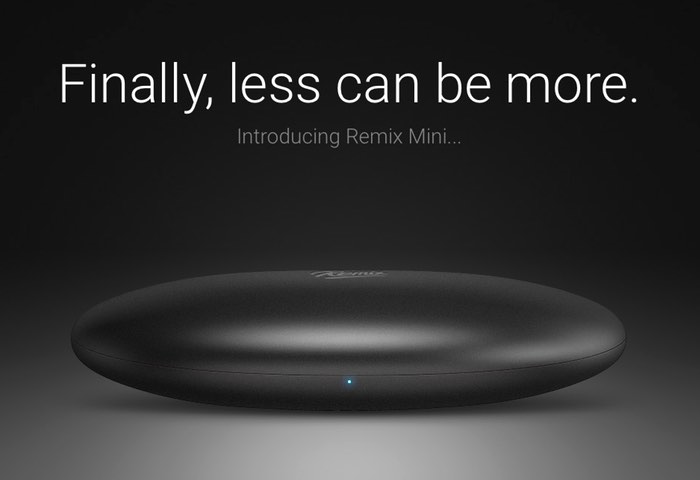 The Remix Mini is based off of Android 5.1 Lollipop and runs the custom made Remix OS from Jide. The OS enables conveniences such as opening applications as tabs, having a start menu and other desktop like goodies.

The Remix Mini in concept is like a Chromebox or Chromebit. The advantage that Jide offers is a slightly lower price and more connectivity options in the form of two USB 2.0 ports, an Ethernet port, HDMI out port, microSD card slot (up to 128GB), Bluetooth 4.0, audio out and WiFi b/g/n.

A cool feature of the Remix Mini is its capacitive power button. Instead of offering a mechanical switch to power the device on or off, Jide opted to utilize a capacitive button right where the Remix logo sits. Tapping the logo will put the device to sleep or awaken it whilst a long tap is used to power it on. The capacitive key removes the annoyance of fumbling around to power on the device.

The Remix Mini runs Android applications and is touch friendly in case someone wants to use it with a touchscreen monitor. Android games can be played by using the touchscreen or Bluetooth accessories.

The Jide Remix Mini offers a neat and connected option for people who do not need a powerful Windows or OSX based computer. It is meant for browsing the web, watching YouTube videos and executing basic tasks such as word processing. The $70 price tag is quite attractive but the Remix Mini will face strong competition from Chromebooks, Chromeboxes and Chromebits. The gadget is an excellent proof of concept and its Kickstarter success is hardcore evidence that people are looking for affordable alternatives to the traditional computer. What do you think of the Remix Mini? Will it survive in a market where Google’s products have already made a name for themselves?