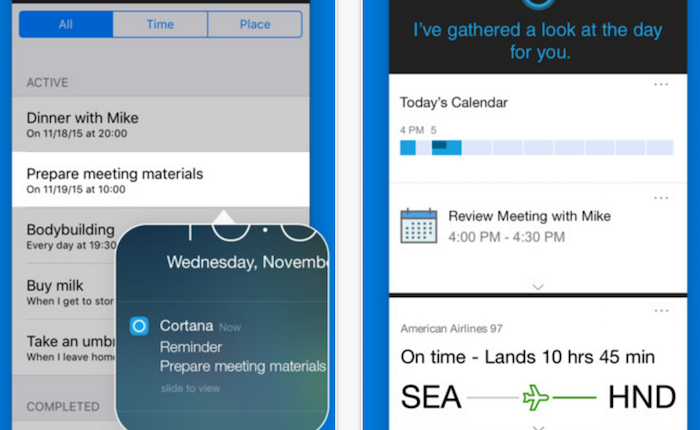 
Cortana was in beta on both Android and iOS for sometime before Microsoft’s official launch of the application. Cortana is like a mix between Siri and Google Now as it offers contextual information like Google Now but also has an attitude like Siri. In the digital assistants race, Cortana is arguably right near the top with Google Now and could soon take over as the best digital assistant. 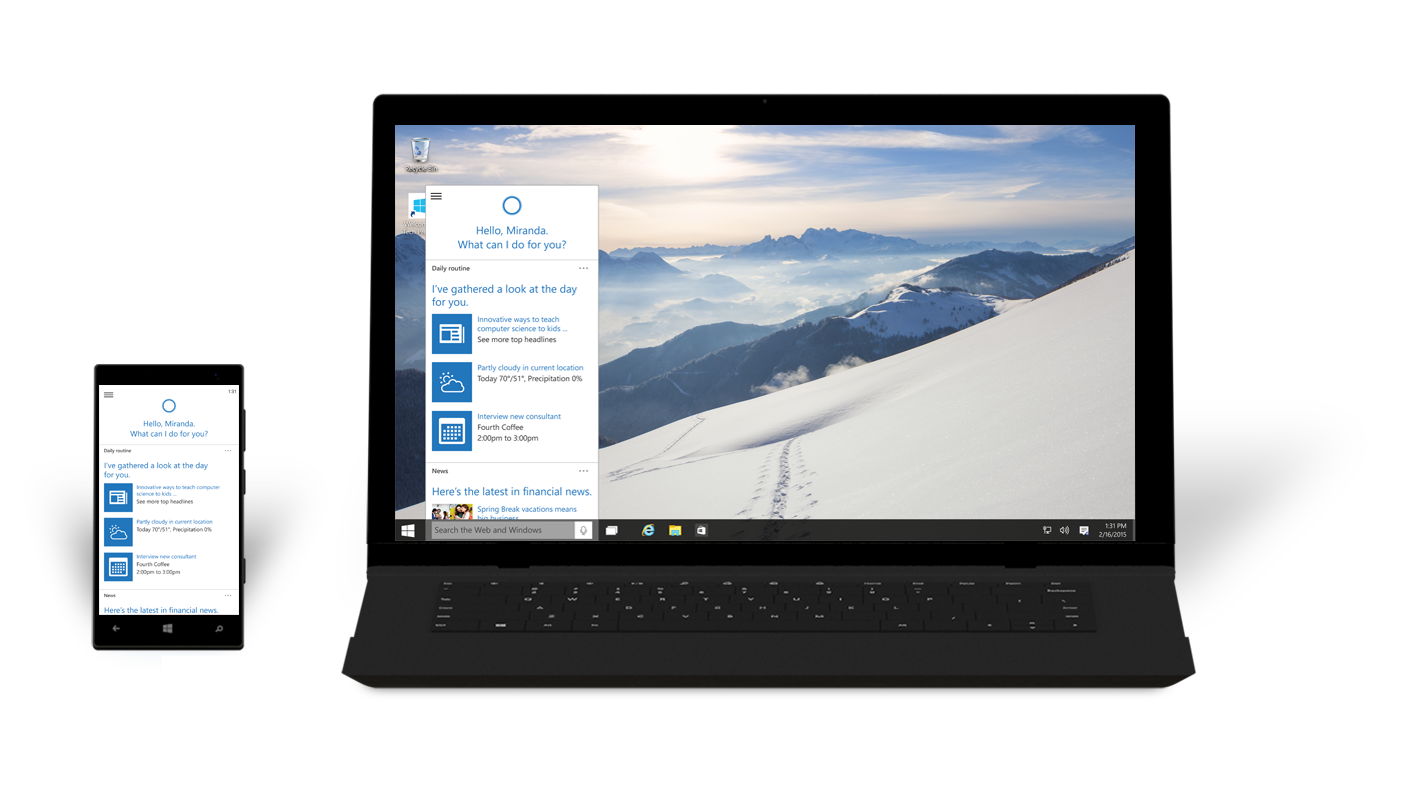 Cortana’s user interface is identical across all platforms. The app features a search bar near the bottom and has cards that display relevant information similar to Google Now. Due to API restrictions, Cortana is not as robust on Android and iOS as it is in Windows 10 mobile. “Hey Cortana” detection is only available from the home screen on Android but is completely nonexistent on iOS. If you have Cortana installed on an iOS device, you do not get the flexibility of responding to text messages or getting missed call alerts from your Windows 10 PC. Additionally, a Microsoft account is required in order to use Cortana in the first place. 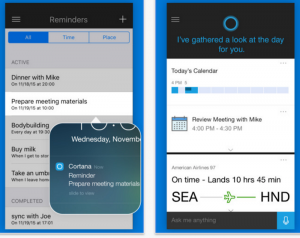 OnePlus and Cyanogen users have a treat coming their way from Microsoft soon. Due to a partnership with Cyanogenmod, Microsoft will release a different version of Cortana for the custom ROM that will enable some of the more integrated functions such as “Hey Cortana” detection system wide and the ability to toggle settings using Cortana. The special version will arrive for the One Plus One later this month and in early 2016 for Cyanogenmod as a whole.

Cortana is at a disadvantage on Android and iOS as it does not have the same degree of freedom on these platforms as it does on Windows. Nevertheless. Cortana is the voice assistant with the most potential and is the only voice assistant available across all platforms. Microsoft could soon make a compelling push with Cortana as it can integrate the digital assistant with Windows actions therefore making a very strong productivity pitch. Try Cortana out for yourself and let us know what you think in the comments below!