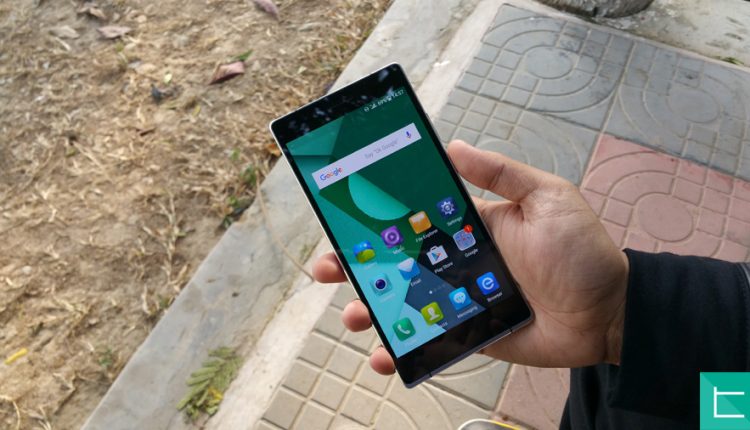 I have reviewed my fair share of products from Walton and over the past year I have witnessed the company mature and grow. They have made some very compelling devices but their latest smartphone, the Primo ZX2 is by far their best. It is Walton’s flagship smartphone and comes equipped with everything but the kitchen sink. I’ll make this easy for all our readers, if you want something from a local company and have Tk/-35,000 to spare, buy the Walton Primo ZX2.

The Walton Primo ZX2 has an aluminum chassis but also has a removable back. The sturdy metal making up the device is diamond cut and finished with beautiful, sleek chamfered edges. The craftsmanship on this device is exceptional with every design element executed with care.

Even though there’s a large 6 inch screen, the Walton Primo ZX2 does not feel overbearing. Slim bezels and a sleek 8.7mm profile help make the device easier to handle. The device is not light and in my opinion that’s a good thing, it makes the Primo ZX2 feel substantial. The buttons are all on the left hand side and are made of metal. The volume and power keys are very tactile and responsive, producing an audible click when pressed. The camera shutter button is two staged meaning you press lightly once to focus and then more firmly to capture the image.

Along the bottom chin lies the capacitive keys which unfortunately do not light up. The top houses the notification LED, earpiece, proximity and ambient light sensors. Around back, the metal linings of the camera and fingerprint scanner stand out. The scanner is placed at the perfect position for my index finger and using it has become second nature for me. Rear mounted fingerprint scanners are the way to go although front mounted ones have certain advantages.

Under the hood at the bottom is a dual stereo speaker setup. Audio was great from these and quality was maintained throughout. Even at max volume, the audio barely distorted, making for a nice gaming experience. 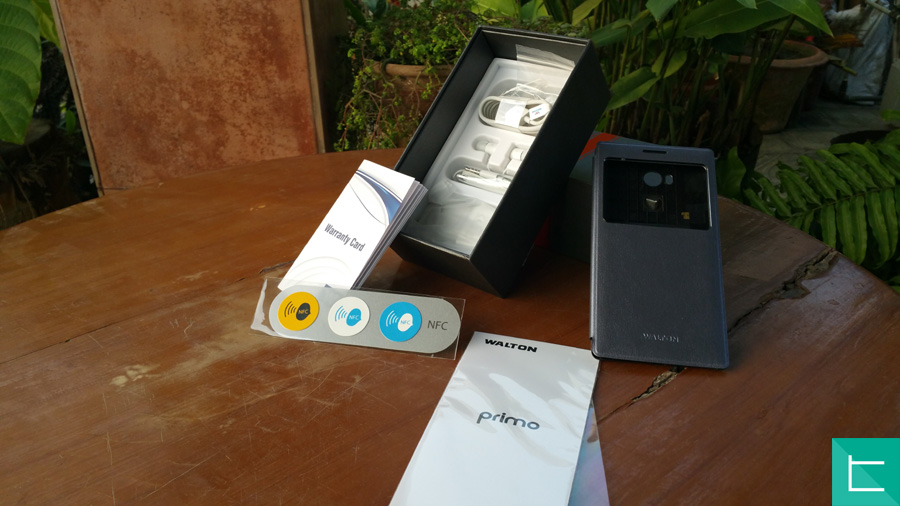 With the Walton Primo ZX2, you get a free flip cover. The cover is made of good quality plastic that resembles leather and has adequate tension at the hinge. The small window on the front flap allows you to glance at information like the time and weather thus adding utility. The cover also has an NFC reader so you will not be losing out on NFC functionality. As we are talking about NFC, I should mention that the Walton Primo ZX2 also comes with three NFC tags which you can program to execute a wide variety of tasks using a simple application. This is the first Bangladeshi smartphone that I have seen to ship with NFC tags which ended up adding a bit of fun to the user experience.

The software is absolutely identical to the Primo NX3. We have the same launcher, quick toggle access from the bottom of the screen and notification access from the top all running on Android 5.1 Lollipop. Carefree Launcher does a great job at handling animations however you should get even smoother transitions using a third party launcher like my personal favourite, Nova Launcher. The launcher offers quite a bit of customization in the form of transition animations and a built in theme selection. Chameleon is also available and like before, it enables you to customise the look of the stock interface by selecting two colours from your surroundings using the phone’s camera. 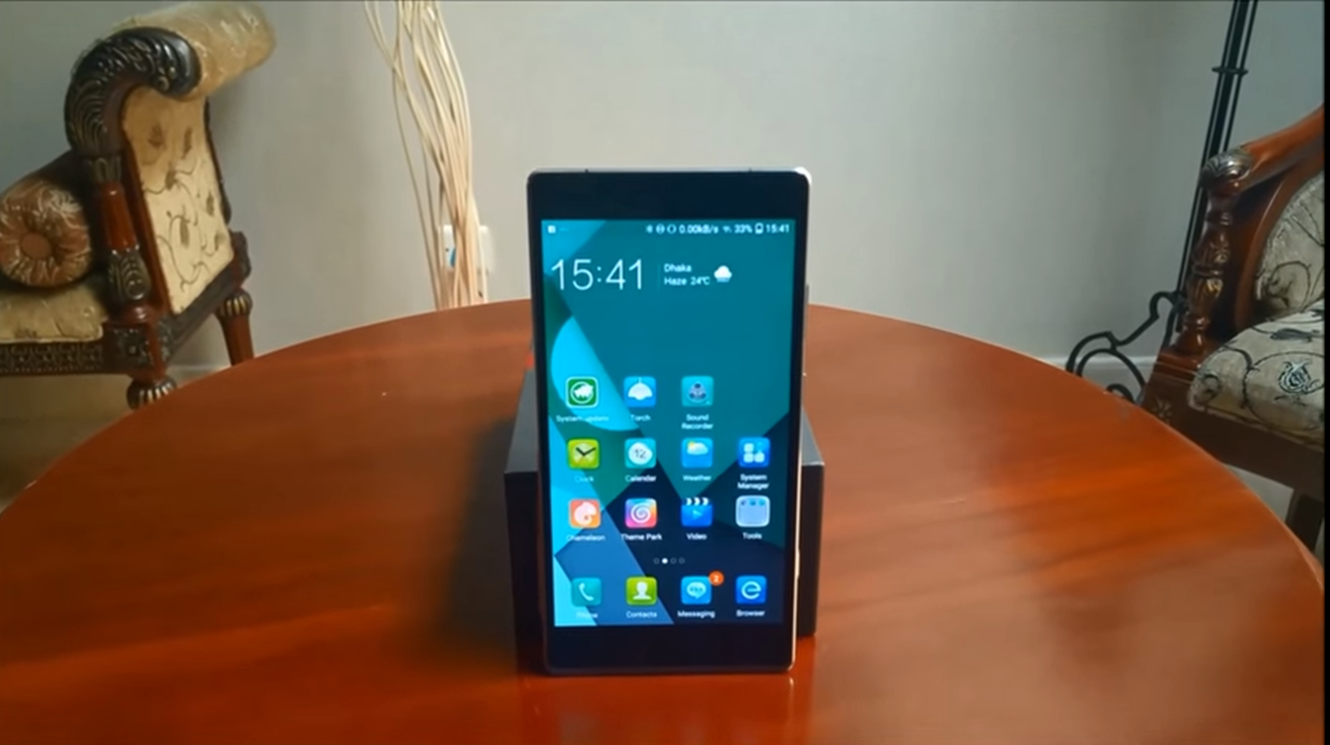 The recent apps section is the only complete stock element as even the settings menu has been skinned. Walton has included a bunch of software additions to enhance the software experience. Black Screen gestures make a return on the Primo ZX2 and work as promised. They are used when the screen is off to execute certain tasks or open applications. Touchless control lets you use the Walton Primo ZX2 like some older Samsung devices. It uses the proximity sensor to to navigate through the desktop, gallery and videos without making contact with the display. For ease of use, you can activate the Suspend Option. This creates a small floating bubble with quick on screen access to the capacitive keys.

As this is Walton’s flagship smartphone, you can expect it to receive an update to Android 6.0 Marshmallow.

There’s a reason this section is titled, “The Cameras”. That is because Walton has outdone itself with the Walton Primo ZX2’s shooters. The pair are the device’s main highlights and really one of the reasons you should purchase the device. The main camera is a 24MP BSI sensor with 2nd generation OIS and an f2.0 aperture. The cover glass of the camera is made of sapphire crystal therefore you need not worry about scratching the lens. Walton claims the camera snaps pictures in 0.4 seconds. While I could not possibly measure that, the shutter speed was very fast. The camera is also capable of 4K video capture, something that will be getting more popular as 4K displays become cheaper. 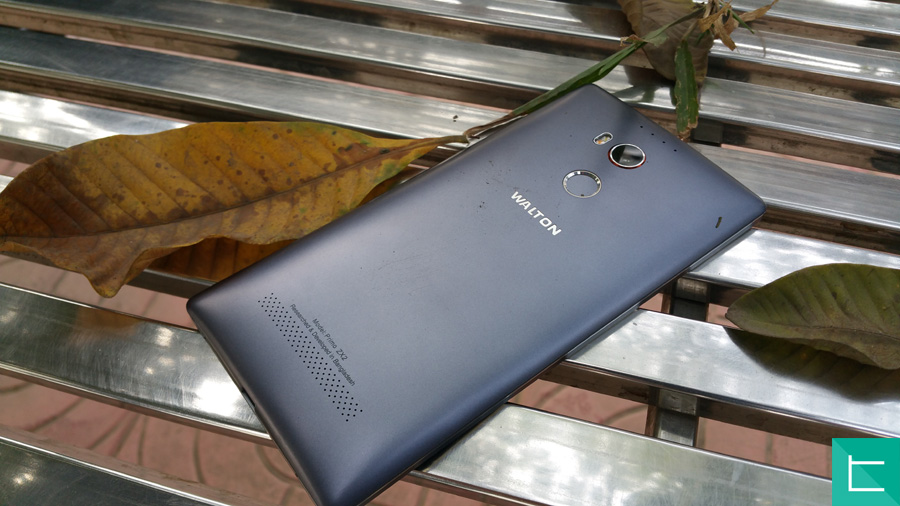 Images taken in broad daylight were great and low light situations were faced well by the Walton Primo ZX2 but you expect that from a flagship. The Walton Primo ZX2’s main attraction is the professional mode. This mode allows you to manually toggle the focus, ISO, Exposure, White Balance and Shutter speed. With a bit of practice, this mode will quickly become your favourite as it opens up the doors to a new dimension of smartphone photography. With the professional mode on, low light situations became cool opportunities instead of a pain and daylight shots became interesting plays of colour and vibrance. There are many other shooting modes too but none are as compelling as the professional mode. There’s also a two-tone dual LED flash on the back. This inevitably performs better than regular single-tone flash but as a rule of thumb, avoid using flash when taking photos with any smartphone unless it is absolutely necessary.

The selfie camera is a 13MP BSI unit with an f2.2 aperture. To sum it up, the secondary camera is as good as the main camera of many devices in the local market. There is a lot of detail in each image due to the high MP count. Colours look quite accurate and all in all, the selfies taken with the ZX2 are bound to impress. 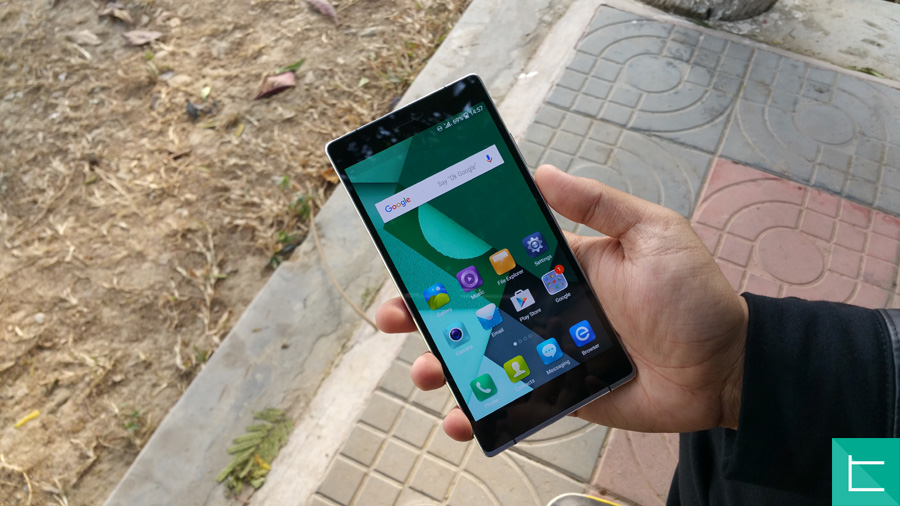 By putting a 2K display on the Walton Primo ZX2, Walton has cemented the phone’s reputation as a true flagship. Quad HD displays are quickly becoming the norm and it is great to see Walton embracing this trend. On top of the resolution, Walton opted for a Super AMOLED panel instead of IPS LCD. I have a strong bias towards Super AMOLED technology and for good reason, it is simply the best. Compare an IPS display side by side to an Super AMOLED display and you will notice the vast difference. Super AMOLED is superior in terms of contrast, colour vibrancy and power efficiency however IPS wins when it comes to brightness. The Walton Primo ZX2’s brightness was not an issue in this case as it could be used comfortable in almost all situations.

The high resolution looks excellent on a 6 inch screen. Every image looks crisp and colour reproduction is on point. Viewing angles are great too. The display is protected by Corning’s Gorilla Glass 4 but also comes with a screen protector in the box for extra safety. 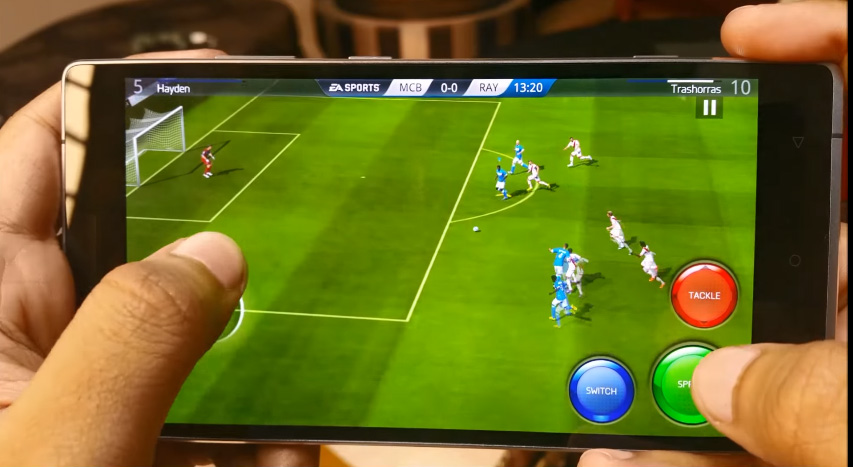 With 3GB of RAM and a 2GHz 64-bit octa-core processor, performance was never an issue. The ZX2 blazed through all the tests we threw at it and did so without getting laggy or too warm. The multitasking on the smartphone is excellent. At one point, I had Asphalt 8, Modern Combat 5 and Fifa 16 loaded onto the RAM at the same time and was able to effortlessly switch between them. This shows how well the Walton Primo ZX2 handles RAM management. For the gamers out there, the flagship will not disappoint. What is most astonishing is the fact that such high performance is achieved on a 2K display.

The UI appears very smooth and responsive with hardly any stutter. To get a truly smooth experience, I suggest using a third party launcher with better transition animations. Battery life was surprisingly good. The 3,500mAh battery easily lasted me through a day and a half on most occasions. With power saving, you could extend that to two days if you tried.

I will talk about the fingerprint sensor here as well. The scanner is placed in just the right spot and does a very good job at reading fingerprints. It is not the best in the field as newer fingerprint scanning technology is unbelievably fast however its speed is not a deterrent. Setting up the fingerprint was a quick and easy process. The scanner does a great job when it comes to accuracy as it worked almost all the time with errors occurring only when I didn’t position my finger appropriately. 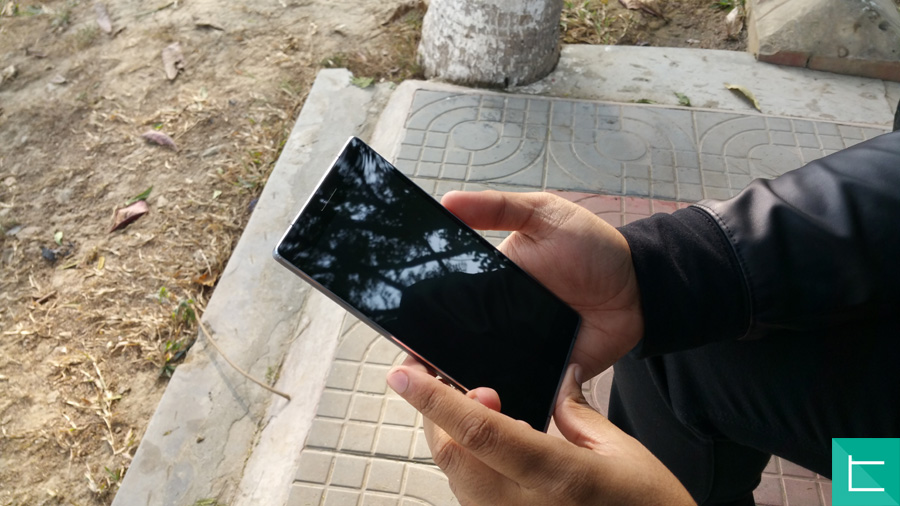 The Walton Primo ZX2 is the company’s flagship device and comes with the power and specifications to justify its position and Tk/- 35,990 price tag. This device was made for those looking for a no-compromises product priced competitively. The ZX2 offers some modern features that you will not find on other products made in the Bangladeshi market and hence creates a sense of being at the cutting edge. This smartphone is currently the best in Walton’s lineup and will remain the best for quite some time. Reviewing the device was a pleasure. Starting from the unboxing experience to the long term performance, the ZX2 was impressive. When compared to flagships from bigger companies like Samsung and HTC, Walton’s offering costs much less and in some cases offers more than the aforementioned OEMs. The line between such competitors are getting blurry with each passing day as smaller companies are pushing the boundaries of what exactly a flagship is and how much one should cost. 2016 will be an interesting year in the smartphone industry and we will keep our eyes open to see how Walton evolves.