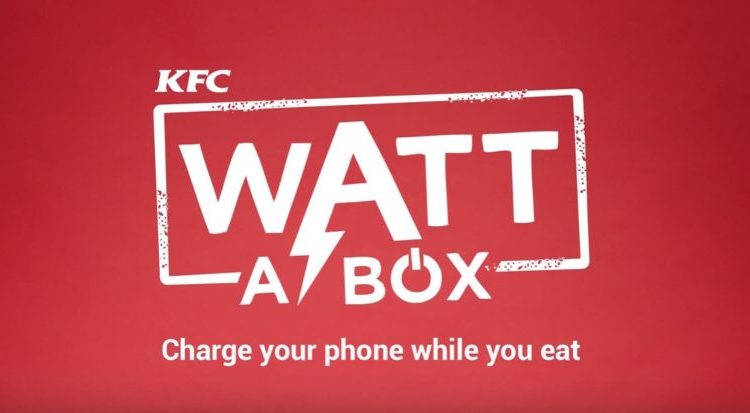 Battery life is one of those first world problems which seems like a disease that has no cure. KFC India has recognized that the modern day restaurant goer suffers from battery anxiety all the time and so they have release the “Watt a Box” – a 5 in 1 meal box that has a 6,100mAh battery built right in! Now you can enjoy all that is finger lickin’ good while your smartphone enjoys a nice top up.

The meal costs only 150 Rupees (around $2.2) and is currently available at a few locations around Delhi and Mumbai. This is not the first time KFC has tried to draw in customers with nifty tech, previously the company served a flexible Bluetooth keyboard at their branches in Germany which gained widespread acclaim.

While some are calling this an April Fools joke that arrived a tad late, this campaign is in essence a sign that battery anxiety and horrible battery life are the immediate problems that need to be tackled by smartphone manufacturers.