Last year, Samsung turned heads when it revealed their Gear S2 smartwatch with its rotating bezel. The concept brought a brand new intuitive (and ideal) method of interacting with the small wrist worn gadgets and their newest 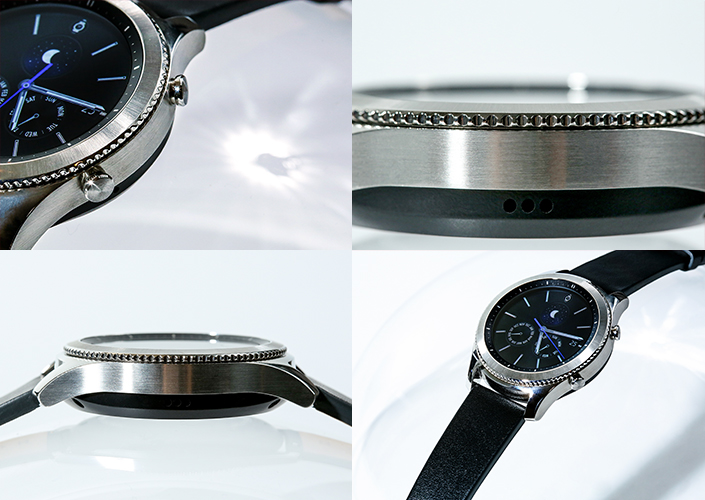 Gear S3 takes the predecessor’s concept to an entirely different level. Samsung has come a LONG LONG way from its very first Gear smartwatch and the Gear S3 is evidence of a brand new Samsung focused on taking mobile design by storm.

There are two new Gear S3s – the Gear S3 Frontier and Gear S3 Classic. Both come in only the 46mm size which in my opinion is much better than the smaller Gear S2 (I opted for the Moto 360 2nd Gen because the S2 was too small). The larger display comes with a larger chassis and battery, weighing in at 380mAh. Samsung promises 3-4 day battery life with the new smartwatches. GPS also makes its way to the S3 along with mobile payments via both NFC (for Android Pay and Samsung Pay) and Magnetic Secure Transmission. This effectively makes the S3 the most versatile in terms of mobile payments as well as the most useful.

Both devices are coated with Corning’s brand new Gorilla Glass SR+ (aslo unveiled today at IFA 2016 in Berlin) which the company claims is as shatter proof and thin as Gorilla Glass 5 but nears the hardness of sapphire. The display itself is a 1.3inch Super AMOLED panel and features an always on mode that takes advantage of the over 16 million colors that the display is capable of rendering. A microphone and speaker are also built into the larger chassis of both machines. Both devices run on Samsung’s Tizen software and utilize standard 22mm watchbands.

The two S3 models have some differences between them. The S3 Frontier looks like the higher end model. It comes with an LTE antennae, allowing you to completely disconnect from your phone while the S3 Classic doesn’t have the necessary hardware. The Frontier also boasts greater ruggedness with it being rated usable in extreme heat or cold conditions. It’s appearance too looks more poised for the rugged folks out there.

Pricing is still unknown for the new smartwatches but Samsung says they will be available in late Q4 2016. Samsung looks to have done an exceptional job with the Gear S3 and it is sure to make Apple and Motorola sweat in their pants. Both smartwatches look extraordinary and have features that put it in a class above its competitors. Recent reports have pointed out that Samsung is working on making the Gear smartwatches compatible with iOS very soon. All Samsung has to do now is price these competitively, then nothing can stop them from becoming the new smartwatch king. Its now Apple and Motorola’s turn to try and one up Samsung or suffer the title of “2nd Best Smartwatch You Can Buy”.