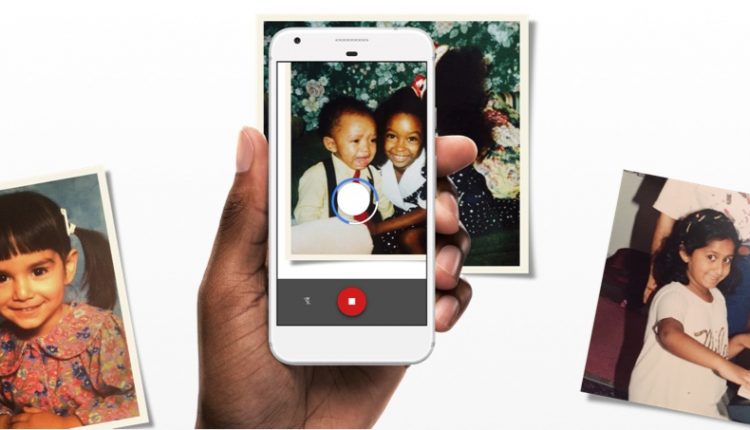 Yes, we lived before there were cellphones and cameras which take such good pictures. The lack of such devices, however, never stopped moments from being created. Those moments are just as precious as the ones we have today and it’s important that we keep them safe.

And so we have been trying right?

Almost everyone has a few stacks of old photographs lying around in the cupboard or the attic or the storehouse or some other place. The thing is, that is not a very convenient place to store them. For one, they are not very accessible. We have to go through tons of dust (and a few rats) and dirt and disorganize the already disorganized. And the precious photos are being eaten away by the elements as we speak no matter how hard we try and preserve them. One workaround that might seem to work at first glance is scanning the photos. But that’s time consuming.

So what’s the solution? PhotoScan. Google’s latest app allows users to take detailed pictures of these photographs and digitize them instantly on your phone. It’s slightly different than taking a normal picture. The camera detects the boundaries of the photo and gives you 4 augmented spots on it to focus. You take photos at each spot. The software stiches them up. And that is pretty much it. High-res(obviously quality will vary from phone to phone). And they are supposedly glare-free. While I haven’t tested it myself, the technology seems convincing. And since it’s a google service, google photos is integrated right from the get go further streamlining the process.

The app is free and it is available. Try it out from the app store or the play store.

Dhaka, Get Ready For Uber!