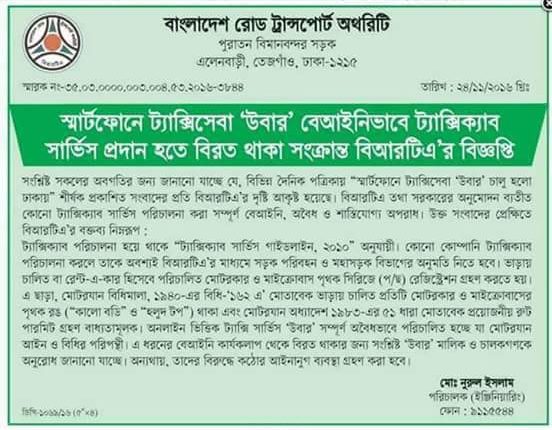 
With just 3 days in operation in Bangladesh Bangladesh Road and Transport Authority has declared Uber illegal as it did not seek any permission from the government before launching the service. 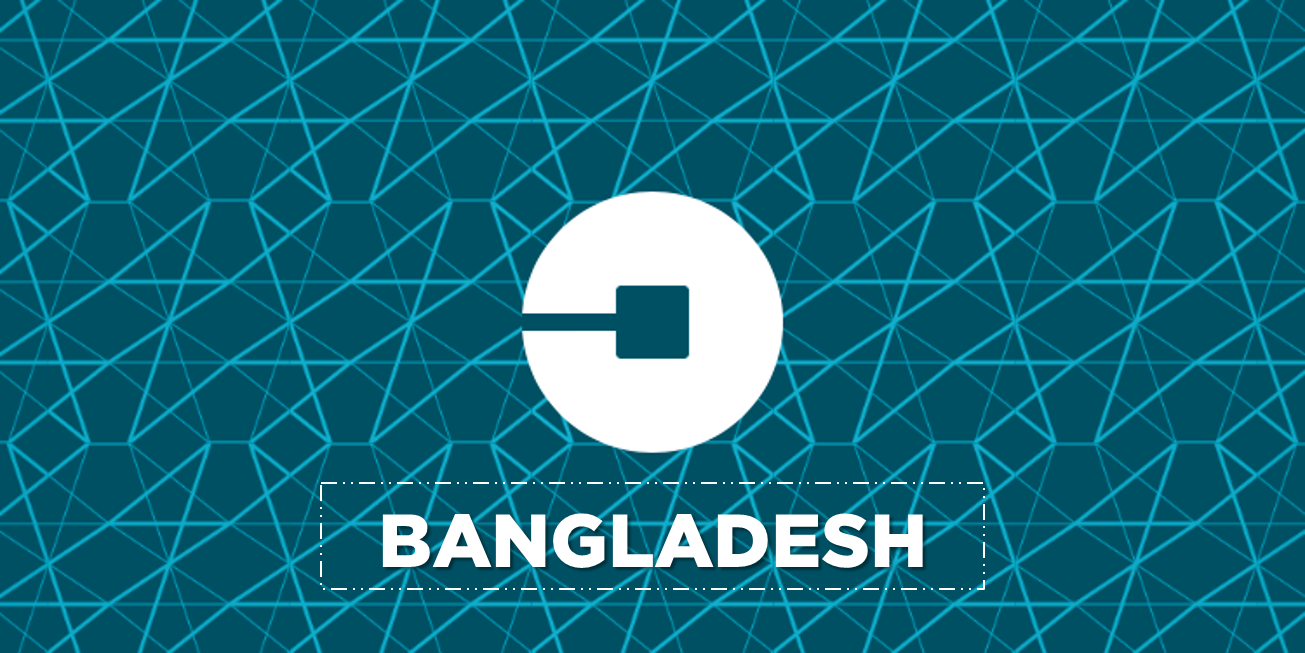 According to a press release photo below, Uber did not take permission from the concerned authorities and since it violated the Taxicab Service Guideline 2010 law, the service has been declared illegal. The notice is forbidding anyone to further ride on Uber! 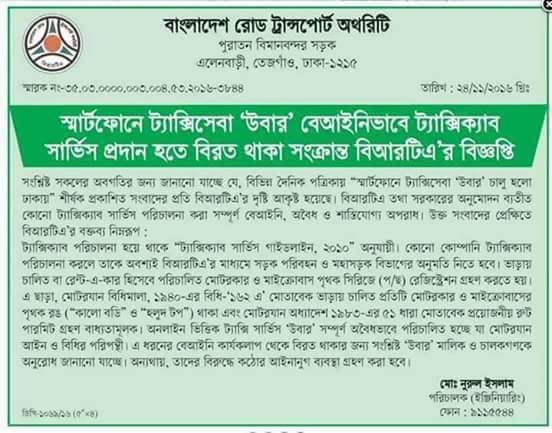 Since Uber is a rent-a-car service according to the government, they are supposed to get different registration numbers (Ga/Cha) from the authorities. Additionally, the cars must be colored black with a yellow bump at the top (confused about this part).

According to the Daily Star, BRTA even searced to reach out

“We searched for the authority or representative of the company in Bangladesh, but could not find any here,” he said adding that: “We will lodge a case against the company under Taxicab Service Guideline and Motor Vehicle Rules of the country if it continues its operation.”

A notice from the government is a serious issue and we hope Uber Bangladesh will be resolving this issue as soon as possible.

Xiaomi Redmi Note 4 Vs Meizu M3 Note: The Battle of the Chinese Phablets