The relentless march towards new technological innovations is certainly not going to slow down in 2012, especially as the competition heats up in computer equipment and operating systems, phones and phone systems and even in the almost outdated world of T.V.

Cloud computing became ubiquitous in 2011, and is bound to continue in growth and use.  Not only are people using cloud computing to store their data and run their applications from remote servers, but it is becoming a very popular way to keep immense libraries of music on hand for immediate use on any number of devices.  Google introduced the Chromebook, a laptop with virtually no internal memory that just relies on the cloud for its memory.  Now that the public has become comfortable with cloud computing for free, we can expect fees to be attached to them shortly. 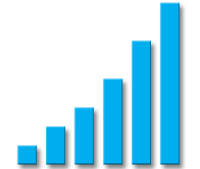 More and more mobile phone companies are moving into what they call “4G” technology, which offers faster data speeds and greater capacity.  Expect any of the new smart phones being introduced to deliver 4G technology. The old 3G phones will probably be given away for free with data plans.  The one area to watch is how quickly the carriers are able to saturate an area with new communications towers to handle the new technology.  There is no value in having this hot new phone if your carrier’s systems cannot support it.

Google’s Android operating system outpaced Apple’s Ipad system in 2011, and as more and more devices are developed to run on this system, this trend should continue.  If, in the aftermath of the loss of its leader, Steve Jobs, Apple cannot continue its history of razor edged innovation, Android may continue to be adopted in many more devices, as it has in devices such as the Galaxy and Kindle Fire. 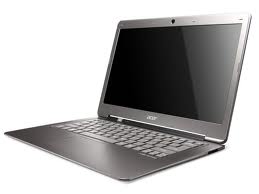 The ultimate in powerful laptop computers, ultrabooks will probably fall in price (currently in the $1,000 range) to make them more palatable to more consumers.  Apple’s MacBook Air set the standards: lightening speed, a solid state memory in place of a hard drive and a long battery life, in a thin, light book.  Windows is expected to come out with an ultrabook in 2012, and we can expect the field to widen as PC makers find a way to introduce a low cost version, as expected.

Netflix kicked off the trend with its introduction of streaming T.V. shows to other devices.  Consumers seem to like the idea of not being confined to home to catch their favorite show.  The converse, a set top T.V. that streams internet video into the home, is another trend that is sure to grow.  Microsoft’s Xbox will offer an add-on that can find and ply media apps, and Apple is said to be planning the introduction of an Internet connected T.V.

2012 is bound to be an exciting year in the technical world.

Not only has technology improved electronic equipment, but it has also improved ways to gain information easier. A free people search can give you current addresses, job histories and even relatives of the person your are searching, or search yourself to find out what information is being posted about you.