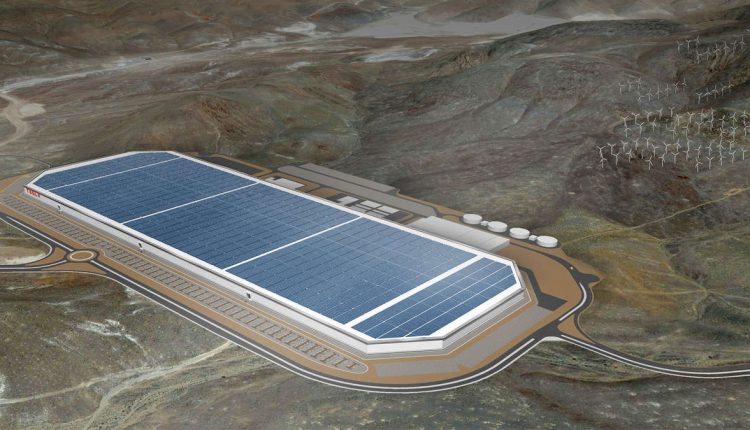 
It’s been a month since Tesla has finally started producing batteries in its massive “Gigafactory” in Nevada. Construction began in June, 2014 and it is yet to reach “full capacity.” It’s going to take a year before that is done, however. Still, manufacturing is being done, as we speak.

This “Gigafactory” is essential to Tesla’s, and more specifically Elon Musk’s ideas of a future of renewable energy. Musk said in a conversation with Leonardo DiCaprio, legendary actor turned environmental activist, that the core of a renewable energy future is to lower the cost of batteries. And this factory has been built to serve that very purpose. According to Tesla’s own website, the 5.8 million square foot factory has the potential to drive worldwide battery costs by 30 percent.

As the two men walked through the factory while it was under construction, Musk further said that Tesla had done the calculations and that if the entire world were to run on renewable energy and be powered by batteries it would require 100 similar Gigafactories to which both DiCaprio and Musk responded, “hmm, that’s manageable.” Of course Tesla isn’t going to make all of the 100 factories. Musk feels that other companies, bigger companies, need to join in with the initiative and that with their resources the transition into the future will be much quicker and more efficient. Musk also pointed out that the government certainly has a role to play in this transition as certain policies will favor the initiative more than others. He also mentioned “Carbon Tax” as something that could lower emissions and force people to be more cautious about the climate damage that’s being done.

Tesla partnered up with Panasonic for this factory which will have an annual battery production of 35 Gigawatts when complete.