Intelligence is defined as being able to understand complex ideas and effectively adapt to your environment. This isn’t limited to humans, we could be talking about animals, plants or even technology. Take printers for example. We are constantly asking them to do more and expecting them to meet our ever changing needs so here is my guide to the 5 most high IQ printers available. 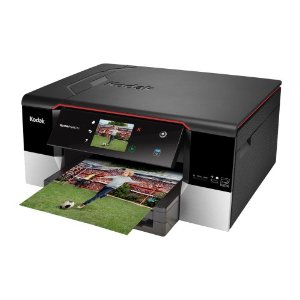 The Kodak Hero 7.1 all in one printer is advertised as affordable and simple intelligent printing. It features a modern touch-screen control panel allowing easy control and is economical with its high quality but lost cost ink. It’s intelligent features include being able to print from any computer, tablet or smartphone back to your printer at home from anywhere in the world using Google’s Cloud Print. Kodak’s Email Print allows you to email photos and documents directly to your printer. And because of it’s low quality ink, there is no need to worry about how much it’s costing you. The Kodak Hero 7.1 is intelligence on a budget. 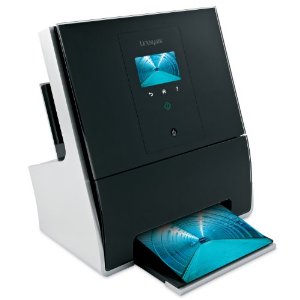 The Lexmark Genesis S815 doesn’t look like your conventional printer however it is definitely full of useful features. Instead of the traditional flat bed scanner, it features an image capture system, (the same as digital camera technology) which can copy a document in three seconds plus it will also print graph and music paper. There are also other “mini-apps” that can be downloaded which include a clock, a calculator and integration to social networking sites Facebook and Twitter. As if that isn’t enough, you can receive feeds from Apple, the BBC and ESPN letting you know news and sports updates. Shame it won’t make your Facebook status’ more intelligent!

The HP Envy 110 all-in-one is one stylish printer. Using HP’s ePrint system, all you need do is send your picture by email to your printers unique email address and you can print from anywhere. Similar to the Hero 7.1, you can also link your iPhone or iPad wirelessly to your printer and print photos and documents direct from your device. However, your device and printer must be connected to the same wireless network. The HP Envy combines style and intelligence.

The Little Printer has been designed to use no ink but instead uses thermal printing, which means no mess. It can print puzzles, weather updates, news and photos which are controlled by a single app! Despite not being available until somewhere around 2012, the Little Printer also has the feature to be able to send messages to other printers. How much more intelligent can printers get? 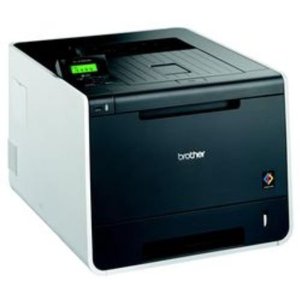 Historically, laser printers are very expensive, however coming in at under £400, the Brother HL-4150CDN is primarily designed for small offices and workspaces. Features include duplex printing, high printing speeds however connection is only available via ethernet. A handy feature if you are James Bond and working for MI5, the printer has a pin protection scheme which means that until you are next to the printer and enter your unique pin, any sensitive documents will not print. Intelligence at it’s most sensitive.