Ever felt as if something was pulling you down into abyss; an abyss of self-annihilations, unproductiveness to the extreme and it just would not let you get to the finishing line.

No matter how determined you were to evade falling victim one last time or how much you endeavored to finish the task, the formidable claws almost never fail to drag you down, stigmatizing and perishing that so called motivation you had left. Yes, my friend, procrastination can be evil. Intertwine you with gripping forces similar to quicksand, the more you attempt to escape, the harder it engulfs you within itself. Fret not, delving into the territory (read playstore) we have come up with a list of technological blessings to extricate you from the filthy procrastination.

One lazy day when we are laying down in bed past noon with gargantuan amount of work to do, 4 assignment deadlines to meet, 3 finals to catch up on study and pretty much zero motivation left to do anything about it, who is our best bet? Right, moms. That one yell from our beloved mothers lights up behind on fire and gets us moving at the speed of lightening. Yelling mom is a reminder app, the app however does not yell and is multiple folds easier to manage than an average mother, sorts out tasks into today, tomorrow and someday. 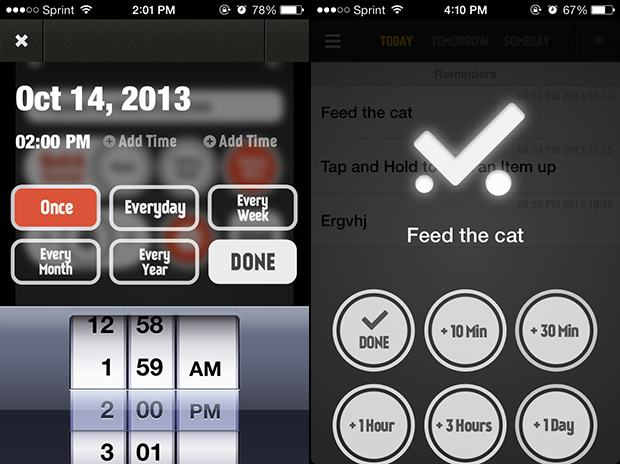 The app constantly rings alarms for due tasks on the order of priority and deadline proximity, permitting the user to choose frequency of reminder. Currently only available for IOS platform.

Technology was invented to propel efficiency in work activities; ironically, it does the opposite more often than we would like to. Guilty as charged, we spend hours, days, weeks scrolling through Facebook newsfeed, instagram feed, snapchat, whatsapp, if that’s not enough add twitter and tumblr along. AppDetox enforces blockage on certain app on specific time of the day, days of the week or number of launches, even forever, terms of restriction determined by you. The app would notify you of the frequency and time you violated and no you cannot block appDetox itself! Another great app to ignore the alluring temptations of social media or games is Forest. Users set a time limit minimum of 5 minutes to a maximum of 2 hours, when a plant would be grown. Within this time, if the app is switched, the plant withers away, generating a sense of responsibility; objective is to build up forest constituting of several species of plants which are unlocked through earning reward points.

Based on Merlin Mann’s principle dictating to work with single-minded focus for 10 minutes, take a 2-minute break and repeat the process 5 times to recuperate productivity. This app does exactly this task, keep a track of time and alert the users of ‘work’ and ‘play’ time. The free app aims to cultivate a routine lifestyle for the users, transforming routine into something interesting for the people who despise this. If we routinely accomplish tasks and instill productive, healthy habits, tendency to procrastinate would naturally become tractable. Users can write customized to-do lists, or follow factory installed routine for a fabulous life, which is bolstered by constant reinforcements.