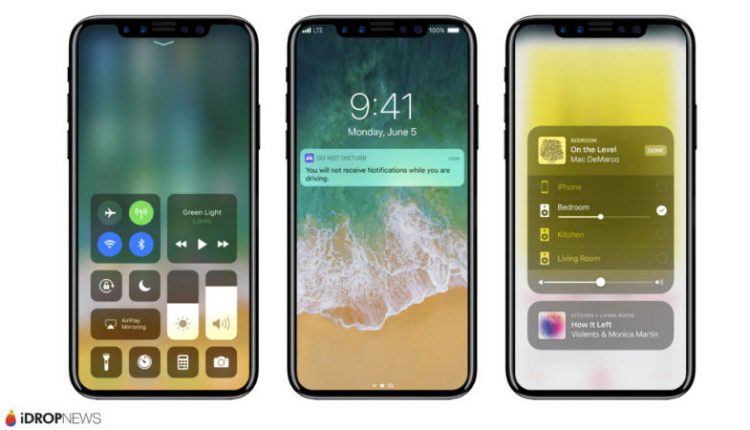 We have seen a lot of leaked pictures of the iPhone 8 but the latest render (don’t want to call it a leak anymore) shows the upcoming device running on the newly announced iOS 11 for the first time.

The latest renders show how the new Apple Music, Lock Screen, Control center and the messaging app will look like in the bezel-less display. 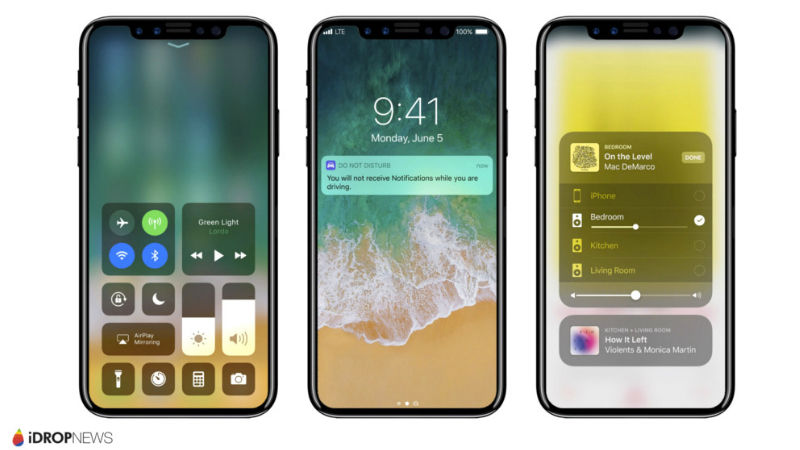 These renders were published by the iDropNews where the device clearly shows no physical presence of the home button. However, there’s a small lip at the top for the ear piece and the front camera sensor. According to earlier reports, the iPhoen 8 will be having a front infrared and laser sensor for facial recognition capabilities. What about the TouchID you ask? It might be built the same way its done for the Samsung Galaxy S8, i.e underneath the display. 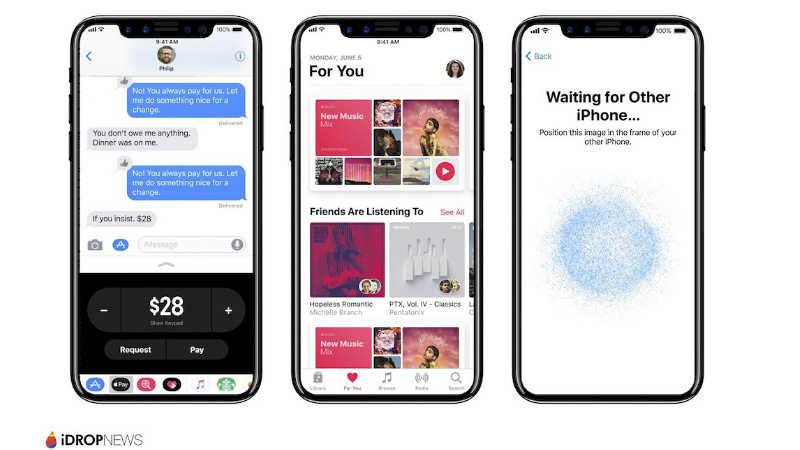 Launch date of the iPhone 8 is expected to be in September. Currently no one knows anything about the date but some reports are claiming that there will be a delay due to production issues.

For now, enjoy the pictures and do let us know in the comments below if this is how you want the iPhone 8 to be!