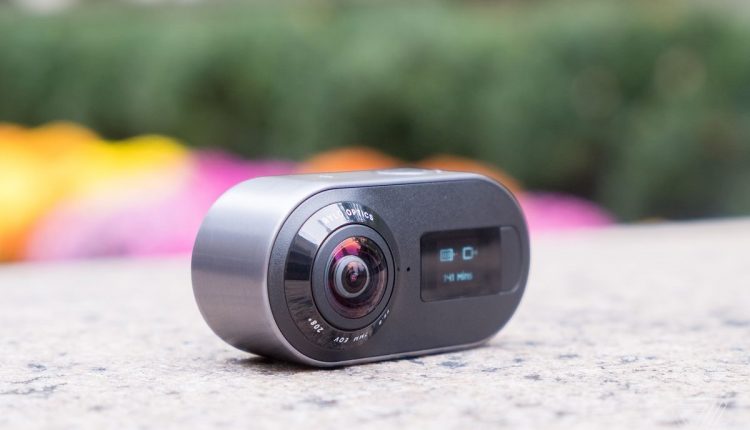 
As we delve deeper into VR (Virtual reality) and new technology day by day, 360-degree camera is gaining popularity in the market. The makers of Hyperlapse has launched a new game changing 360-degree camera, Rylo. Rylo has gone one step further from other 360-degree cameras – Insta360 One, GoPro Fusion and Samsung 360 Round, particularly for professionals and major VR buffs. Main attraction of this tiny device is it enables shooting 360-degree sphere imagery which can be transformed during the edit phase to keep any frame you want, in other words now you do not have to worry about perfect framing and composition during capture and can devote all the efforts while editing your masterpiece.

This dual lens 360-degree camera lets you look back at footage, spin it around, pick and crop the frame of your choice and export a 16:9 1080p video, along with saving the entire 360-degree footage as you would with normal 360-degree cameras. Tiny Rylo boasts extremely smooth, stabilized video, eliminating usual warping even without tripod, though its paired with small grip or tripod and the company will also sell a case that attaches with GoPro mounts. The technology to produce super stabilized video in Rylo basically smartly uses all the extra information from the 360-degree imagery that you are not using in the final render of that footage. 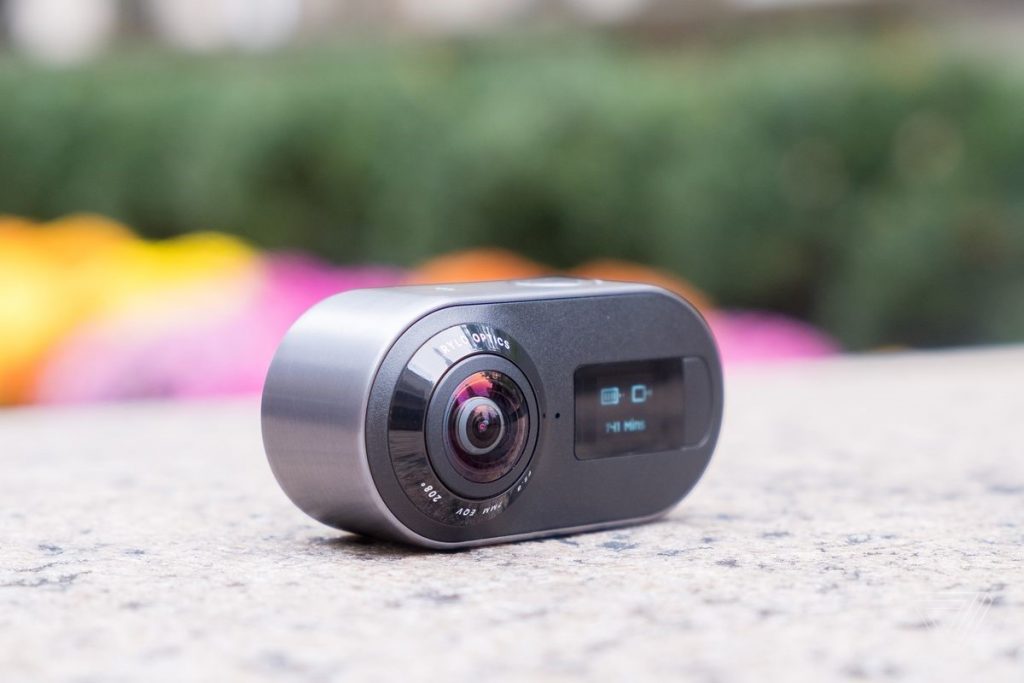 Another interesting feature infused in Rylo is the object tracking, meaning this feature can be used to simply track a person or object moving around the camera to keep them in frame. The camera allows users to set one or multiple points of interests either to keep the focus of the entire video on those particular points of interest or better smooth out (or speed up) the virtual camera’s path. “We built a camera that captures everything around it so you no longer need to point the camera.” Stated the co-founder Chris Cunningham. In real life, when capturing something interesting we might miss something else that is happening on the other side and notice when its already too late, this new technology embedded in Rylo would relieve you from that stress.

“The Rylo camera uses two 208-degree lenses with f2.8 aperture, both of these wide-angled lenses are paired with a Sony sensor; found in most high-end mobile phones” added Cunningham. The device captures 4K video at 30 frames per second but the battery life lasts only up to an hour that might be biggest downside of this otherwise innovative product. The second downside for now is that Rylo app only supports iPhone, although Cunningham states an Android version of Rylo would be launched later on as to not deprive the Android nation. This $499 priced new Rylo 360-degree is surely the next step towards videography innovation.