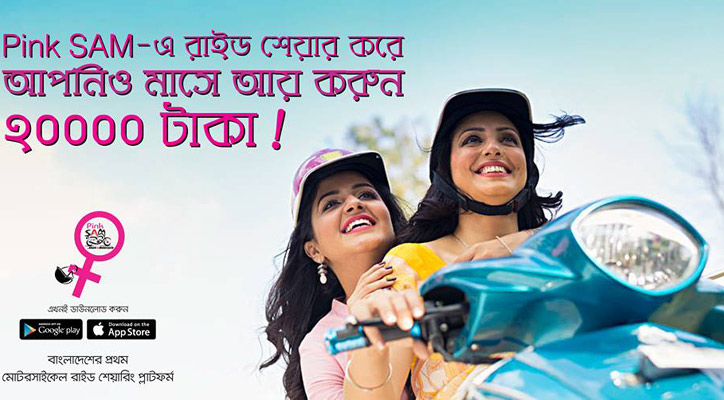 
Even two years back, the concept of app based ride sharing services were quite foreign in our country but with companies like UBER and Pathao, this industry has marked astonishing growth rate. Pathao being launched two years back and UBER just a year back, these companies quickly escalated in popularity which radically reshaped the transportation scenario in Bangladesh. This is quite evident in the recent CNG drivers’ strike against technology based ride sharing services, further the verdict was to operate CNG through apps similar to the aforementioned organisations. Apart from these two market dominators, other ride sharing services are in action such as Chalo, Amarbike, Garivara, Taxiwala, SAM etc. 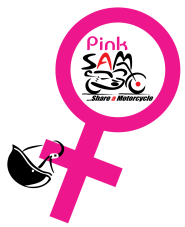 Share A Motorcycle (SAM) is launching a commendable initiative of a female only bike hailing service which was announced yesterday. This new service “Pink SAM” segments itself from others by being Bangladesh’s first where both riders and commuters are female. A vast percentage of women commuters were deprived till now from the advent of these technological blessing in our daily lives since many women commuters were reluctant to use motorbike services such as Pathao. The apprehension of sexual harassments and discomfort were the main barriers preventing women from availing such service. “A good number of women are seen riding scootie in the Dhaka streets now-a-days. Earlier they showed interest that they will share the rides to the destination if another woman commuter is found. Pink SAM has been introduced, in line with their enthusiasm”, said SAM Founder Imtiaz Quashem.

The impact of this initiative would not only benefit women commuters but have significant impact towards women empowerment. Female riders would have the opportunity of earning a monthly income of TK 20,000; females with driving skills can easily make their own livelihood. The registration to sign up as a biker is ongoing and interested applicants are requested to download ‘SAM biker app’ from the Google Play store. Besides, android phones users can get the app at: https://goo.gl/smzuDC. Helpline: 01786333311, 01786333300.

This $6 billion industry worldwide reported numerous instances of sexual violations, Almost two complaints per month of sexual harassment were forwarded to the Taxi Services Commission, according to a freedom of information request by the Herald Sun two years ago and one complaint “of a sexual nature” was made every week to Transport for NSW in 2010. Women-only taxi and ride sharing services have launched in the UK, the US, New Zealand, Canada, Egypt, Pakistan and Oman.

In a utopian society where women were not subjected to constant objectification and sexual assaults, the extreme need of gender segregated ride sharing service would not be needed but in a country like Bangladesh, pink SAM is essential.