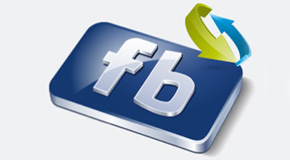 1. I didn’t want my whole life on Facebook in the first place. There are pictures of me on my Facebook from a long time ago. It turns out I was an idiot five years ago. 18 year old me didn’t know that we would still be using Facebook and I had no problem back then putting up a picture of myself drunkenly wearing a traffic cone on my head. Because back then – Drunkenly wearing a traffic cone was AWESOME.

Before, it was bearable because my drunken antics were hidden away in some album probably named ‘recent times’ or ‘summer funsies’ but now they just randomly pop up to embarrass me whenever they like.

2. It’s messy – 99% of the content on my page is from the recent history. According to my Facebook, I was born and then I suddenly wound up in Australia on a gap year. Nothing happened in-between. I resent that. I had a pretty awesome 7th birthday party with a thunderbirds cake.

I know what you’re thinking; you can go back and add events in! Yeah, I could – but too much of my time is spent un-tagging myself from drunken photos and actually living my life. If I stopped every day to upload my history I would have no new content to upload to Facebook. Pandora’s Box situation.

3.   Why the big picture. Everyone thinks they are awesome at photography (I actually am by the way). So giving everyone a massive space to put their best sunset photo is irreverent. I spent so long making my digital photos look crappy and aged like the photos my Dad used to take on his old camera, I actually just started using his camera.

If I would have known that weird coloured photos with frayed edges were going to be so cool in the future, I would not have spend hundreds of pounds on a camera.

4.  Because of change. Change is scary – the last time I checked, Facebook worked great, there were updates every now and then to keep the revolutionaries happy and life had a habit of chugging away with its constant stream of pictures. Now we have a massive change that alters the very purpose of Facebook. What next? Looping videos for your cover space?! (I’d actually quite like that)

5.  Graphic designers taking advantage; I am not a graphic designer – people shouldn’t be allowed to manipulate the new system to look cooler than me. With their cover photo merged cleverly with their profile picture like some kind of professional. Stop thinking outside the box, and get back to playing Mafia Wars on your shiny shiny iMac.

So there we have my pretty watertight reasons – I think you’ll agree. Facebook timeline must die because I have a moustache at the moment (it’s the coolest thing ever) but who knows if I’ll still think it’s cool when it pops up on my timeline in 5 years (Course I will – It’s awesome).

Dan Izzard is an angry blogger, angry that there are too many people creating cool things that he wished he had thought of first. He writes for Sparkstone who are about advancements in social media, multi channel retailing and the creation of ecommerce website.

Get Organized across all computers with Chrome, Gmail and Google Docs