There are very few people who go without some sort of television service now that broadcast television is all but obsolete. More people than ever before are choosing satellite, a service that historically has occupied the number two spot in terms of service methods. Obviously, satellite TV is not perfect, but here are a few reasons why many people find satellite is a better option than cable TV.

When it comes to the number of channels, satellite TV will win over cable TV every single time. Nationally and internationally, there are plenty of satellite providers. Since there are so many people with satellite TV, more channels and packages continue to become available to please the large variety of people who have satellite TV.

Satellite TV is considerably cheaper than cable TV. If you want more for your money, then satellite TV is definitely your best bet. You can get satellite TV for about $20 a month while cable TV may go for $60 and up.

If you have had cable TV before, then you know that it costs about $30 to $100 for the equipment as well as the setup fees. On the other hand, if you ring up a satellite TV provider right now they will install the satellite for free within a few days. Most satellite TV providers will give you extra equipment for free if you happen to need it because they value you as a customer. 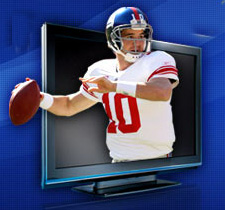 On satellite TV, every single channel that you watch will be digital. On cable TV, however, some of the channels will be in analog. Also, satellite TV has more HD channels for your HDTV in comparison to cable TV.

If you want a cheap TV provider with tons of channels, then chances are, satellite TV is the best choice for you. Not only will the channels be cheap, but they will also be of good quality and you will not have to pay any activation fees.

How To Turn Your iPhone Into a Workstation