Sound like something out of a rather dubious sci-fi apocalyptic film, no doubt starring an over-muscled Austrian actor turned politician?  Sadly, it’s not.  World War III is alive and well and happening in a country near you, possibly nearer than you would think.  Unlike a lot of the other wars we have going on at the moment, this one’s a bit more covert, a bit cold-war esq.  However, there’s certainly something fishy in Tehran and it is not be just Mr Ahmadinejad.

The Flame in question is a virus that has been doing the rounds of the Middle East, taking screen shots, recording conversations, checking out web traffic and booting itself up the moment an email programme or messaging programme fires up.  The virus, a massive, complex and decidedly 007-like creation, is almost certainly a state sponsored infection.  Though it’s uncertain as to exactly who is sponsoring it. 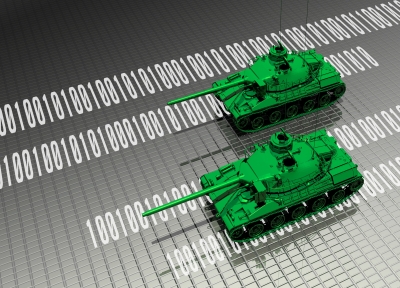 The size and complexity of the virus are two giveaways as to its international espionage origins.  Designed to quite blatantly eavesdrop, it features the creepy ability to use a computer’s microphone to record conversations, compress them and then return them to the virus sender “post-haste”.  This particular aspect has all the hallmarks of Orwellian 1984-esque surveillance.  I read 1984 in 1984 and at the time thought, “yikes, scary but none of this could ever happen”.  How wrong was I?   Flame doesn’t steal money or identities, it just watches closely.

The question as to who is watching who is more difficult to answer.  Countries on the target list include; Egypt, Sudan, Libya, Iran, Saudi Arabia and Israel.  Several bloggers have already identified the virus as almost certainly of Israeli origin, and as being aimed specifically at their arch-enemy Mr Ahmadinejad and his evil cat (surely, he must have an evil cat?).

READ : Lack of Privacy on the Internet | You are being Watched! [infographic]

The problem with this theory is that Israel has been a target for the virus as well.  Of course, the Israeli authorities could be spying on their own national’s, all that trouble over Palestine would certainly suggest they need to know who’s saying what to who.  Not that many of us would be really surprised to learn that any of our governments are cyber-spying on us, so it’s certainly a possibility. 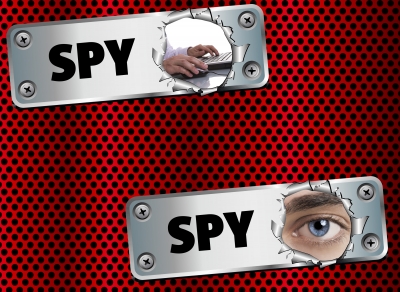 The US is certainly interested in the region, as are Russia and China.  There’s oil in them there hills (and deserts), and it doesn’t really benefit any of the leading world powers to see yet more instability in this rich pickings region.  Russia and China have both, until now at least, remained supportive of the Syrian regime, while the rest of the world has watched in horror at the increasingly dire human tragedy unfolding in the country.

The US has found itself in the last year in the increasingly difficult position of being the leading exporter of democracy to countries that apparently don’t want it, while at the same time supporting abusive and oppressive regimes in ones that have suddenly decided they do.  The Middle East can be a bit of a Spaghetti Junction, diplomatically.

It would make sense in this light at least to suggest that the US is desperately in need of a “heads up” when it comes to which of these nations wouldn’t mind a bit of democracy; so perhaps they might have some use for Flame.

Could it be that Flame is actually a multi-sponsored virus; jointly owned and operated by Russia, China and the States?  Certainly could, although such a level of cooperation between the present and future superpowers of the planet would not be one that they’d be happy for any of us to know about.  It’s actually in the interests of all three to have some idea of what’s happening in this troublesome region.

Syria with its populist uprising, newsworthy violence is a popular cause among many activists around the world; however, to most governments it seems to be a bit of a side show.

Iran, with its nearly nuclear capabilities, poses more threat in the region than anything else at the moment.  One recent computer virus, Stuxnet appears to have been developed to disrupt their burgeoning nuclear reactors, while a host of scientists, experts, professors and even security guards are being mysteriously blown up in Tehran on a frequent basis.  Flame it seems is an upgrade to Stuxnet, but which of older brother’s is behind it, we may never know.

Whoever is behind the modern day Big Brother virus currently attacking the majority of Middle Eastern countries, it’s a timely reminder to update our antivirus.  McAfeePromotions.com offers a range of internet security protection to help you ensure that “it won’t be you” when it comes to who is watching who.

The Benefits of Considering CMMS Software