I’ve used a fair number of mobile messenge apps on my older non-android phone – Nimbuzz, eBuddy, some random Windows Messenger by some random group. But with the advent of smarter Smartphones aka, iOS and Android, and now Windows Phone 8, the competition is rising.

Let’s take a look at some of the more top-notch messenger apps these days. 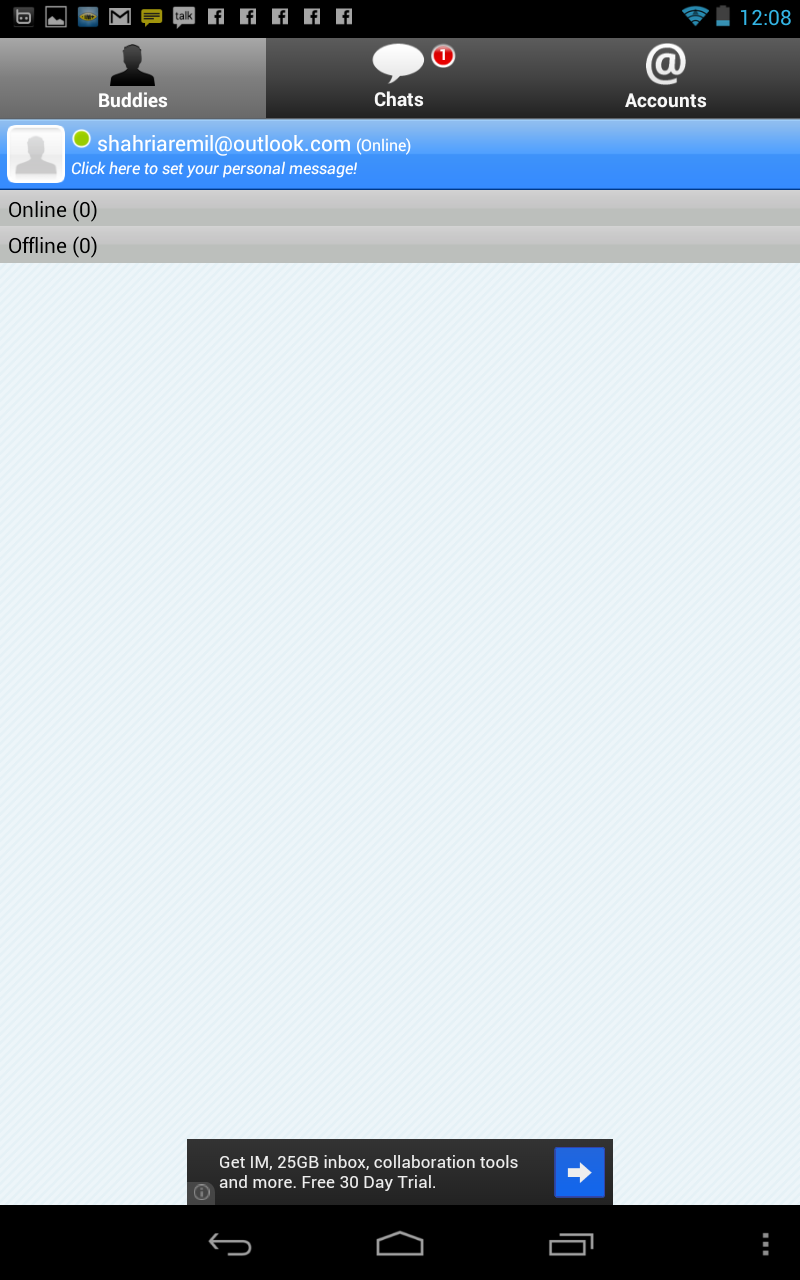 This little guy has been around for quite a while and has gone through many evolutions. Ebuddy allows a multitude of protocols – the typicals: Windows Live, Facebook, Yahoo, GTalk – but aside from those it also has ICQ, AIM, MySpace and Hyves – though, who even uses those last few anymore.

One of the first things you’ll notice when you open the app and log in to an account is the adds staring up at you from the bottom of the app. And not to mention that it doesn’t yet follow the Holo look that. When I signed into my WLM account, it showed 0 contacts online, and 0 contacts offline. Which was weird. But WLM has known to ‘cause that with third party clients. The app itself has three tabs, Buddies, Chats, and Accounts. They’re self-explanatory, and then the menu button opens up more options such as Settings, Logout, About and Search.

Everything else works as it should but ebuddy lacks the oomph that a messenger of its calibre should possess in today’s competive app market.

Thankfully IM+ has conformed to the Holo movement, a much prettier interface than ebuddy. Opening the app prompts you to sign in to the services available – Gtalk, Facebook, Windows Live, Yahoo, AIM, Skype and a more options that opens up a whole lot more of obscure protocols.

Everything is fit onto one screen – you have a sidebar on the left with the contacts, while the majority of the right take up the chatspace with the Holo menu button at the top. You can change the left sidebar to view either chats or contacts. IM+ is rather nice if you like all your things on one screen – it saves moving from screen to screen a lot. It can feel a little cluttered, however – so if you like nice open space – this one isn’t for you. 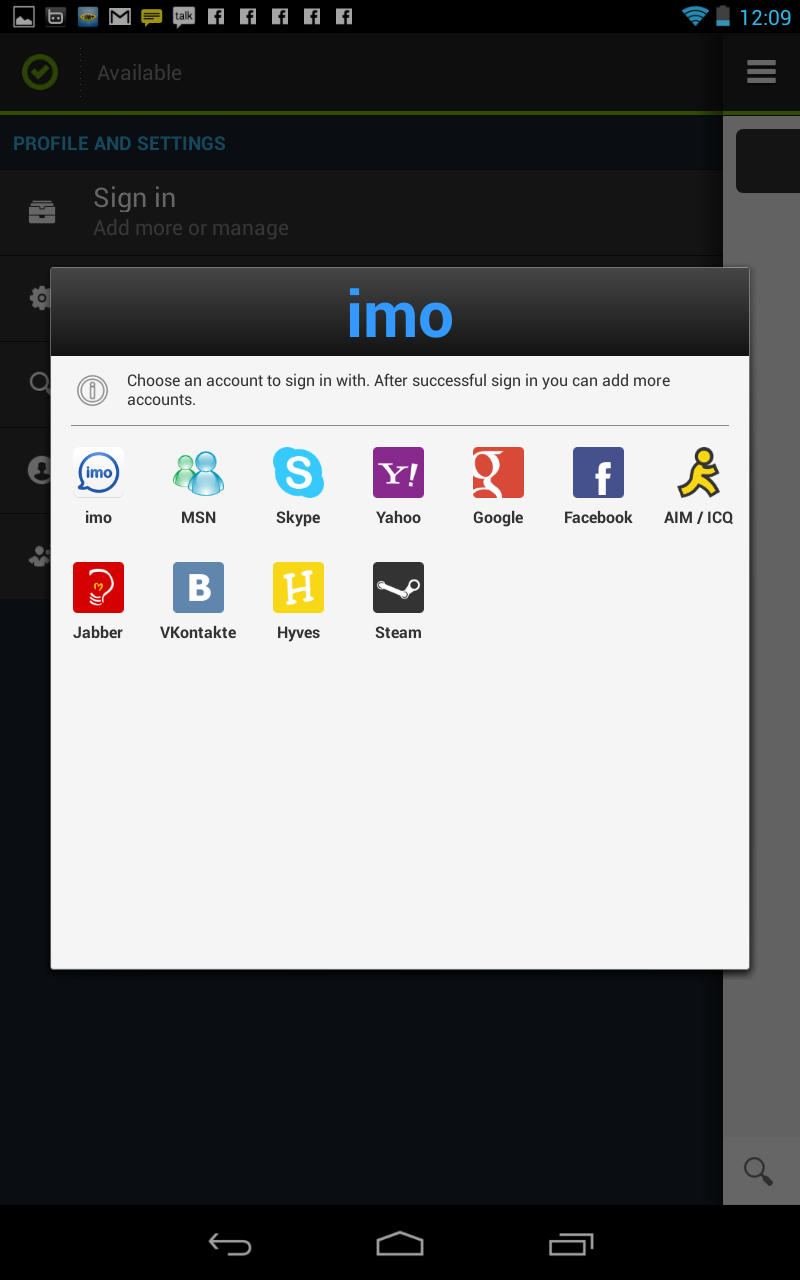 And the last messenger on our line up is IMO. I enjoyed using this one the most. No ads, clean interface with a Holo design. It has four screens that you can swipe left or right to – settings and account, contacts, chat and to the right of chat, chat options such as attach picture (either through browsing or actually taking the picture on the spot), voice IM, history and so on.

IMO is fast and spacious so it doesn’t feel cluttered. It also doesn’t have ads even though it’s free which is always awesome. It also has a nifty little feature where messages are popped on the screen if you have IMO minimized and you can either send a quick reply or open the chat – I personally prefer to keep that disabled when I’m using the tablet but I can definitely imagine scenarios where that would be useful.

ebuddy honestly no longer has what it needs to be competitive against other apps on the market right now, so it comes to a choice between IMO and IM+. They’re both good apps – if you don’t mind slightly compact screen then IM+ is a good choice, but if you prefer a more open environment, IMO is the one for you.

There are other messengers such as Nimbuzz and Kik and so on, but these were the ones we thought were best. If you think we’ve missed a great messenger app, please let us know in the comments!

The Best Gifts for Gadget Lovers this Christmas