Samsung has already confirmed the date of release of the most anticipitated smartphone,Galaxy SIV, this March 14th. Rumours and even more rumours started flooding the cyberspace after the release of Galaxy SIII. Now to add with other rumours/leaks, Antutu Benchmark reveals almost all of the technical specifications of the Galaxy SIV. I wouldn’t totally believe the specs that have been listed here as I would prefer waiting for the event for the official announcements

Since the specs popped up in the app, somebody must have tested out the device which made it reach the list chart orperhaps someone is just playing around?

Thanks to Sammobile’s post today, I immediately started the Antutu app in my Nexus 7 to see it for myself instead of relying on the screenshots. Though the specs were leaked already once in January, the leak of the specs this time is in details. 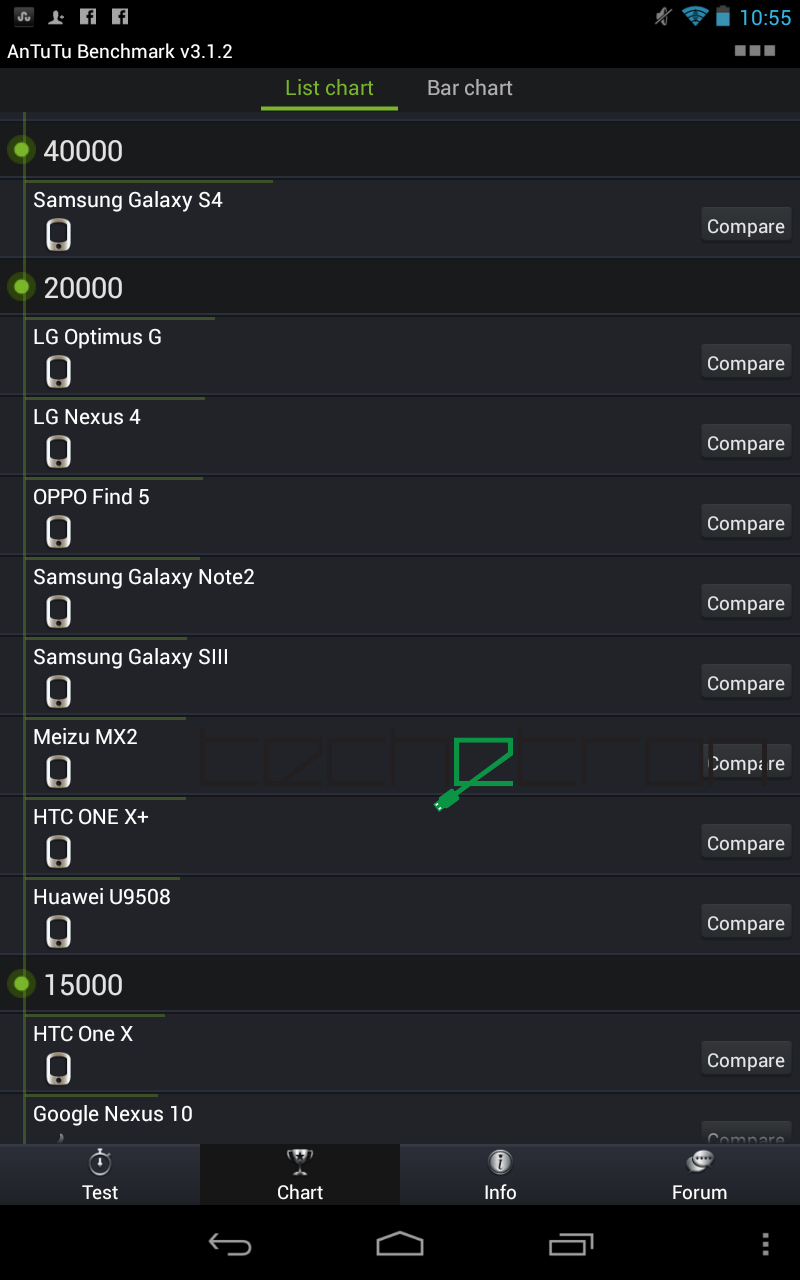 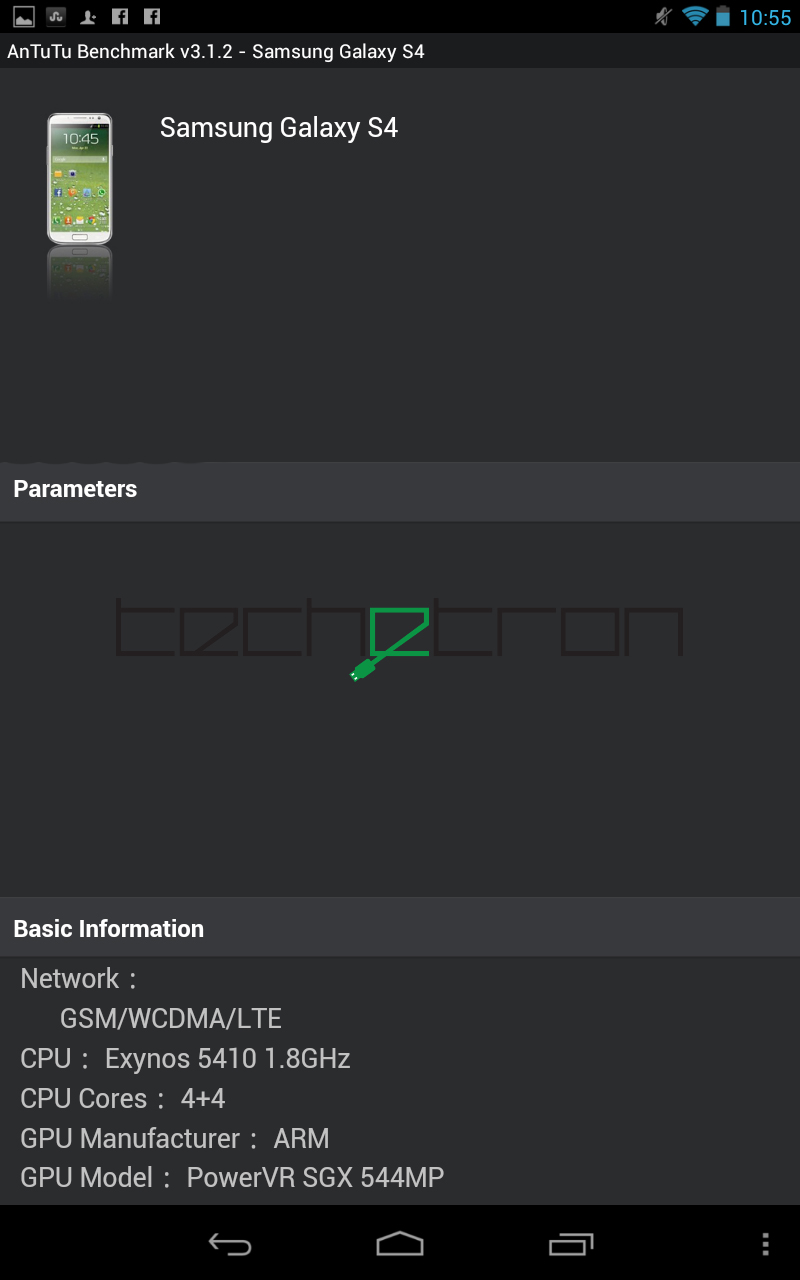 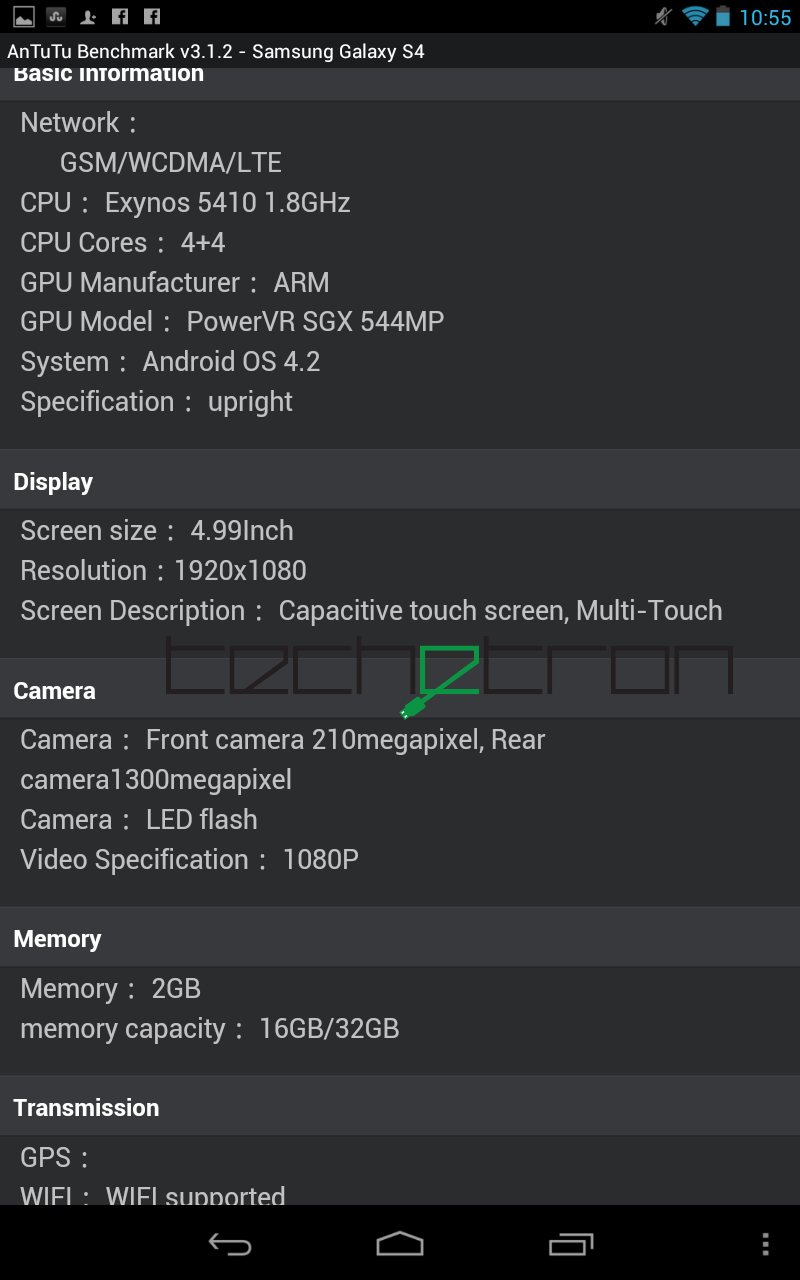 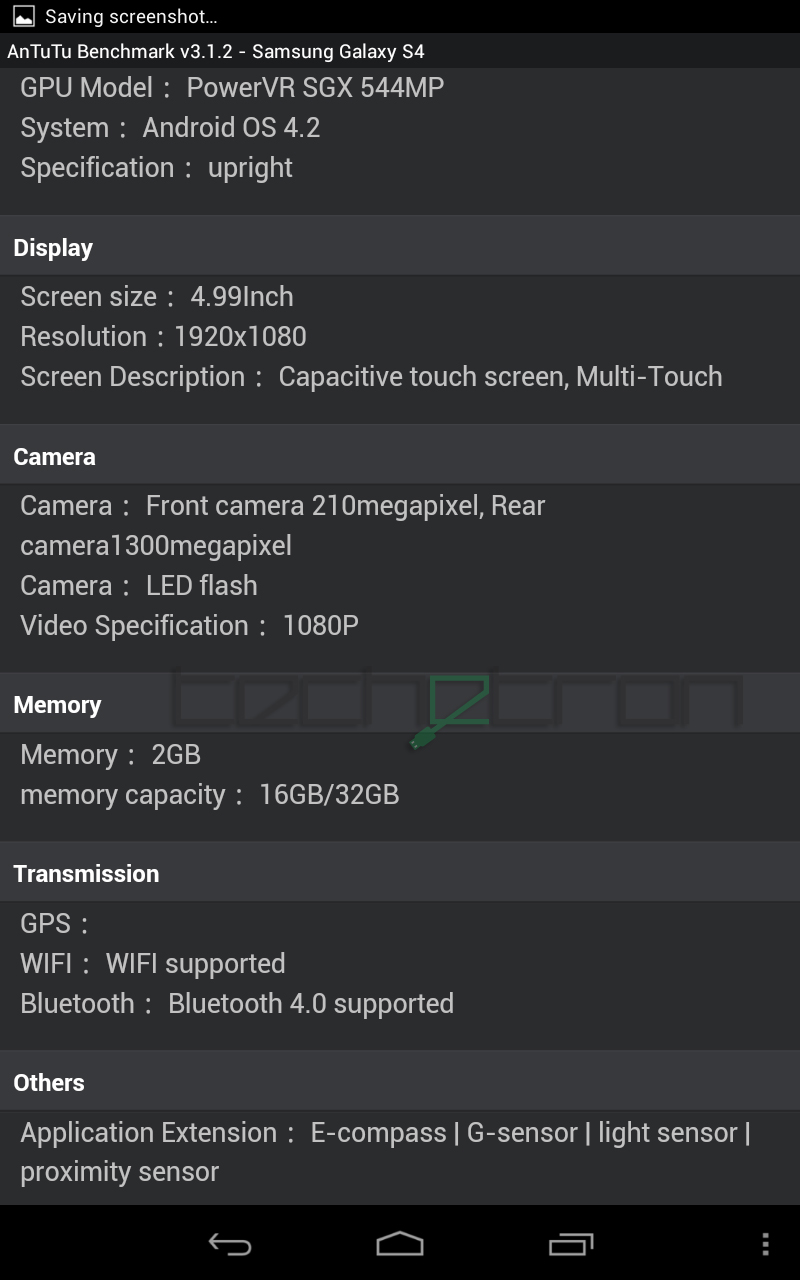 As you can see in the second picture, there’s already a preview of how S4 would look like. Honestly, I wouldn’t like the S4’s body to be like the one featured above. All of us would want this picture to be fake because we are expecting the new Galaxy S4 to incorporate Youm bendable glass display. If Samsung can ensure this, they can easily win the hearts of many consumers provided that the price is not above the ceiling.

Summarising from the pictures above, here are the rumored specifications of Galaxy SIV.

Other than the the OS being Android 4.2 and having an Octa processor, nothing else seems to be out of the box in the upcoming Galaxy SIV based on the leaks. If Youm is featured in Galaxy SIV, as mentioned earlier, it will be a massive hit!
Earlier this month in Androini’s post, they reported that the SIV won’t be having Exynos chip  but specs here reveal the existence of Exynos clocked at 1.8GHz.

The specifications above has been leaked by Antunu but we still do not have concrete evidence that this is indeed the right specs.

Even if this was the right specs for Galaxy SIV, would you be satisfied with it? What are your preferred specs for the upcoming smartphone? Let us know in the comments below!