Walton, a leading Bangladeshi brand, has been performing quite well in the market in recent years with their range of electronic products starting from iron, blender machines, to freezers and motorcycles. Earning much acclaim from home and abroad, Walton has plans to even manufacture their own cars here in Bangladesh.

With the current trends around the world, smartphones seem to be the product everyone is craving for. Seeing the endless possibilities, Walton has also stepped in to make their own branded Android smartphones, the Primo series. Within the span of just 5 months, Walton has released Android Primo, Primo C1, Primo F1, Primo G1, Primo G2 and another soon to be released, the Primo N1. One of the reasons of releasing so many versions in a short time might be their late entry into the market. However, the N1 seemed to be the most anticipated one out of the lot.

On 3rd March, a teaser was posted on Walton’s Facebook page with a phone showing off a clear display of the dull background in it’s screen. The picture mentioned that the phone would be revealed on 15th March, a day after S4 was officially released.

Seeing the first computer generated image of N1 was not enough to satisfy me as I preferred to see a better picture. Luckily, Walton had put up the N1 for display for user experience in its showroom a month before its release in the market. For a better look, I headed there. 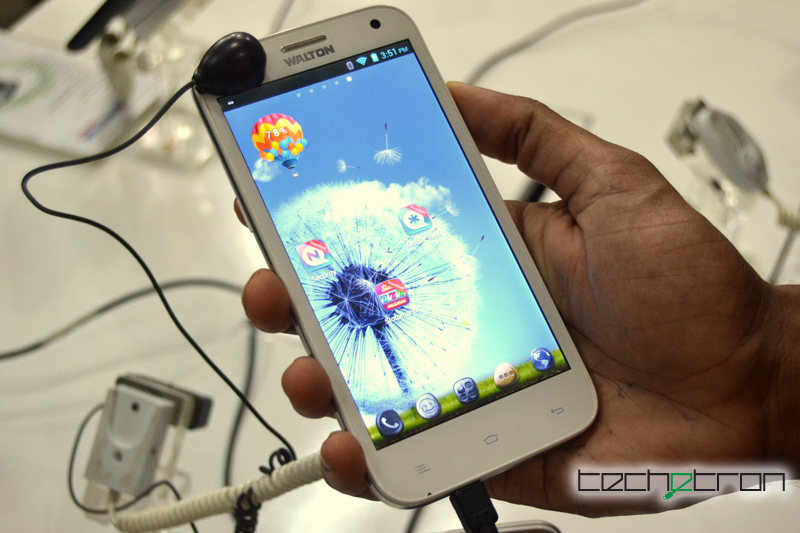 One of the first things I noticed about the Primo N1 was how big it was. It surely did want to retain the same design language of the other Primo series. At 6.02 inchess tall by 2.89 inches wide by only .38 inches thick, it resembles the Samsung Galaxy Note 2.0. The Primo N1 is more than just a smartphone, it is a phablet. With a 5.3 inch IPS display and a very low pixel per inch of 208, it might be a bit of an awkward strain to hold for those with smaller size hands. For large hands like mine, I was able to operate with only my thumb but it went only upto selecting a certain app and swiping left or right. For instance, you would be able to easily interact with the screen but to reach the lower buttons, you would then have to resort to your other fingers. Unless you have one crazy long thumb.

As most of us expected from the teaser, the N1 should have incorporated a full HD display to satisfy the demands, however, the N1 comes with a qHD display with 960 x 540 in resolution. The Quarter HD screen, as the name suggests, isn’t a full HD display. qHD is the higher version of the previous WVGA or VGA and can be seen in HTC Sensation 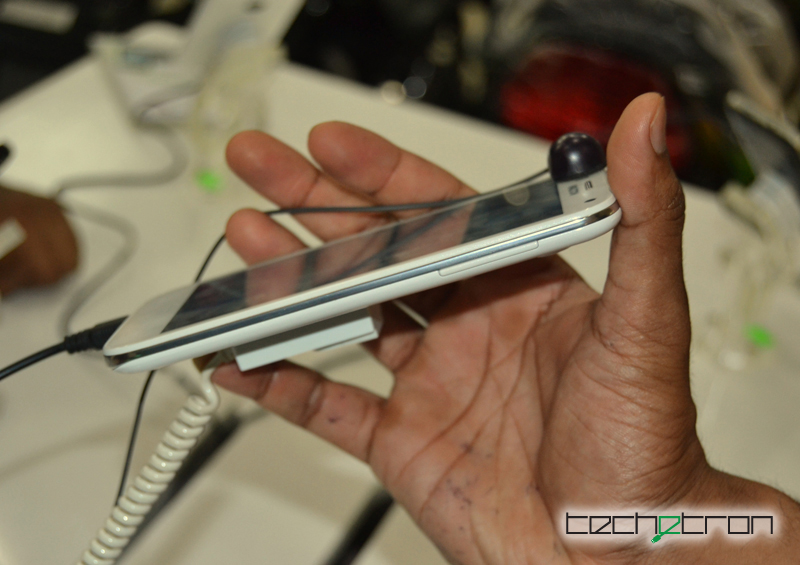 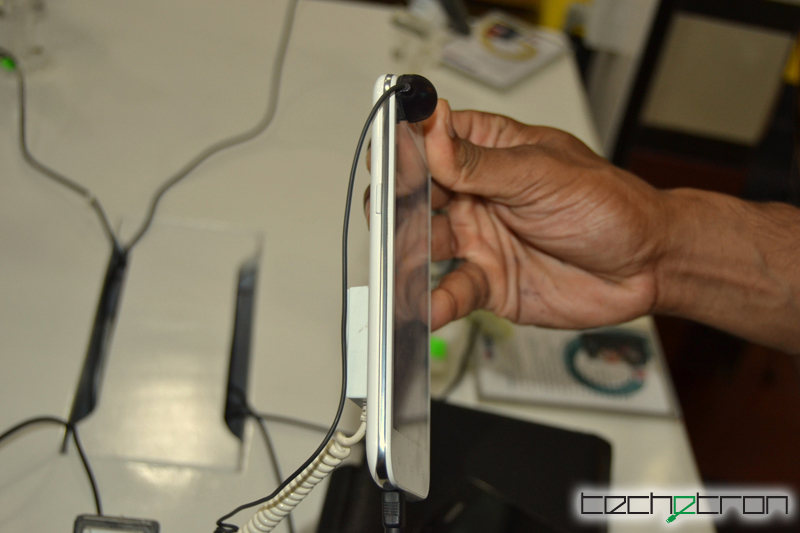 Primo N1 runs on Android 4.1.2 Jellybean with other Primo devices running on 4.0.4 Ice Cream Sandwich. This is surely an added advantage for those looking forward to procure a Walton device. The N1 is armed with a Quad Core Cortex A7 processor clocked at 1.2 GHz. Also, the phone will be powered by only 1GB of RAM with an internal memory of 4GB expandable upto 32GB. 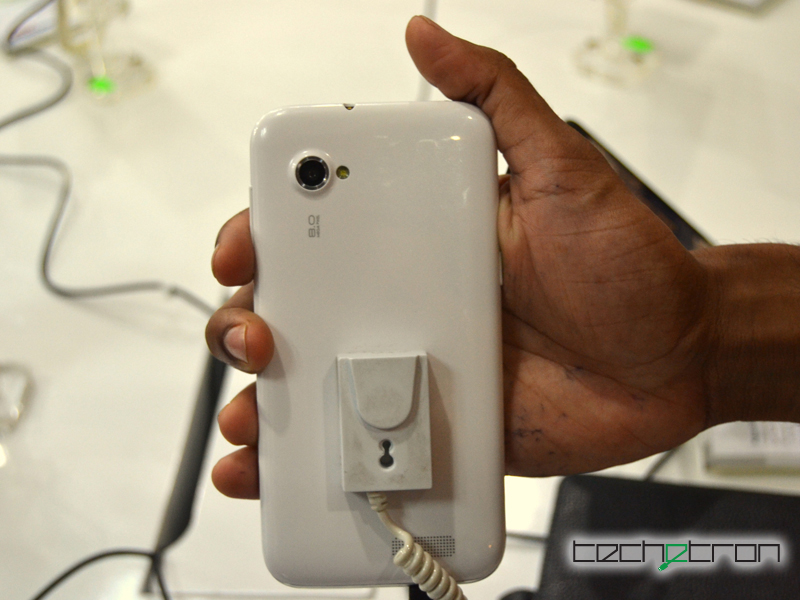 The device supports both WiFi and 3G with dual sim slots. So you can have your Teletalk SIM, the only 3G provider in the country, to experience the blazing fast internet in this phone. Although haven’t tried out 3G there, I am expecting it to work fine. However, with a 3000 mAh battery power, using 3G won’t keep your Primo N1 awake for long as it will drain your battery at a higher rate than the normal.

Walton’s Primo N1 will be available at the end of April and is now available for pre-order only in their Bashundhara City outlet here in Dhaka. When talking with an official from Walton, he assured that the price of Primo N1 would not exceed Tk. 17000 ($217). There’s a high possibility it would have a price tag of Tk 16000 ($205)

By depositing Tk 1000, you would be able to pre-order your Primo N1 and also get discounts from 2%-60%. After ordering, the user will be getting a scratch card where it will be determined how much percentage off he/she will get!

Though the Primo N1 isn’t manufactured in Bangladesh, it is however designed here and assembled in China. The Primo N1 is a grand mobile and it has already managed to capture everyone’s eyes. In my point of view, Walton could have done a lot better in certain areas for the Primo N1. When they anticipated that this mobile would be something big for their Primo lineup, they should have ensured that the display would be Full HD instead of QHD. The low resolution is another major drawback of the phone.

When you actually hold the phone, you tend to ignore the resolution as you would initially get mesmerised seeing the epic size of the phone. Use an iPhone5 or a Galaxy SIII for a moment and come back to the N1, you might feel different.

On the other hand, the Primo N1 sports a quad core Cortex A7 processor clocked at 1.2 GHz which is a plus point. Camera features are great as it also provides 1080p video recording. Also, the Primo N1 coming with Jellybean installed as its OS is another attraction that will surely attract consumers. I love the fact that it comes with a dual sim slot enabling the users to operate two sims at once. 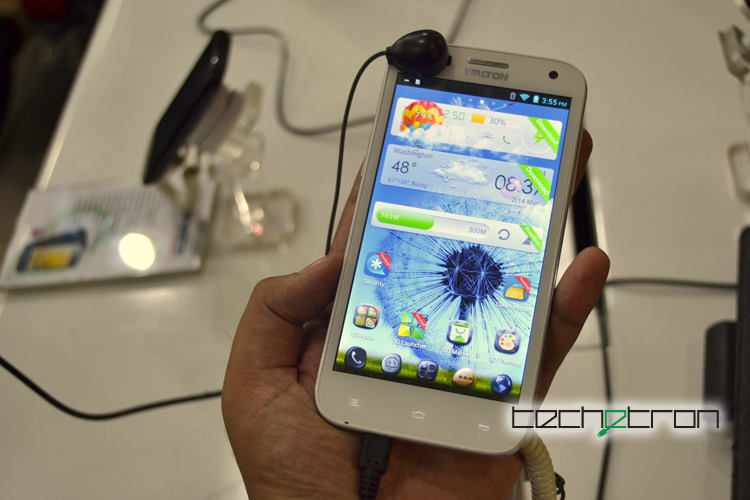 The ultimate questions is, who are the target audience for Primo N1?  Most of the people actually prefer a small display and the most desirable range is somewhere between 4.4 to 4.8 inch. So which group of people would go for the 5.3 inch device? Mainly those who prefer the functionality of both a tablet and a phone.

This is in no way a phone to be used casually. As you need both of your hands to operate, you would have to treat it as you treat your tablets.

Speaking with an official from Walton, he confirmed that there will be more smartphone releases in the Bangladesh market this year and they are even planning to both design and assemble mobile phones/smartphones here in Bangladesh. If they really do it, it’ll be pretty awesome.

I must say, this is a good start for Walton. If at the starting point, they have managed to release a 5.3 inch phone already, I wonder what’s coming up next in Primo Series. I am sure in the coming days, they will be releasing more better and powerful phones which will have all the features that we always wanted.
Post your views on Walton Primo N1 in the comment box below!