I will firstly admit that I had never played any of the Tomb Raider games. Not properly, really. I remember when I was younger I’d open one of the first Tomb Raider games and just randomly shoot at things and stick the butler in the freezer, which was something I saw in a Nintendo Power magazine. In fact, for the longest time the only description I had of Tomb Raider was this: The hot girl with the shorts and the guns. And the well-endowed polygonness of her.

I watched the movies but I wasn’t a fan of Angelina Jolie (I can just hear the guns being cocked at my direction). I wanted to give the later games but just never gotten around to it even though I heard so many good things about it.

So, what sold me to Tomb Raider? It certainly wasn’t the gameplay video – I hadn’t really seen much of it. The trailer certainly helped. But I guess the trailer was mostly comprised of gameplay vids? But I think what convinced me to give this a shot was that it felt like a fresh start for Lara, and in turn for me. It is the first adventure of many that the femme fatale has in her career as explorer, and it kinda felt appropriate that this would be my first Tomb Raider game. 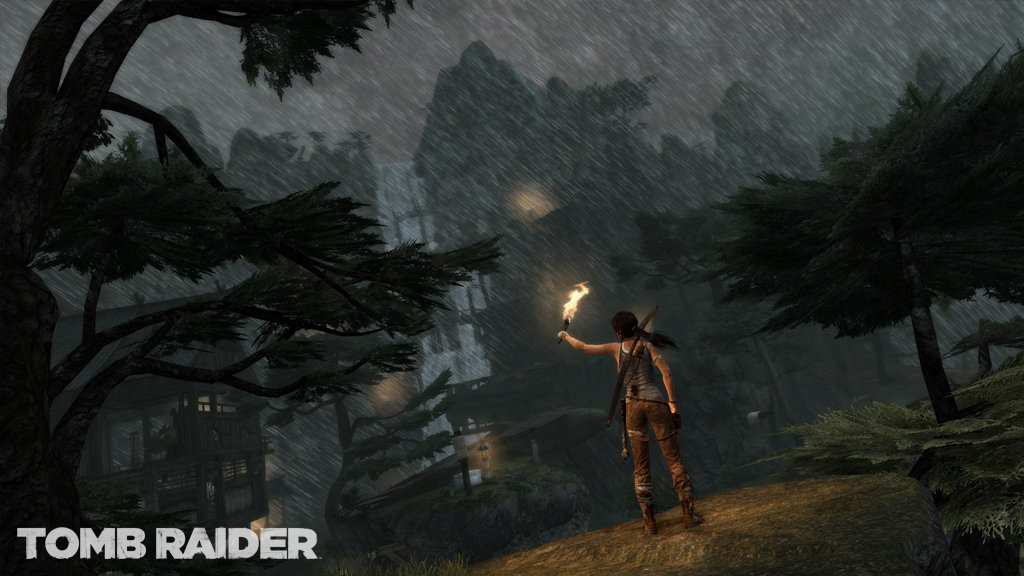 ‘A survivor is born’

Boy. When narrative says that they aren’t wrong. You will cringe, you will grimace, you will have your heart torn out as you watch Lara Croft suffer all kinds of horror and brutality not only at the hands of the wilderness but at the denizens inhabiting ancient Yamatai. Lara finds herself struggling to survive and find ways to o this overcome an ancient world of deadly precipices and a broken kingdom. She asks questions only to be met with mysteries with very few answers, and as the story unfolds you find yourself invariably rooting for her, even falling in love with her (or was that only me). Her friends her lost and in front of them lies an army of madmen trained to kill.

This is truly how a survivor is born. 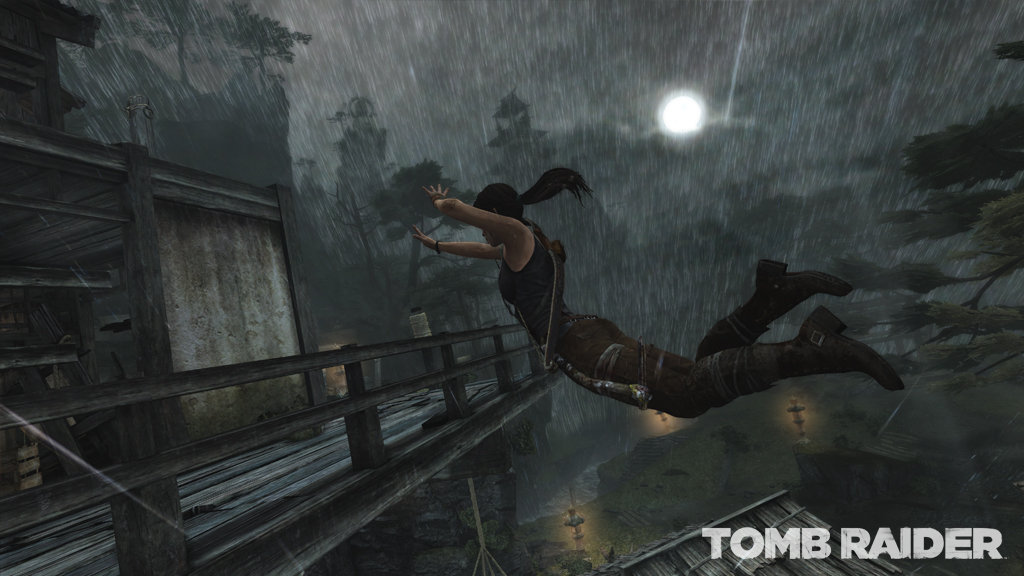 Brilliant pretty much sums it up. My poor Lenovo Y580 can’t handle the game at ultimate settings and in fact, I had to turn off TRESSFX on the hair option which basically makes it render more or less every single strand of her hair. Something else that really adds to the atmosphere is the Depth of Field option, another aspect I had to keep low.

I would refer to this video to get a good idea

But with those resource hungry options turned off, game ran smooth as a button on a Core i7-Q3610M (mobile processor), 8GB DDR RAM and a GTX 660M. 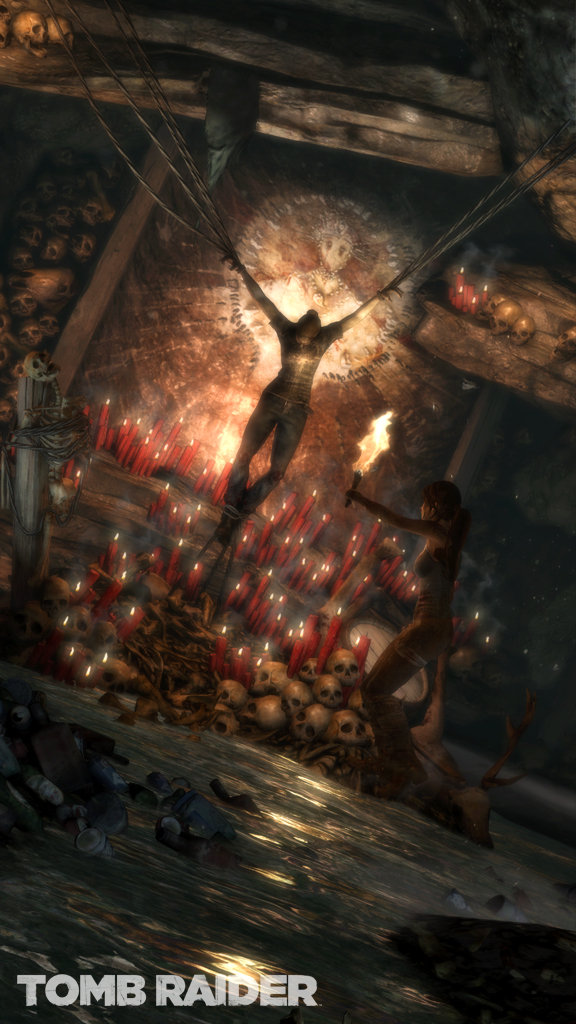 Again, fantastic. The soundtrack created the perfect atmosphere for the game moving from slow to frantic to apprehensive just when it needed to. Masterfully done, but these days you can’t really have AAA games without having full scale orchestral score. I was reaffirmed of how excellent the track was when I was on the edge of my seats absolutely immersed in the game, as if fearing for my OWN life while I helped Lara escape a burning building. 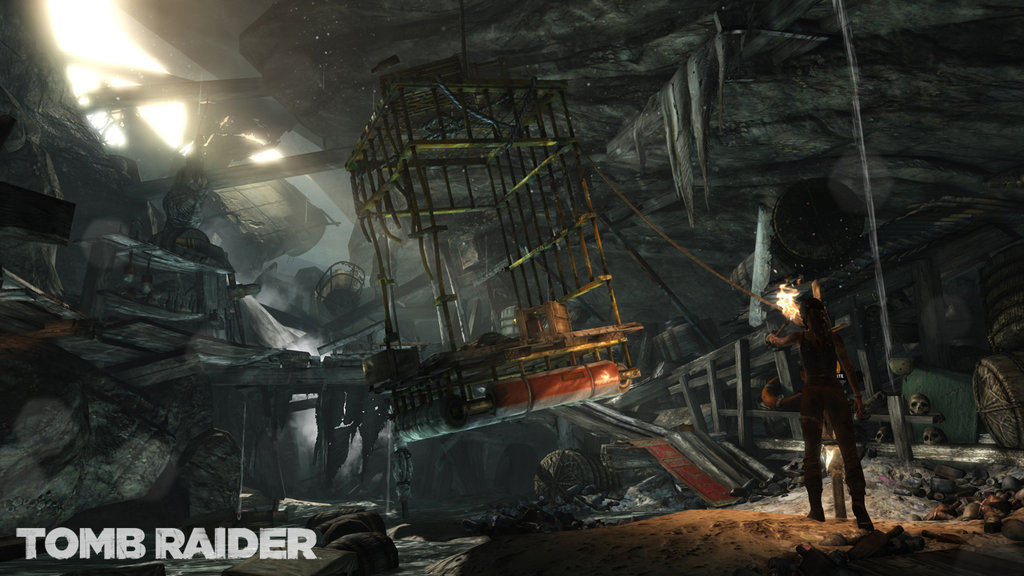 The common opinion is that the gameplay has borrowed several leaves from the pages of Uncharted. Whether this is true or not I can’t really say having never played any of the Uncharted games (I can almost see the pitchforks rising) but it’s probably true. You play over the head, and you initially start with just a bow that you need to hunt a deer for food. You eventually other more powerful weapons and have the ability to upgrade your current ones at camps. I don’t know if the old games had similar RPG elements, but Lara levels up with XP gained from completing quests, raiding tombs, killing enemies, and finding treasure. You can invest points in three skill sets: surviving, hunter and brawler, each helping to basically survive the almost demonic wilderness that is Yamatai. 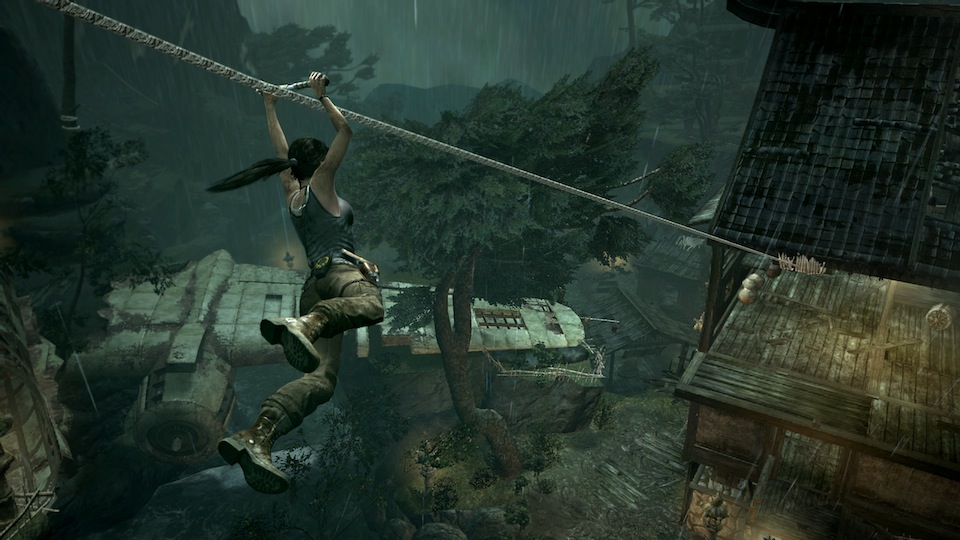 The game is action packed but stealth plays a significant role, depending on your play style. You have to solve puzzles and interact with the elements and environments in the game to further your quest to find your answers.

Play it, love it, and yearn for it. I was unable to put this game down. It had been quite a while since I played a game that I so effortlessly became engrossed in. Every minute was something to do, something to explore and something to find. Every turn was a twist, and every tomb was another step in Lara’s Adventure. It’ll keep you up at nights and bring you back for more the next day.