There is a lot of hate going around for the new device in town. The Xbox One. And there will be a lot of debate. Cruising any tech websites will yield numerous comments on how Microsoft is better, or how the PS4 is going to kick the Xbox One’s ass or how the console is a dying platform, or how if you’re a hardcore gamer you game on a PC. There isn’t a lack of an opinion on the internet. But that’s all that is. Opinion. And here’s ours.

So what is up with all the hate? For one thing, you know that collection of Xbox 360 games you’ve amassed in the last seven years? Yeah, those won’t be compatible with the One. Or any legacy games. And here’s something which is a little bit of a puzzle. There are some conflicting information out there right now. The first impression was that you can use a game disc to install the game on only ONE account – if you wish to do so on another (i.e., lending it to a friend), there will be a fee which has yet to be set.

Then Xbox Support said that the information is not correct. But information on Kotaku reveals that trying to play an Xbox on another account/device will cost the same price of the game (so not exaclty a “fee”). But apparently, it will be possible to sell off the games on Xbox Live if you’re done with it. I think that we’re just gonna have to wait a little bit more to get more concrete information regarding how this will work. 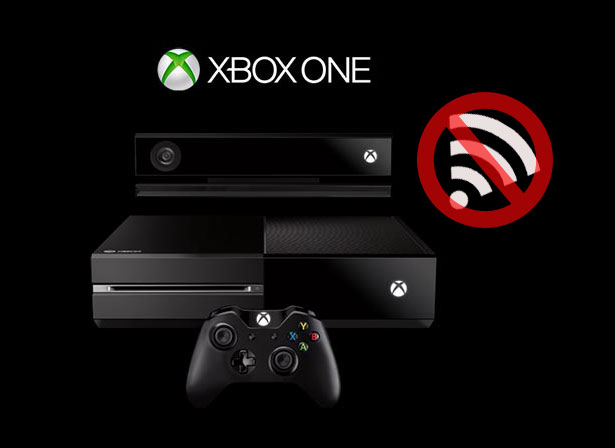 And yet another sore point is the online requirement part of it. There were rumors flying about how the latest Xbox is going to require a constant internet connection. That’s not true. It’ll require you to connect to the Xbox Cloud once per 24 hours – once again reported by Kotaku. However Microsoft has told Polygon that it was one of a potential scenarios.

The bottom line? Nothing is clear at the moment. Verge has the full story regarding this here. 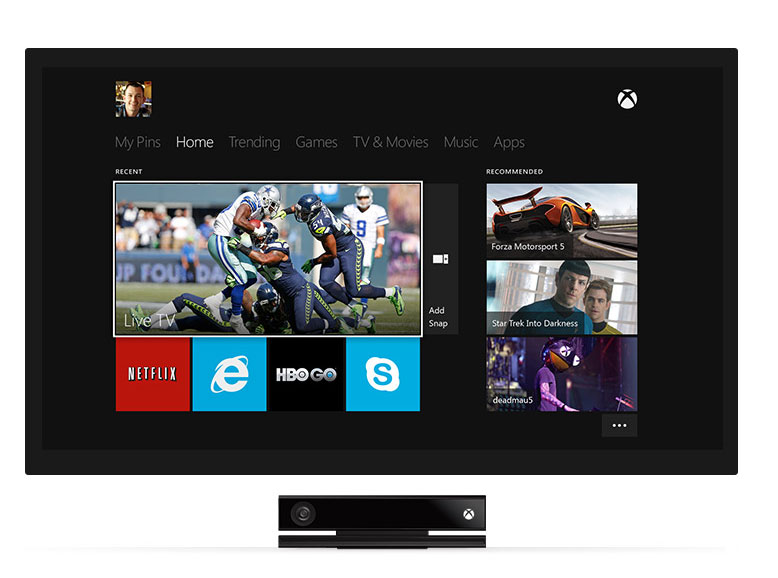 And a lot of gamers are feeling that Microsoft has abandoned the core gamer audience and instead is now geared towards competing with television and cable. I’m not entirely sure whether this is the case. Xbox 360 was already being used to watch Netflix for a majority of its user base. This could be the next logical next step in home entertainment platform. We have evolved the phone in the same way, for example. We now use our cellphones to shoot and watch videos – polar opposites to the primary function of a phone – making calls. 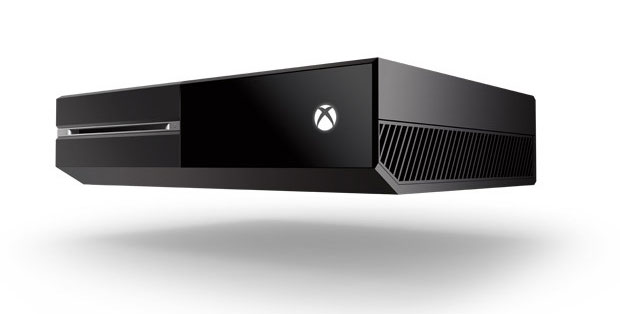 And there is the design of the console itself. People have compared the box look to an old cable box or a VHS player. It’s not like it’s called an Xbox… Personally, I think it’s a great design – and Microsoft has taken care not to forget the Red Ring of Death fiasco and so have focused on controlling proper airflow. It definitely has a retro and brick-type look, but it also looks powerful.

Considering all of this I am not surprised why there are a lot of hate directed at Microsoft and Xbox One. The restrictions are not consumer friendly, nor these vague informations and misinformations. However, make no mistake that the Xbox one is a powerhouse of a device. It’s built with an octa Core CPU, 8 GB of RAM, 500GB of Hard drive space, Blu-Ray Drive, USB 3.0, Wi-Fi Direct and an HDMI In/Out port. 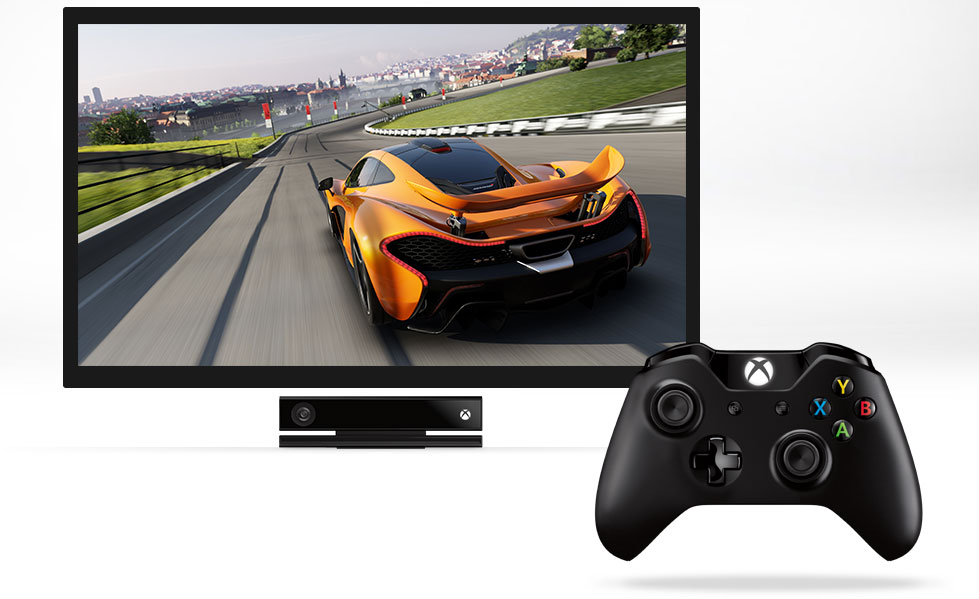 Microsoft have said that they have 15 exclusive titles planned for the Xbox One, 8 of which are brand new franchises. A few upcoming games mentioned were FIFA 14, Madden 14, UFC 14 and NBA Live. We’ll probably see them release around the same time as the console. Let’s get real though – this isn’t particularly exciting news. Sports games appeal to only a handful of players. None of these are exclusives either, and nor is Call of Duty: Ghosts, a franchise that Microsoft have said has helped them achieve the success they enjoyed with the 360. Personally, I think that particular cow has been milked dry but that’s another story. 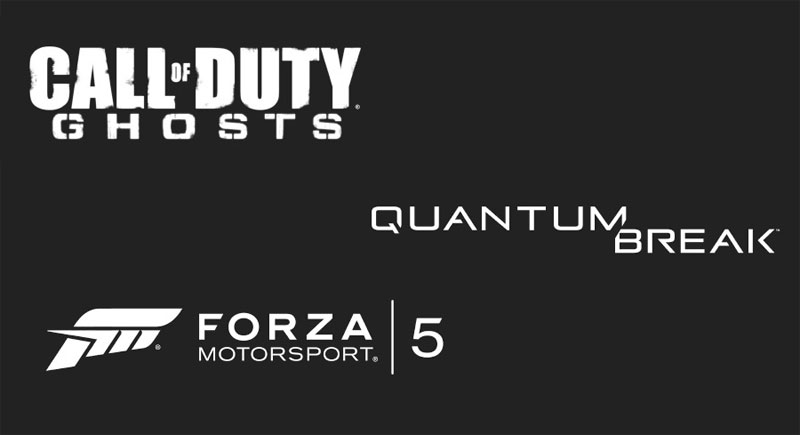 The two exclusive titles they did reveal was Forza 5 Motorsports and the more interesting looking Quantum Break. The trailer for Quantum Break involved live-action cinematic as well as CG cinematic, an interesting blend between the two. The combined cinematics show clips of a girl who is able to control time – and that’s pretty much all we know.

Fans everywhere were no doubt eagerly awaiting news of a new Halo game but there was none. It wasn’t all disappointing though. Bonnie Bross announced the live-action Halo TV series, headed by none other than Steven Spielberg. We can only expect awesome things from this.

The Xbox One has three operating systems acting as one. It runs Windows for its app, the Xbox OS with direct access to the hardware and a bridge software that combines the two for seamless switching between different applications, allowing easy multitasking between games, Netflix, Skype, the web and anything else. The Xbox is controllable through voice commands. Xbox On turns the device on, and Answer Call answers the call – very simple. Speaking of user interactivity, the Xbox One comes with a new and improved Kinect system which is able to cover more depth than ever – we’re curious to see what developers are going to do with this.

Right now, Microsoft’s latest console is lacking in games. And the ones so far mentioned during the reveal are lacklustre and nothing entirely new. There are a few more titles that are a little more juicy such as Bungie’s Destiny, Ryse by Crytek, The Evil Within by Bethesda, Thief, Watch Dogs, Witcher 3, as well as a new Wolfenstein title.

The powerhouse that is the Xbox One means that game developers are gonna be able to do much more with their games and hopefully we’ll see some innovative titles coming up for these consoles.

Incidentally, Sony’s stock went up right around the time of the Xbox reveal. Does this mean that there is a loss of faith in the new Xbox or is it something different altogether? Nonetheless, it’s still not sure whether all the hate is well-placed or not. We’ll be finding out in E3 whether the Xbox One has been hiding all the other juicy games in their sleeves or if Sony will be steamrolling over Microsoft with the PS4.