Razer has long been reputed to be makers of some of the best gaming peripherals out there manufacturing quality products ranging from mouses and keyboards to headphones and recently they entered the notebook market too! About which, you can check out our article here.

Click the image to go to the contest page! 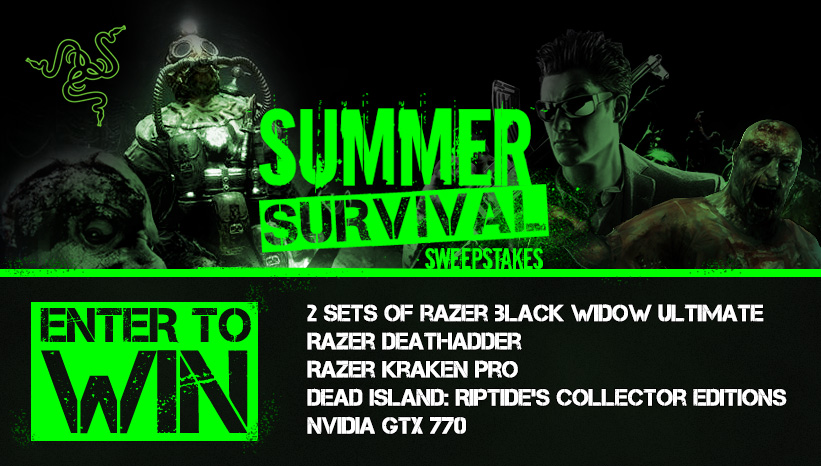 That is quite the impressive catch. Out of those products I’ve had the fortune of using is the Stealth Edition of the Razer BlackWidow Ultimate keyboard.

I actually got lucky and was able to snatch this up from someone who was no longer using it for some odd reason, and I’ve had almost next to nothing but satisfaction from using this beast of a keyboard.

The BlackWidow is very basic in its layout design, but that’s pretty much where the similarities end. It was a little hard to get used to the raised keys after being on the laptop for so long, but once I was using it for a day or two it was hard to go back! The keyboard is armed with a few extra functions such as five macro keys that you can set up to your heart’s desire with Razer Synapse. 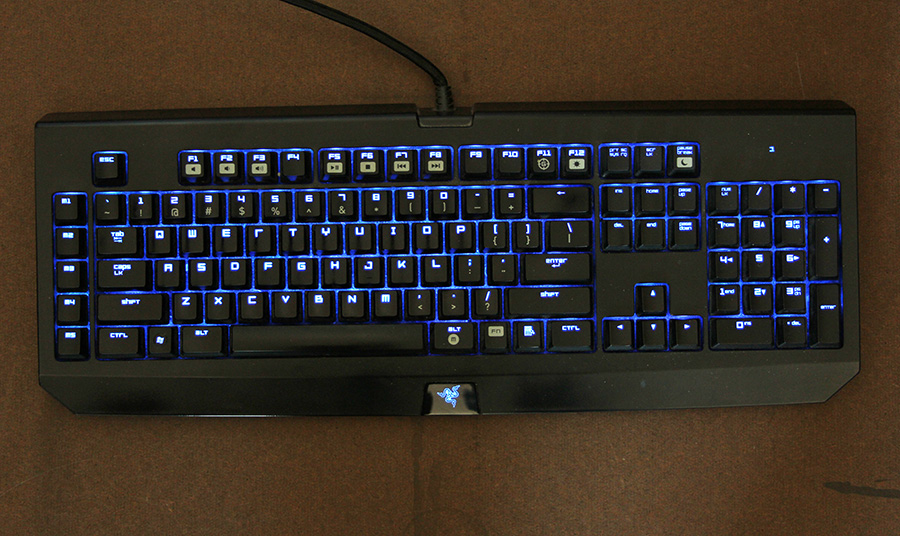 The BlackWidow also comes with a “Gaming Mode” enabled by pressing the Function key beside right-alt and F11, lighting up a crosshair above the numpad. What the gaming mode does is it disables the windows key from function so you don’t accidentally minimize while playing a game (a lot of games do make use of Control, Alt, Shift and Z so this makes sense). However, I’m not entirely sure if this stops background popups from appearing either, or other programs that tend to minimize active fullscreen programs – I don’t usually use the function as I like playing Borderless instead of Fullscreen.

There is a backlight function also controllable by pressing the function key and the F12 key. There’s three levels of brightness on the backlight and an off state. Pretty useful especially if you’re on the computer at night, you share a roommate on a college campus and want to be able to see where the keys are.

The keyboard is a little on the bulky side, though I’m sure there are plenty of other keyboards out there that are more cumbersome. It’s fairly heavy for a keyboard and is pretty thick, and thickest near the function keys becoming thinner nearer the space bar. 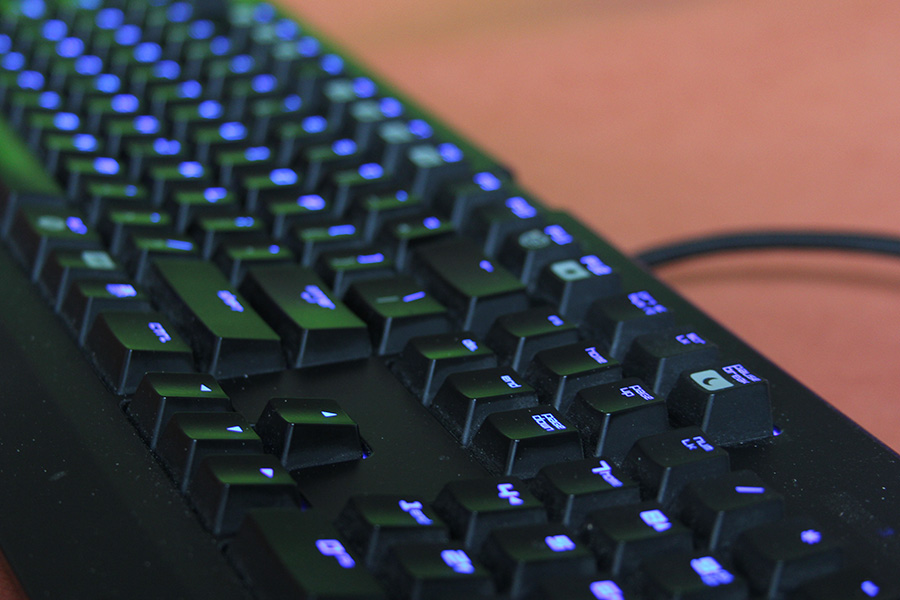 For all intents and purposes, this is a great keyboard. It feels awesome to type on – the fingers just move from one to the next easily (again it feels extra awesome after typing on a laptop with flat keys for over a year). I’ve never had a ghosting issue and the keyboard IS known for that kind of thing. Although, again, the last time I had a ghosting issue was years and years back when we were all playing Metal Slug on the same keyboard with all our hands taking up the least amount of space possible.

There are two USB cables to connect – one will say Razer and the other will say Port. It only needs one to work (the Razer one) but the second one turns the BlackWidow into a hub – there is  a USB slot located on the right edge along with the option to connect your audio device (after connecting the respective cords to your computer of course).

I found this to be kind of counter productive however – I’m right handed so my mouse is on the right side and I personally prefer the mouse to be as close to the keyboard as possible and I’m not quite certain if this is unique to me or common all around. It’s hard to have things connected to the side of your keyboard and needing to maneuver your mouse around the wires.

Another sore point I have is that the bundle of wires is a little too thick and can get in the way if you don’t have a keyboard tray like me and have to move it around on top of the desk. But it’s not a big issue though.

All in all, the BlackWidow Ultimate is an awesome keyboard, and I’ve played more than a few awesome games on this – I just wish my backlight was green instead of blue.