The whole world was confident it was iPhone 5 for 14 months until today’s announcement. One digit was all that mattered but the digit never changed. Everyone was glued to the live blog which featured Apple’s announcement in Cupertino today (4th October 2011). Unfortunately, it did not turn out as it was supposed to be. Instead a letter was added to the previous digit itself, 4S.

The main reason for the great disappointment would be due to high expectations. By looking through the polls in different sites, around 55% of the people are disappointed just after the announcement was made.  As Apple began to unveil its new specs for the iPhone 4S, things slightly started turning. Check below why iPhone 4S is awesome! Besides the iPhone, Apple announced some great new improved products such as the new iPod Nano, Shuffle and the iPod Touch with low prices.

2GB is now $49 and comes out with 5 different colours

Apple has  introduced new Nano which could be used as watches! It comes out in 7 different colours. Moreover, you could just wear it when you go for jogging or exercise letting it measure all the calories burnt, distance etc without any sensors or devices added to your body. 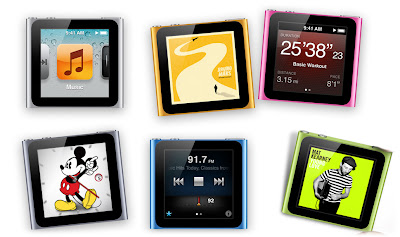 The greatest attraction of this new iPod touch is, it not only is available in Black but also in White! The greatest upgrade for Touch is including iOS5 ! Other upgrades include thin design, Retina Display, Face Time, HD video recording and Gryo. Apple has finally reduced the prices of Touch considering its competitors selling their products at very low prices.

All to be available on October 12th

1:54 PM , the announcement was made. Ruined everyone’s expectation but once Phil Shiller started describing its specs, people started to think twice before hating it. This is what Phil had to say after announcing iPhone 4S, “Of course it starts with a Retina display, of course it’s glass on the back… but don’t be deceived, because inside it’s all new.” The last part of the sentence was to appease everyone who was expecting iPhone 5. iPhone 4S would also be known as the World Phone : GSM and CDMA. It would support both GSM and CDMA.

The new iPhone 4S contains the A5 Chip, dual core processor and dual core graphics. 7x faster graphics which means smooth running games with great details! It would allow 8 hours of talk time on 3G, 6 hours of browsing, 9 hours of Wifi and can download data twice the time faster than it usually did. 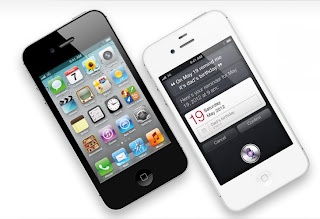 Next, it made great improvements to its camera sector. It has a 8MP sensor with a backside illuminated sensor capturing 73% more light. It’s dimension is 3264X2448 and can print out 8×10 photographs. It also has a Hybrid IR filter allowing better colour and picture. It takes only 1.1 seconds to snap the first picture and .5 seconds for the second. Faster than any other phone.

In the case of video, it runs at 1080p. AirPlay Mirroring is the new feature presented which allows you to play your games on a bigger screen! Impressive! Imagine playing Fruit Ninja !

Siri. What is it ? This is the Voice-Based Assistant company that Apple had purchased and this feature would enable users to free their hands and use their voices instead. With your voice, send messages, make calls, set reminders, get to know the weather and most importantly save yourselves from accidents. This program would definitely cause lower accidents considering everyone using an iPhone 4S and not using their phones while driving!
Siri will support English German and French. 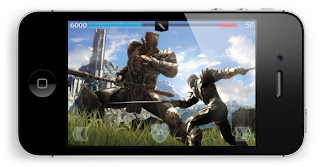 Now for the prices.

Now the main question is, when will iPhone 5 be released ? It seems, it’ll launch in 2012. Till then, enjoy with the new iPhone!
by Mushfique