Back in November, 2012 Facebook announced the Social Jobs Partnership. It is a collaboration between Facebook, the U.S. Department of Labor, the National Association of Colleges and Employers (NACE), DirectEmployers Association (DE), and the National Association of State Workforce Agencies (NASWA). Together they aim to facilitate America’s job market through social media. This is Facebook’s foray into the recruiting industry (even though the company officials say they are not entering the market but that’s pretty far fetched) using their well established network. Clearly, they aim to catch up on LinkedIn’s success of catering a network and job board for post college professionals. 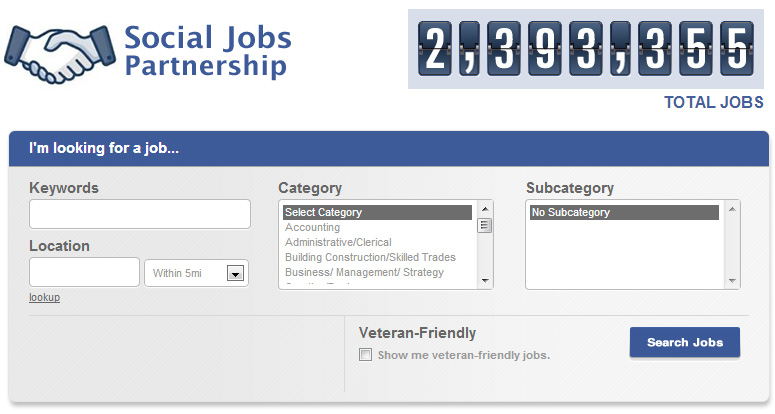 LinkedIn has a user base of 175 million professionals. Facebook’s total user base is over a billion but they can certainly slice their population to target certain demographics and types of users. Its an interesting shift as new younger job seekers are more social network oriented than ever and would be comfortable seeking for jobs on such platforms. Facebook seeks to capitalize on that by allowing users to search for jobs according to location, industry and skills and apply directly through Facebook where their profile already exists. Then they can share it with others although I am not sure what the benefit of that would be. I for one, keep my applications private and I would image so do many others.

It would be interesting to monitor their efforts though especially since the key difference here between LinkedIn and Facebook is that, LinkedIn originated as a network solely for professionals to connect with each other and facilitate companies and job seekers to find each other whereas Facebook originated as a platform to allow communication amongst friends, keep in touch and share likes and interests. There is much less professionalism there and would users be willing to share their everyday life profile with companies is another debate altogether. Whereas LinkedIn has an established brand for business networking,

Facebook does not and people might not want to mix their professional life with their social life. The area where Facebook might actually have an upper hand is in the bottom line, fresh college graduates and younger people looking for jobs. They might not care where the job comes from and a Facebook job board would be easier and quicker to jump into. At the same time, there has to be companies willing to recruit through Facebook. Right now Facebook does aggregate over 1.7 million jobs through Work4 Labs, Branch Out, JobVite, DirectEmployers and Monster.

Trying Out Their Job Platform

I tested out the system, and as it stands now, I actually had a confusing and negative impression. They have a lot of optimizations and feature addition left to do. You first have to put in keywords, location, category and subcategories to initiate the search. Afterwards you have to select one of their five partners to see the results – they are not all displayed together as you would expect. It is kind of silly since they overlap each other but you have to go through all of them similar to just searching through those sites on your own. The location search is all kind of messed up at the moment which surprised me given how much advancements Facebook has done with locations. I searched for jobs near Minneapolis and ended up with results in Washington. Thats 1500 miles away when I searched for jobs within a 20 mile radius. Lastly, clicking to apply for a job actually takes you to different systems as used by the job board partners. As of right now, their job board is half baked. Since they actually have not done a huge push to advertise it yet – it leads me to believe they are not ready to show it yet. Probably performing much needed upgrades in the back.

All that being said, Clearly, Facebook does not want to be left out to social ventures that will bring in more revenue and they are trying to set it up. Sites like Monster has been losing shares steadily as LinkedIn is becoming the go to site for job seekers. LinkedIn is the premier leader in the market at the moment so there is no reason why another company can’t step up to compete with them. And what better company than Facebook – the already established social network king.