You are Here: Home Latest Posts Tech Smartphones Galaxy Note 3 vs Nokia Lumia 1520: Here’s Why The Lumia is Better

Phablets are here to stay. These huge, unwieldy devices are seeing tremendous amount of success, especially in countries such as South Korea where 41% of users have phones that are 5” or higher. Now, truth be told, I have no problems with phablets. They may be too large for my small hands, but I think they’re cool devices. I especially like the Galaxy Note 3, which seems like the perfect combination of screen size, usability, and power to me. I also love the 1920×1080 screens that these behemoths have.
What I don’t like is how Android handles the resolution.

Android, despite all its bluster, falls short in one major area: the home screen. Yes, it’s highly customizable. You can put hundreds of icons, widgets, folders, and whatnot into tons of scrollable panels, but it still doesn’t change the fact that Android won’t properly utilize your phablet’s full resolution. 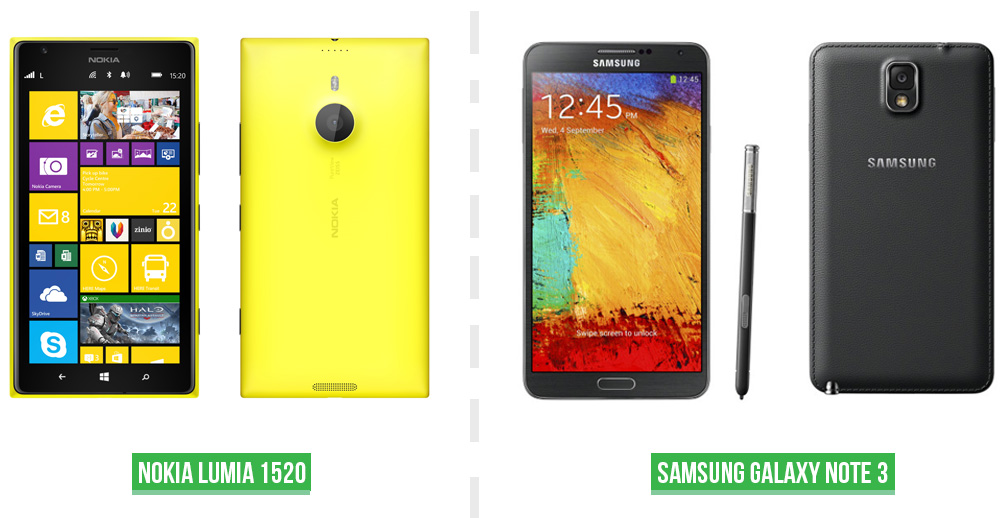 To illustrate my point, put a Galaxy S3 (which has a 1280×720 display) and a Galaxy S4 (1920×1080) side by side. Can you truly differentiate between the home screens? There’s nothing to differentiate: they both look the same.

Android simply doesn’t make use of that extra resolution. There are so many possibilities, yet it completely flounders the opportunity to do something unique and offer more functionality. Unless Google introduces resizable icons and widgets—among other things—phablet resolutions don’t offer anything new or interesting.

Now, this is where Windows Phone comes in. I’ve been a WP user since its Mango update. I’ve used a HTC Mozart 7 as my workhorse for two fruitful years. I’ve upgraded it to 7.8 and enjoyed the resizable live tiles. While the Mozart’s 3.7” screen seems tiny to me now, I never felt suffocated or choked in by the resolution or the screen. In fact, I liked it. 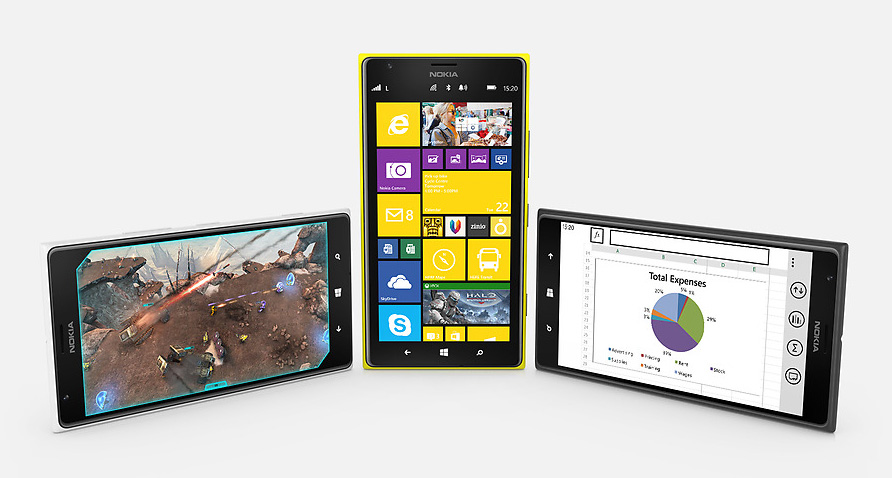 Why? Live tiles. Microsoft struck upon gold with these things. They offer information at a glance; all the information you need is right there the moment you turn on the screen. Weather tiles can show the temperatures for multiple cities at a glance. You can read short snippets of your messages and emails. You can also find out if anyone has sent you a tweet without having to open the Twitter app. The constantly shuffling photos app reminds you of the good times you’ve had.

All this is great. As a matter of fact, I never had to dig deep for anything on my Mozart. It was right in front of me all the time.

Now, I admit WP has its fair share of problems and limitations. The lack of a notification center is a deal breaker for some. The people hub is in dire need of an update. But Microsoft got the live tiles right, and that’s where the Nokia Lumia 1520 comes in.

This is the first WP with a 1080p screen—it’s absolutely fantastic. It’s proof that the platform’s dense tile layout can work on large screens and excel on them. The inclusion of a third row of live tiles expands and improves the user experience in a grand way. It makes the screen active. All this makes the Lumia 1520 a much better 1080p phone than most Android phablets.

Presently, I understand that the Lumia 1520 may not be for everyone. I also get the fact that many people are put off by Windows Phone’s interface, which is radically different iPhone and Android. But I feel that WP makes the best use of 1080p screens right now. Not only is it more effective, it also looks quite attractive.

Ultimately, there’re a lot more factors that’ll decide whether the Lumia 1520 is a good phone or not. But if you’re looking for a phablet that makes great use of its real estate, I feel Windows Phone offers the best option right now.

After the Galaxy S6 impressed us all with its performance in  AnTuTu, this time it is the Galaxy…
byAlavi Wahid
One comment

For the first time ever, OnePlus is launching a new device, the OnePlus 3, without requiring users to…
byMushfiqur
No comments

The first mobile phone I used was a Panasonic set. I cannot tell you the model number off…
byNaveed Choudhury
3 comments
Total
2
Share
2
0