You are Here: Home Latest Posts Tech Windows Phone in 2014: What to Look Forward To

The years have been kind to Windows Phone. Despite it not being advanced enough, it hasn’t faded to oblivion. As a matter of fact, it has actually gotten stronger, faster, and better. Simply put: 2013 was a good year for Windows Phone.

But what about 2014 and beyond? It’s a question that has been lingering on my mind for a while now. To be honest, there’s no straight answer. Some things lead me to think this might be the year Microsoft strikes back against the behemoths—Apple and Google—while others make me believe the company may be treading the cursed path of BlackBerry.

First of all, 2014 might be the year Windows Phone reaches its full potential. Microsoft is considering making WP licenses free of charge to hardware makers. The Internet rumor mill credits this to OS chief Terry Myerson, who is believed to bring about broad changes to the Windows division.

Nokia currently dominates Windows Phone hardware with over 80% market share; there aren’t many other companies that make WP phones anymore. This move makes a lot of sense when you take into account the fact that Microsoft now owns Nokia’s phone business, so they’re essentially charging themselves money for making their own phones.

If this rumor is true, it will generate a lot of interest in the mobile OS. HTC and Samsung, two previous partners, may come back with low to mid-range handsets targeted towards developing markets. It will also renew developer interest in making applications for Windows Phone. 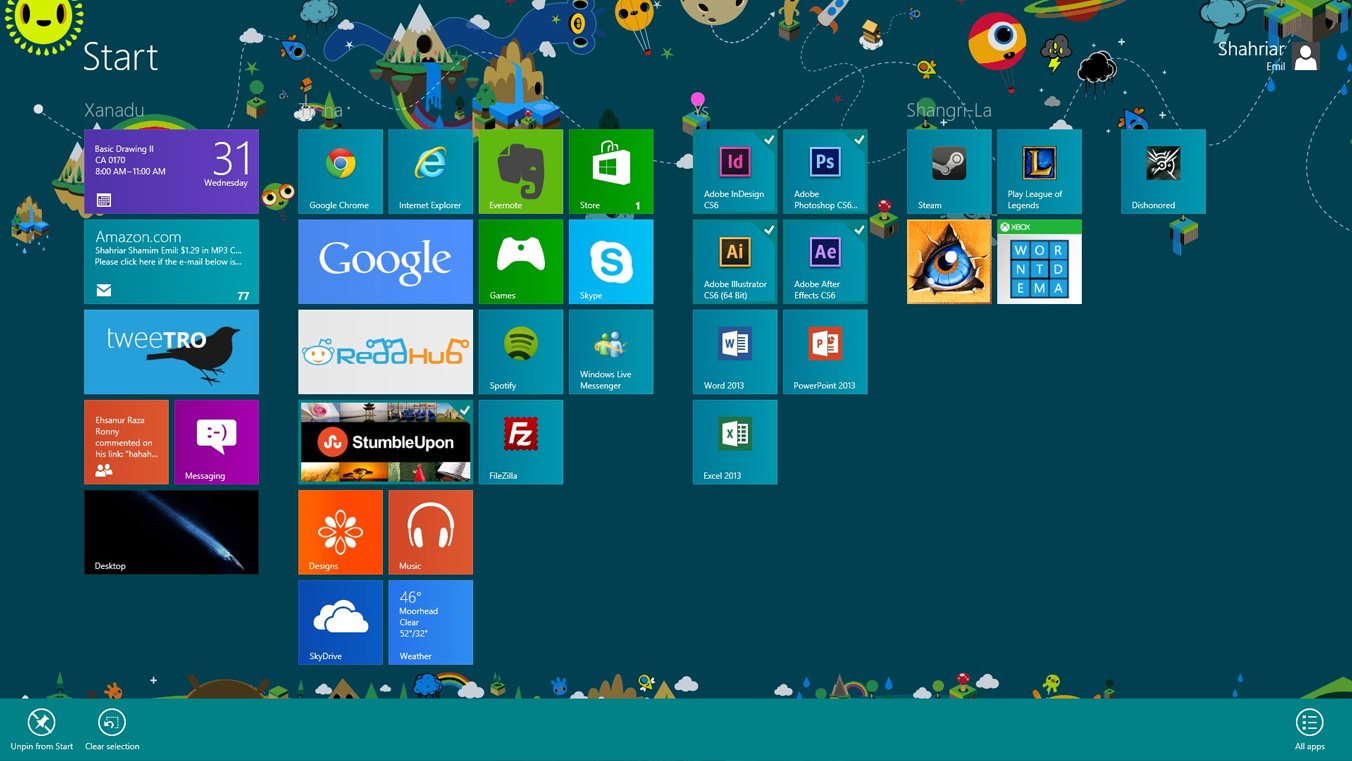 While we’re on the topic of apps, Windows Phone’s marketplace is disappointingly barren when compared to Android and iOS ecosystems. This is the year Microsoft either makes or breaks Windows Phone with developer interest, and it appears they’ve already gotten a head start.

Windows is currently split into three distinct operating systems: Windows Phone, Windows RT, and Windows 8(.1). The company has done a lot of work towards making it easy to develop for these platforms. They’ve cut both cost and workload through shared API, code, etc. While their exact plans aren’t fully known at this point, it’s expected that they will unify the storefronts, letting developers post one app that can scale from mobiles to tablets to desktops.

Hints of this come straight from Executive VP Devices and Studios, Julie Larson-Green. She really likes the iPad, praising its closed-off system for providing a seamless experience at the cost of flexibility. “We believe in [that] vision and [that] direction and we’re continuing down this path,” she said, hinting at Windows’ future. 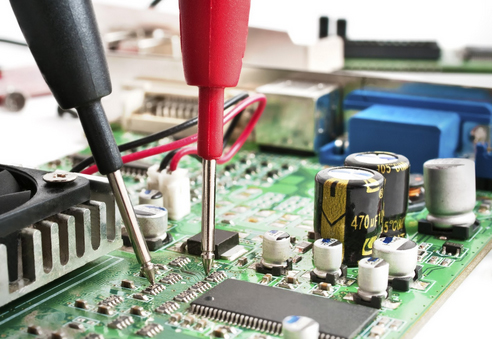 While unification is all fine and dandy, it’s the hardware that will drive adoption, and Nokia seems to be filling it in spades. Up until last year, Windows Phone had been lagging behind Android in terms of raw power and variety. Nokia had changed all that with their recent flagships, and it seems they’re now ready to shake things up.

It’ll be no surprise to see the company start making devices with the latest Snapdragon processors and large screens. The surprising thing will be the introduction of 2K displays and next-gen camera hardware with at least 20-25 MP sensors. Nokia already has a 6” full HD device out, so they can easily release another one with 2560×1440 resolution, the latest quad-core processor, and 2 or 3 gigabytes of RAM. The inclusion of a stylus wouldn’t hurt either.

This will surely put the device in the same leagues as upcoming flagships from Samsung, HTC, and Sony. Quite interestingly, the latter is expected to release a WP device sometime this year. Sony and Microsoft are reported to have held several discussions, with Sony going so far as to build prototype devices.

While the deal hasn’t been finalized and can fall through at any time, it’d be very exciting to see a WP device with Sony’s style and build quality. It’s expected to be released as part of their Vaio product line if it comes out.

Nokia had proudly boasted that it had sold 8.8 million Lumia smartphones around the world during Q3 2013. While that number is very impressive, it pales in comparison to the iPhone 5S, which sold 9 million in its first three days, and the Samsung Galaxy S4, which sold 10 million during its first month. 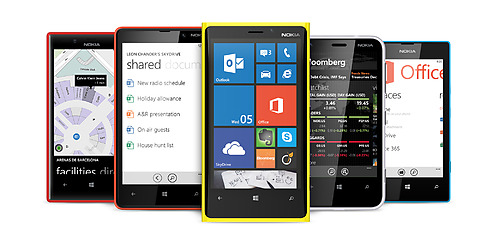 This shows the scale of what Windows Phone is up against. It remains dominated by both Google and Apple. Although Windows Phone has grown over the past year and gained market share in both developed and emerging markets, it needs to make a big impact in 2014 if it wants to stay relevant and competitive.

Another thorn on Microsoft’s side is the lack of updates. While Windows Phone was initially founded with the high-minded ideal of fast updates not being held up by OEMs and carriers, it has simply not been the case. Also, the updates have been slow and they haven’t addressed some nagging issues.

The biggest problem that I’ve seen so far is the lack of a proper notification center. Live tiles are great, I understand, but there has to be a centralized place for notifications. This is something both Android and iOS excel at, and it’s something Microsoft needs to address quickly.

As it stands, I hope for the best. Twelve months of opportunities lay ahead of us, and it’s up to Microsoft and its partners to wow us with quick updates, brilliant hardware, and renewed interest in its marketplace. 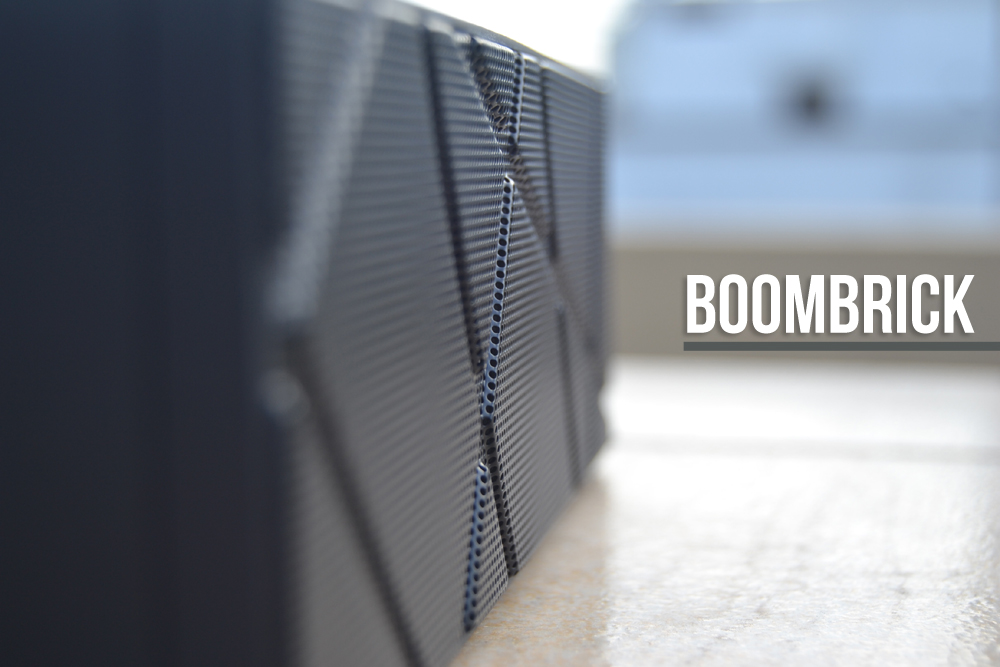 I am not really an audiophile as a lot of my friends I know are. I have however…
byShahriar Emil
1 share
1
0
0