You are Here: Home Latest Posts Tech News Soon, you will be able to connect external HD to Xbox One

Microsoft has revealed that they might consider adding support for external hard drives to the Xbox One console and just as this news gets out, an Xbox One developer has posted a photo on Reddit which clearly shows an external HDD functioning with the Xbox One.

The new announcement comes after Microsoft has revealed that they are going to release a $399 Xbox One console without the Kinect peripheral. 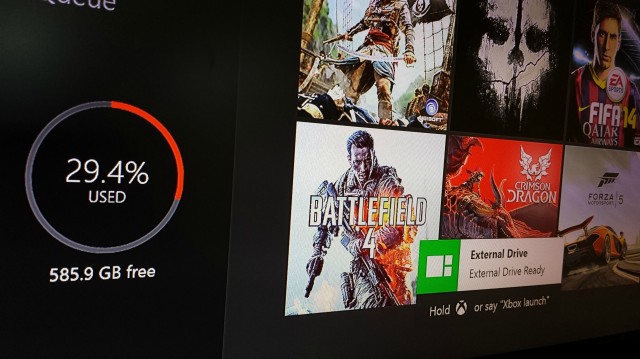 For the external HDD Support, Microsoft hasn’t provided an exact date when it will be available but according to the developer, it would be up pretty soon.

[divider]READ: Microsoft’s new strategy: a $400 Xbox One without Kinect [/divider]

If Microsoft can manage this, they will surely attract more sales as this is one of the features everyone was looking upto.

More updates might be revealed in the upcoming E3 event, till then fingers crossed to see this happening!

Google took to Snapchat to let the world know about the name of their latest Android OS version.…
byMahir Amer
One comment

Gionee, a Chinese smartphone manufacturer, will be officially starting their journey here in Bangladesh from 19th of April.…
byMushfiqur
No comments

1. Nexus X Rumour has it, Google is working on a new Nexus phone and it shall reportedly…
byAlavi Wahid
No comments
Total
2
Share
2
0