Are you planning on travelling abroad or do you make a lot of long distance calls? Placing your calls using Wi-Fi connections rather than your regular mobile connection can save you a bundle on roaming fees. There are a number of apps that allow you to make your calls using a data connection instead of a phone signal, often completely free of charge. We know Viber to be one of the best apps for making Wi-fi calls but hey, there are some more worth checking out. Here’s a roundup of the most popular Wi-Fi calling apps apart from Viber.

Available for iPhone, Android, Windows Phones, and Blackberry, KakaoTalk can be used on both a 3G network and using Wi-Fi. You can use it to text or call your contacts free of charge, provided that they are using the same app. Although you won’t need to register to use this service, KakaoTalk does identify you using your mobile phone number. One standout feature is the fact that you can place group calls, which is useful for those with friends and family in far-off places!

Perhaps the best known out of the Wi-Fi calling apps, Skype is available as a free service when placing calls to other Skype users. You can also call landlines or mobile numbers out of the network for a small fee. Available on the majority of computer and mobile operating systems, Skype is already widely used which means that there’s a good chance that your contact will have it installed. In addition to regular phone calls, you can also make video calls, group calls, or text chats.

Another good option for those who travel, WiCall uses local Wi-Fi connections to bypass your regular carrier and make a VoiP call on your behalf. This app is available for Android phones or honeycomb tablets. There’s no contract and no maintenance fees, but you must prepay to use this service. Credits purchased last for one year, so you’ll need to place your calls within this time frame. It’s handy if you need to travel abroad and want to avoid roaming fees, however.

Like Skype, Rebtel is a Wi-Fi calling service that is available for most platforms, including Windows phones, PCs, tablets, Androids, and iPhones. You can even use it on your landline. Like most of the other apps on this list, calls are free when placed within the Rebtel network to other users.

Although most of the apps require you to place calls to users of the same network or pay a fee, magicApp by magicJack differs slightly in that you can call other contacts for free as well. However, some restrictions apply based on the region you’re calling from. Texting isn’t available, but callers from within the US or Canada can call almost anywhere in the world free of charge.

These are just a few options to take advantage of a strong Wi-Fi connection and potentially save money at the same time. The next generation of smart wifi calling allows you to switch seamlessly between a 3G network and a Wi-Fi connection depending on signal strength. We can expect to see more apps and services along these lines in the future. At the moment, it’s best if you can convince your contacts to use the same apps, and save money on your long distance calls as a result.

For Christmas last year, I received the Nokia Lumia 520 from a relative of mine. It was worth…
byShafayat Rasul 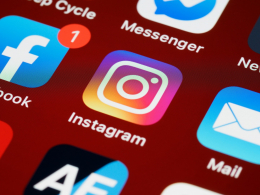 88% iPhone Users Worldwide Have Opted Out From App Tracking Since iOS 14.5 Launched