In the recent investor meeting at New York, the president of Corning Glass Technologies, Jame Clappin has said, “We told you last year that sapphire was great for scratch performance but didn’t fare well when dropped. So, we created a product that offers the same superior damage resistance and drop performance of Gorilla Glass 4 with scratch resistance that approaches sapphire.” reported by CNET. 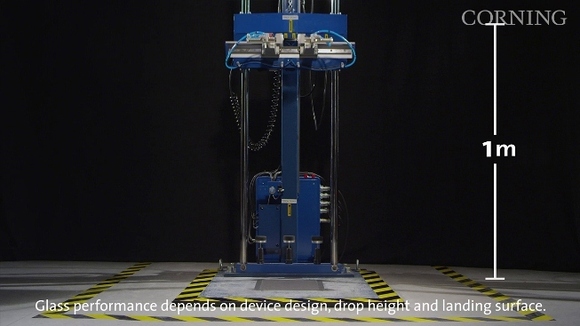 Corning’s Gorilla Glass has been the first choice of majority of the smartphone makers which includes the two giants as well, Apple and Samsung. While the latest two flagships of Apple, the iPhone 6 and iPhone 6 Plus were planned to ditch the Gorilla Glass and replace with sapphire which is more scratch-resistant when compared to the Gorilla Glass. In the end, Apple (Corning’s most important customer) had to take shelter at Corning’s as GT Advanced, the supplier of the sapphire glasses filed for bankruptcy protection and severed ties with Apple in a public dispute.

Although sapphire is still being used in the camera lens and TouchID sensors of Apple’s but Corning is not willing to give up its position to any competitors and thus came the Gorilla Glass 4 which is equally damage and scratch resistant.

Other than the smartphone’s front glass, Corning has been a major supplier of the TV displays and fiber-optics and now new markets are opening up on the wearables section as well. The smart watches are also very prone to scratches and rough landings on the floor which requires strong glasses to keep these dearly gadgets in one piece.

Corning’s Gorilla Glass 4 will be made available for sale later this year.

The second biggest search engine in the world is changing their logo. The company behind the search engine,…
byEhsanul Haque Nitol
No comments

Today, technology is all about the next generation.  Well, maybe not totally, but it is mostly about what…
byMushfiqur
2 shares
2
0
0
2 comments
Total
1
Share
1
0