Finding the right speakers or headphones is one of the most stressful things ever. And also very relative to the listener. Some people like really high bass, some people like them trebles high. I prefer a good balance of clarity and light bass. Nothing ruins a listening experience than choppy sound.

So how does the Braven 570 fare? Not bad at all, actually.

Here are the details: 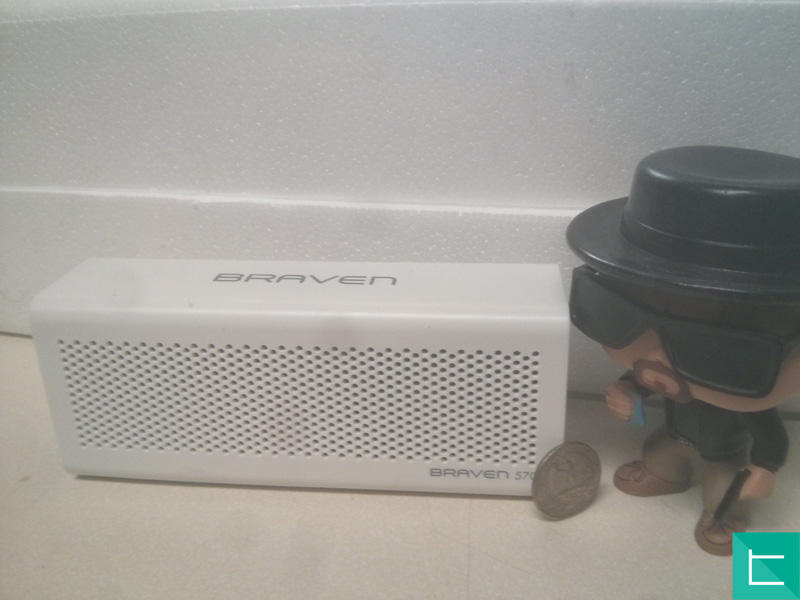 The design of this speaker is fairly simple and minimalistic. A long rectangle with speakers on both sides with ports and buttons on the side. One side has the charging port, line in, volume buttons and a play/pause/call button. The other side has a USB port that you can use to charge other mobile devices which is pretty handy but nothing I’ve had to really use.

It’s pretty light weight that you can easily just put it in your backpack or even your jacket/sweatshirt (if you don’t mind the bulge). It makes it really easy if it’s a nice day out and you’re going for a picnic or something by the river, and just pair with your device and rock on. 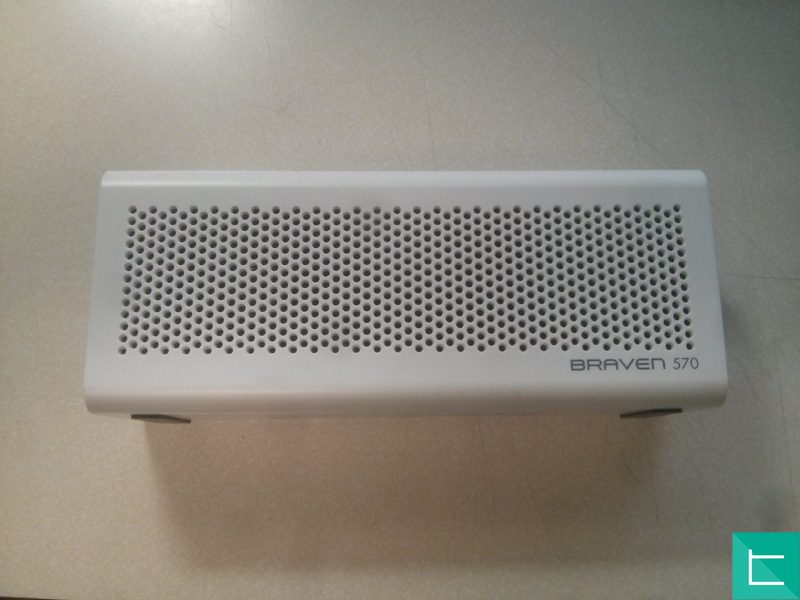 Connectivity: Speaking of pairing – I’ve tested and used a fair few bluetooth devices and a lot of them don’t always connect so easily. The Braven connects fast and connects smooth. I’ve not experienced any drops and I’ve let it play for the duration of its battery life. Once paired up, the device tends to connect automatically, and that’s a good thing. For example, I had depleted the battery on the device, and as soon as I plugged the charger in and turned it on, it detected my phone and connected back to it within moments. 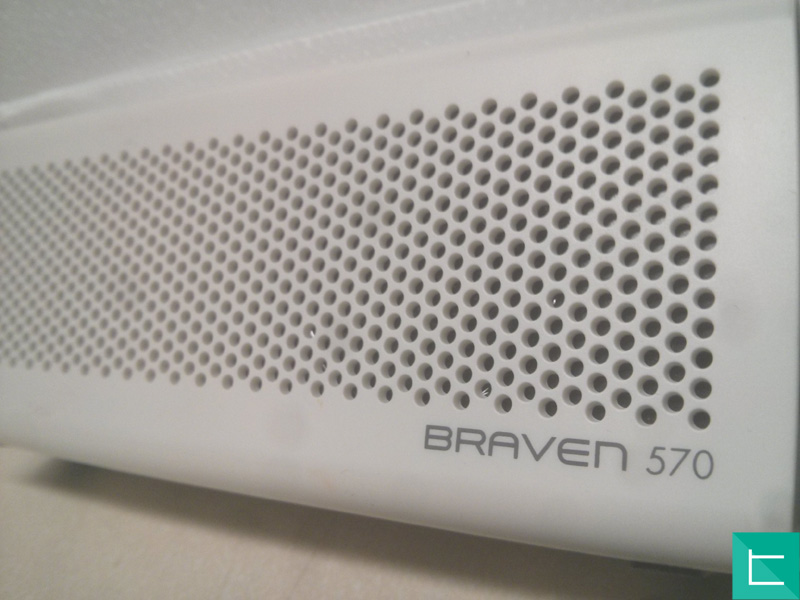 One issue I kept running into constantly is probably something that’s related to charging. The device works great when connected through bluetooth or the 3.5mm jack. However, if the USB is plugged in, for charging, then after a while the device starts to emit a white noise that becomes louder and louder until it’s a really loud annoying static. I’m not quite sure why that happens but my guess is it makes the noise once it’s fully charged (or when it’s been plugged in for a while) – this may seem like a minor inconvenience but I would rather like to have it plugged it so that my battery never dies and I don’t have to keep recharging it. I would rather just have it plugged it somewhere and place it somewhere in my room inconspicuously. While no device is perfect, I feel like a device as pricey as the Braven 570 should not have such an issue (unless this is localized to my device).

The thick of it all

So how does it sound? Great, actually. It sounds pretty good. The bass is good, but not overwhelming. The sound is pretty clear. But it does get a little bit choppy at maximum volume – the sound starts to get ever so crackly, but not enough that it’s a deal breaker in any way – especially in any social setting where you are most likely to be playing this, and where you really won’t notice the slight crackle that does exist.. And for such a small device, it packs quite the wallop. Unless you’re having a full blown party, it’s the perfect little device for a get together. And best of all, since it’s a bluetooth, you can play DJ through your phone easily.

Is there anything I wish it had? A little more clarity. I’m a sucker for clarity – I love being able to make out everything in the music, and that’s something that the Braven 570 lacks but also something that very few mainstream consumers would care for, and certainly not a market that the 570 is geared towards. For its price range it offers a great deal with decent quality sound and easy to use controls. 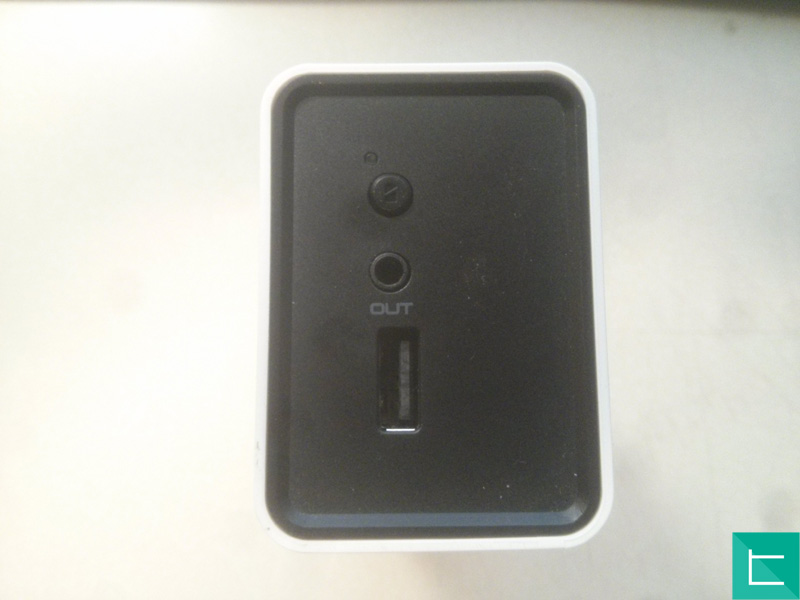 This is definitely one of its shining aspects. The battery lasts almost, if not more, than 10 hours of playback and that’s quite a lot. You can take it with you while on a hike, plant yourself atop a ledge and just chill with your friends while listening to some XX through your phone. Perfect. And you won’t have to worry about your device dying. Well, except maybe your phone… (I’m looking at you, Nexus 4).

It’s a pretty good device and there’s no way you can compare these with the speakers on your PC (with inbuilt sound cards). The device does a good job and if you can tolerate the white noise from the USB while charging (near full) and the lack in tonal clarity then this is would be a good choice. Of course, I would much rather that the white noise wasn’t there at all, but so far I’ve had it consistently – maybe others have had a different experience – hopefully it’s just a one-off isolated incident in my case, because this really is a great device. And you can get it at amazon for $44.99 right now, which is a pretty sweet deal for a durable, robust bluetooth device with 10 hours of playback. It helps that it is also very attractive.

Now we all know of Audio Technica’s flagship studio headphones, the ATH-M50 and the more recent ATH-M50x, but…
byMuzakkir Hossain
3 comments

Elon Musk has unveiled the Tesla Model 3 on Friday at a California event. The Model 3 is…
byMahir Amer
No comments