Ever wondered how web browsing would be if it used torrent technology? Well, wonder no more: BitTorrent’s Project Maelstrom, which uses peer-to-peer technology to host websites, has gone into beta.

The open beta is available right now only for Windows users. The Mac version will be released soon, though a release date wasn’t offered. 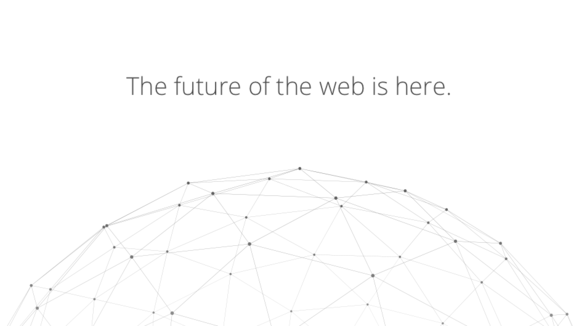 So, what exactly is Project Maelstrom? Imagine torrenting files but apply the concept to websites. Basically, they’re bringing peer-to-peer distribution method to web hosting. In their words, this allows developers to “leverage the efficiency of BitTorrent technology in their content and interactive experiences.”

The basic idea is quite simple though: instead of a central server sending out the files, you grab it from multiple sources and vice versa. There are a number of websites already up on the platform. BitTorrent has also made tools available for web developers to join the platform.

I tried it out for a bit yesterday and found it slow. In fact, it took me a number of tries to be able to connect to the sample websites they have on offer. It’s still in its early stages though, so it can only get better.

The installation was simple and the software is easy to use. If you’ve used Chrome, you’ll feel right at home. It takes Magnet links directly, so you can use it to download your torrents.

The idea is intriguing, to say the least. If it gets adopted heavily, the fundamental nature of the Internet will change. There’s definitely a future in this, but it’s going to take some time to get there.

Just two days back, we posted what could be the next Xplorer Z series, the ZVI. Today, Symphony…
byMushfiqur
3 comments

The founder of Xiaomi, Lei Jun announced a spectacular device on an event called the 5.15 in Beijing.…
byEhsanul Haque Nitol
12 shares
12
0
0
No comments