Huawei is getting a lot of attention these days and why wouldn’t they? They have announced pretty decent devices in Mobile World Congress 2015 including a really good smartwatch. The most talked about device was the Ascend Mate 7 as well as the Honor 6 Plus. While the first one boasts the ultimate screen to body ratio the later one promises high end image quality with its unique dual rear camera. Now two more devices gets added up to this list, the successor of Huawei P7, the P8 and P8 Max.

Huawei P8 is the successor of P7 keeping the same premium standard while the form factor has increased a bit. Compared to the previous P7, the new P8 boasts a 5.2” Full HD display. Huawei says the new display is based on JDI IPS Neo technology with 1500:1 contrast ratio and 78.3% screen to body ratio. Although the latter is not the highest but still nothing short hand. 94% of the whole body is made from aluminium with a 7 layer heating system which keeps the system 5 degree lower temperature than usual. Huawei claims that their new display promises a 15% energy consumption reduction. 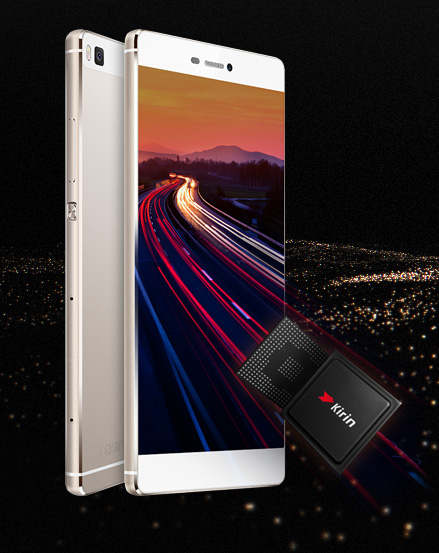 The phone comes with 64bit Huawei HiSilicon Kirin 930/935 processor. This processor is based on Cortex A53 architecture with 8 cores based on two clusters. While one cluster is based on 1.5 Ghz clock speed the second is based on 2.0 or 2.2 depending which processor you are getting inside of your smartphone. The 2.0GHz version comes with the 16GB model while the 2.2 Ghz comes with the more premium 64GB storage model. The clock speed is high, thanks to huawei’s own innovative Cortex A53e architecture which is mainly a modified version of Cortex A53. The GPU along side is the Mali T628MP4.

Another noteworthy mention of the phone is the camera, Huawei has appointed a 13MP Sony RGBW Camera sensor (IMX 230). Huawei says this is world’s first 4 color RGBW camera which promises less noise in color and low light. Huawei also used ISP chip from Altek to promise DSLR Like image quality. You will also get a 8MP front Snapper for all the selfies. The phone’s rear camera is also OIS enabled.

For the rest of the specs, the phone comes with 3GB LPDDR3 RAM, MicroSD Card expansion. The phone will be backed up by 2680mAh battery and the OS is Android 5.0.2 based on Huawei’s Emotion UI 3.1. 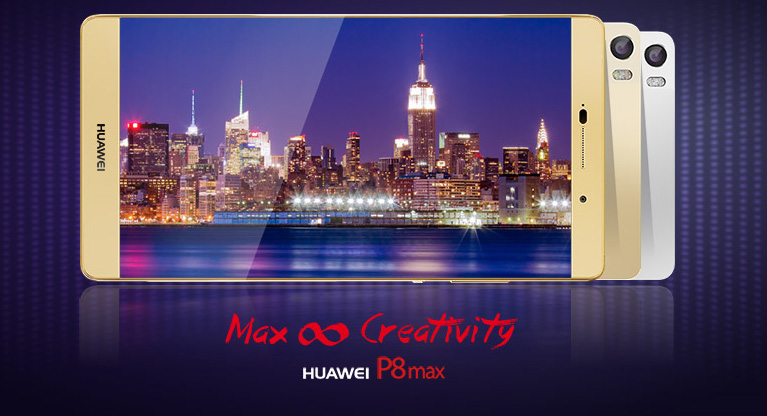 While everyone was expecting a P8 Light Huawei went for the opposite direction announcing world’s most biggest smartphone ever with 6.8-inch screen size. The phone at question is the much bigger P8, the P8 Max. It is basically the same device internally like the P8 but comes with a 6.8” screen with the same Full HD resolution. The battery in this case is huge, which is a 4360 mAh one promising around 2.12 days of normal usage and 1.4 days of heavy usage backup.

For the front snapper there is a 5MP instead of 8MP like the P8. Otherwise the P8 also has the same 16GB and premium 64GB version. The phone is really compact with it’s near 83% screen to body ratio. The phone size is something to question about with 182.7x 93.0 x 6.8 mm dimension. Huawei did claim is the world biggest slim smartphone but Xperia Z ultra is already at 6.4 mm so nothing to talk about here really.

Otherwise everything of the Max version is similar to P8.

Samsung has already confirmed the date of release of the most anticipitated smartphone,Galaxy SIV, this March 14th. Rumours…
byMushfiqur
One comment