With a plethora of smartphones and tablets in the market nowadays, it’s becoming quite hard from the customer’s end to decide which product to choose or not to choose. Many of us in Bangladesh look towards the smartphones brought by Walton and Symphony just because their smartphones features top-notch specs at a very affordable price when compared to the international ones. As for the title of this article, ‘Battle for Power’ both Walton Primo HM and Symphony Xplorer H150 features a strong battery which is one of THE most important factor when deciding which smartphone to go for.

But who will win the fight in the overall comparison? 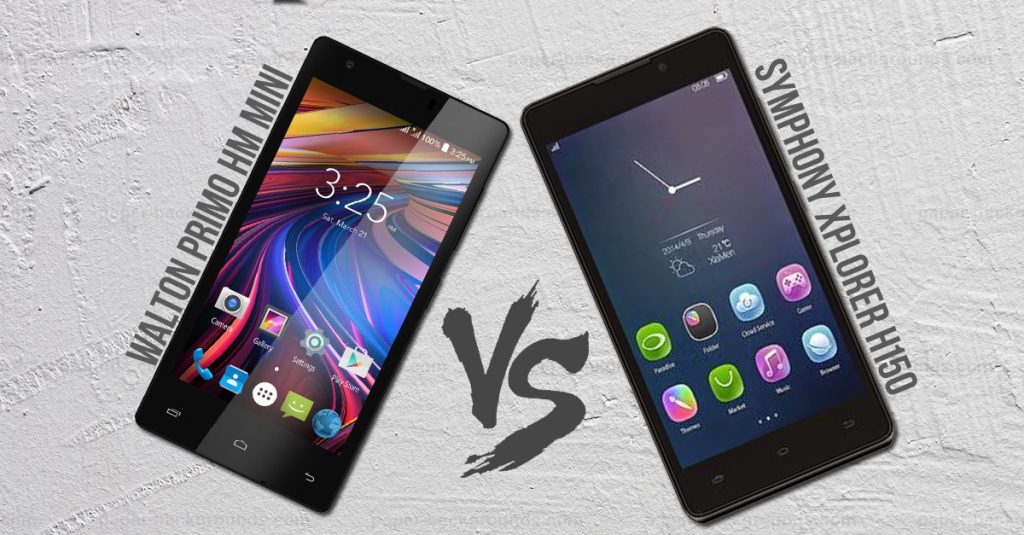 Please be advised that we are just comparing the specs/features/price as stated and decision of buying should not be judged from this article.

As for the thickness which can be a factor as well, the H150 measures only 9.95m while the latter measures 10 mm which..errr..is just a 0.05 difference. Does that make a lot of difference? I don’t think so!

Surprisingly, both the devices has a 1.3 GHz MediaTek Quad Core processor, Mali 400 as its GPU, 1GB RAM and 8GB of internal storage with 32GB of expandable microSD slot.

Walton Primo HM Mini runs on the latest Android 5.0 Lollipop whereas the Xplorer H150 runs on the previous Kitkat version. I hope there will be an update coming for the H150 to update to Lollipop. 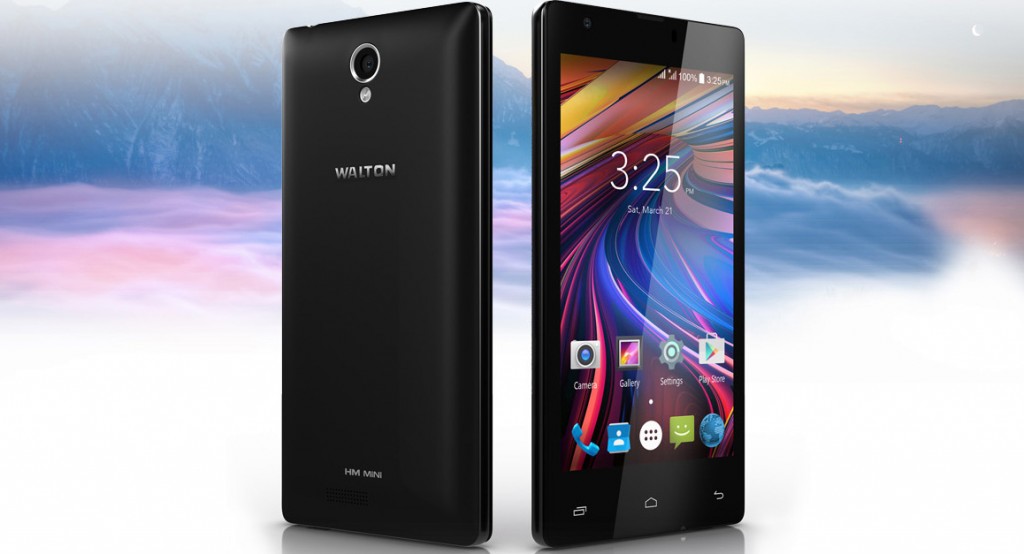 Both the devices pack a 8MP rear camera able to record 1080p videos with a 2MP front-facing camera. So nothing much of a difference from both the devices!

In this arena too, both Walton Primo HM Mini and Xplorer H150 packs a humongous 4000 mAh battery which would roughly give around 550 hours of standby with 20 hours of talk time.

The most important factor. The Walton Primo HM Mini carries a price tag of BDT 8,690 whereas the price of Symphony Xplorer H150 costs BDT 10,590. We do see a big difference and for this round, we atleast found out our winner. 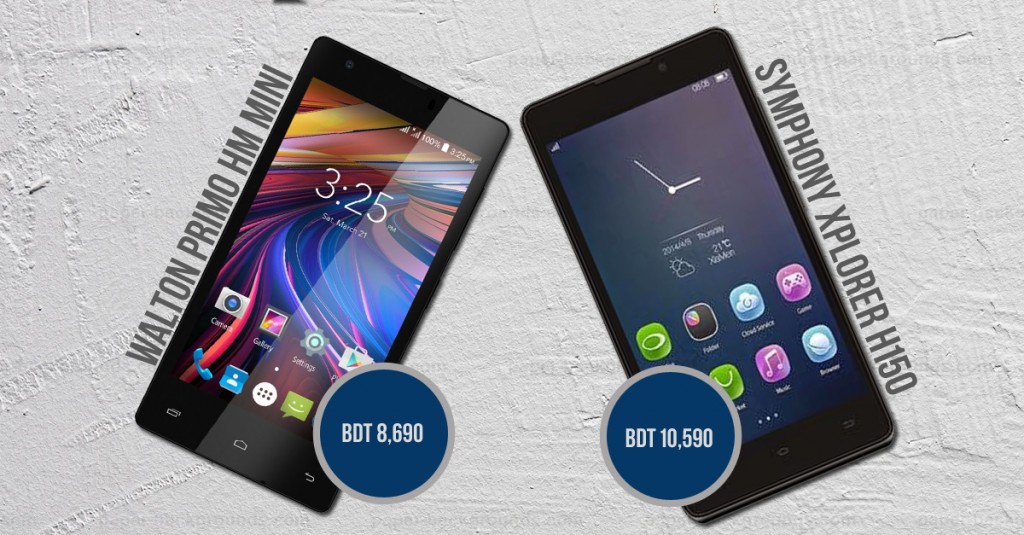 In this small roundup of the the vs. game between Walton Primo HM Mini and Symphony Xplorer H150, the decision of which one to procure will solely depend on the buyer. From the categories, the devices were tied in most of the cases with Xplorer H150 winning in only one category: Display. If the 0.5 inch screen plays a big role while choosing to buy the desired smartphone, Xplorer H150 should be the choice.

The one thing that both of the smartphones have while the others don’t is the sheer battery power that they carry. 4000 mAh battery enough to keep up with the day. In this case, the price of the HM Mini is a lot less than the Xplorer H150. While only the display with a higher resolution differs out of all the specs for the Xplorer H150, this can be deciding factor for the concerned buyer. Have a shitty display with the same battery power at a lesser price? or Better display with the same battery power at a higher price. These are the two questions that the buyer would be facing.

Own any of the device? If yes, let us know your experience in using it!

Just after 5 months of launching the OnePlus 5, OnePlus has announced yet another phone yesterday. A bigger,…
byAraf Noor

Apple, as we know, is known well for its success in the market. However, the Silicon Valley company…
byMushfiqur
5 shares
5
0
0

Finally,after 4 months, Google plus releases the option to create your own page for your brand/product. Google did…
byMushfiqur

Think you know everything your new iPhone can do? Even die-hard iPhone fans will be surprised to learn…
byMushfiqur
Total
4
Share
4
0