Hello smartphone user! It is so good to find you here on this article of mine, please do stick around for a while! Oh wait, your phone is running low on power? What a shame, I was hoping you’d read my entire article. Too bad your smartphone doesn’t last two whole days on a single charge…….. Too bad.

Folks, I was not at all exaggerating with the introduction of this review. I will save you some time and put it straight to you, the Goldberg Ion NL1 lasted me two whole days on its massive 3,300mAh battery. Buy this smartphone for the battery. Period. Enough said, hope you enjoyed!

But in all seriousness, I was pleasantly surprised with the NL1. Goldberg‘s Ion series is marketed for battery endurance and the company has delivered on that promise. So let’s dive in and take an in depth look at their first product from the Ion series.

Take a quick look at the pictures of the Ion NL1 and tell me what you think. Just to give you an idea of how I review devices, I do not check the specifications or the price of any device I review until the day I begin writing my review (unless I already know those details prior to reviewing by some means). Therefore when I finally checked the price tag on the NL1, I was very happy. This Tk/- 7,700 smartphone looks very attractive especially in the white and gold trim that I received. 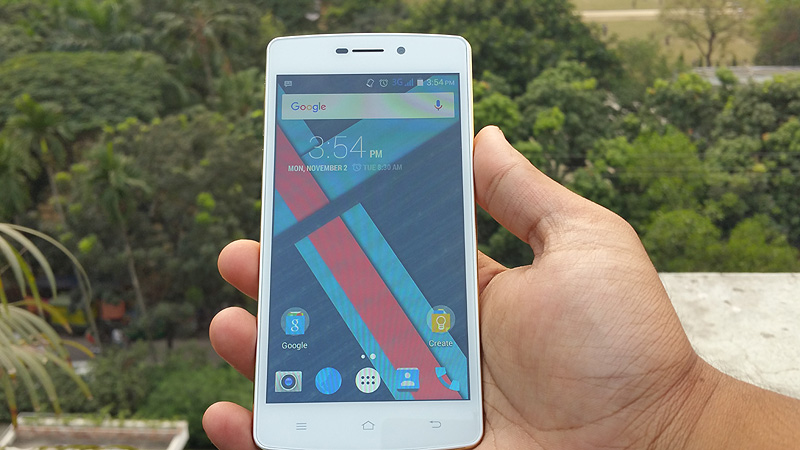 The back features the frankly tasteful Goldberg logo and smartphone name in elegant black and is accompanied by the camera module that has a golden chromatic rim around it. The white plastic back is obviously removable and contours towards the sides of the device in subtle curves making it very comfortable to hold in the hand. What makes the in hand experience better is the textured golden trim that goes all the way around the device’s borders. The bumpy texture is the biggest contributor to the device’s looks and also allows for a good place to hold down the device firmly. With the material on the back, fingerprinting is not an issue.

The NL1 is not the lightest phone I have encountered but it does not feel overbearing either. The weight is just right for the size and makes the user feel confident about wielding the device. An oddity about the device is the non-traditional button placement. The volume and power buttons are on the left hand side instead of the right. It may feel weird at first but you will get used to it quickly. The buttons themselves are not the most tactile around but you get what you pay for. The small rear mounted speaker gets very loud but tends to diminish audio quality at maximum volume. Also, no notification LED.

The main shooter on the NL1 is an 8 Megapixel unit accompanied by a single LED flash whilst a 3.2 Megapixel unit is used on the front. The camera yields very good results given its pixel count but is prone to motion blur. Zooming and cropping would not be advisable on this unit but on the other hand colour reproduction was nice. The camera interface should be familiar to all by now and the shutter speed is quite fast. Low light performance is okay but will not win you any prizes. (Tip: view images on a higher resolution screen, they look much better with more pixels involved) 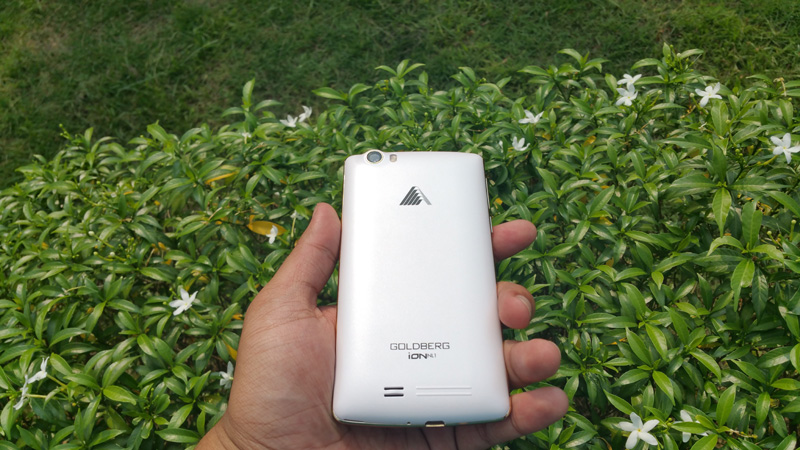 The front camera on the other hand is very nice. For a selfie camera, 3.2 Megapixels is still a very high number and thus images produced are great for the selfie crazed. There is a lot of detail in these close up shots as well as great colour.

The NL1 runs an almost pure stock version of Android 4.4.2 KitKat with a few bonuses. KitKat is a dated but stable version of Android and should be good enough for all potential consumers. The  launcher is a bit strange because it looks exactly like stock Android but does not perform in a similar way. The launcher often lagged and had frame drops and honestly got me worried. I did the usual thing and switched it our for Nova Launcher and *poof* no more issues. The frame drops, I realized, were related solely to the built in launcher, anything else works perfectly fine. 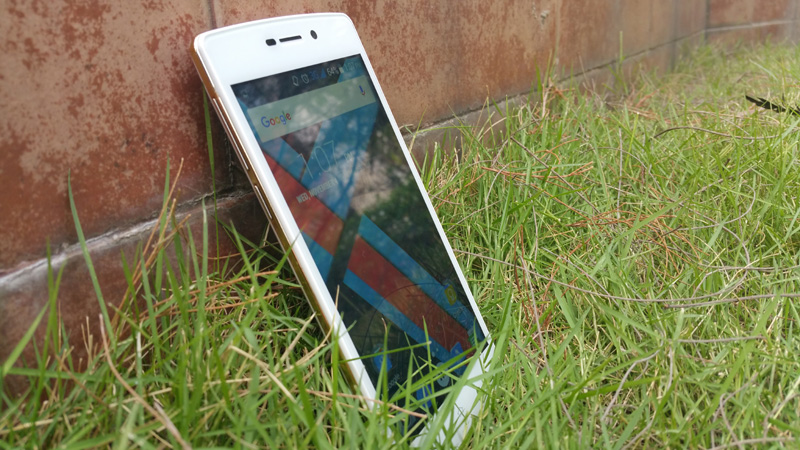 The big bonus on the software front is lock screen gesture support. Going in to the settings you can easily assign a gesture to perform a function while the screen is off. This is made much more convenient given the ability to choose any app for a gesture. The swipe down to unlock gesture accidentally triggered itself in my pocket a few times but all other gestures worked flawlessly. There is also a built in RAM cleaner from the recent apps screen for when you need to clear up some RAM for intense gaming.

Another cool feature is “Non-Touch-Operations”. This is basically what you would find on some early Samsung flagships – Air Gestures. It uses the proximity sensor to carry out certain tasks that do not require touching the screen. I found this works best in the Gallery when swiping between images.

Inside the NL1 is a 1.3GHz quad-core MediaTek processor with 1GB of RAM, Mali 400 GPU and 8GB ROM (5.93GB user accessible). The specifications are not the best in the world clearly but are good enough to get you through most tasks without annoyance. I ran Asphalt 8 and NFS: No Limits with some stutters during prolonged gameplay. I noticed that it takes a bit longer than usual to load and play the games but it was not something that deterred me from playing in the first place.

Usually we do not have a separate segment for the battery but I felt that the NL1 deserves it. The 3,300mAh battery is huge but it does not add excess bulk to the device. To be very specific, I got 1 day and 18 hours of battery life with 9% charge remaining and over 7.5 hours of screen on time. Over this period I was constantly on Facebook, WhatsApp, YouTube, Chrome and was playing through levels of Asphalt 8 every now and again. The display brightness was set to about 50-70% as well. The WiFi was on all the time I was home and mobile data whenever I was outside a WiFi network.

I tried to drain the battery in one day but could not with any realistic use case scenario. The battery life is the result of the large capacity battery along with the specifications and low-resolution display. Goldberg has had to make compromises on some fronts to give the promised battery support but it was not to the extent where the device would be rendered insignificant and for that I was impressed. The device includes a quick charging feature which I found charges from 1-60% in about an hour but then slows down. Do note that even when charging, the WiFi was on so your results should be better than mine.

I purposely kept the display section in the end because it honestly is not the best. The 5 inch IPS panel has a resolution of 480 X 854 and makes pixellation very apparent. On the bright side (no pun intended) maximum brightness is good enough for comfortable use outdoors. The low end of the brightness scale was a little too bright for my taste but that shouldn’t be an issue for anyone. Viewing angles and colour reproduction are nice but could have been better.

As I mentioned in the introduction, buy this phone for the battery life. Simple. The Ion NL1 was a good review experience because I could push the device to its limits constantly and not have it die on me. The design and build are great plus points of the NL1 especially when considering the Tk/- 7,700 price. The cameras too are quite good and the selfie camera actually surpassed my expectations. The display is a compromise you will learn to deal with because of the excellent battery life that is on offer. All in all, the guys at Goldberg delivered a smartphone that can perform the tasks you throw at it and still last you 2 whole days and for that I applaud them. Thank you for sticking with us till the end, stay tuned for more in depth reviews!

With IFA on the horizon, the past week has seen many many many leaks in the world of…
byAlavi Wahid
No comments

Google announced on the 6th of January that it has acquired Limes Audio. The Swedish company, Limes Audio,…
byMahir Amer
No comments

Google+ Hangouts on Air in Brief With the aim to make Google+ the go-to social networking platform, the…
byMushfiqur
4 comments
Total
11
Share
11
0