If you ran into this article on Facebook, that means one of three things: You are using a VPN, Your ISP is awesome or the government has decided to return things to normal. Chances are, it’s one of the first two! In the absence of Facebook, WhatsApp and Viber (the most popular social media portals in Bangladesh) we got to learn a few interesting things about the Bangladeshi internet user. So here is a short list compiling all that we discovered, hope you enjoy!

VPN Is Love, VPN Is Life 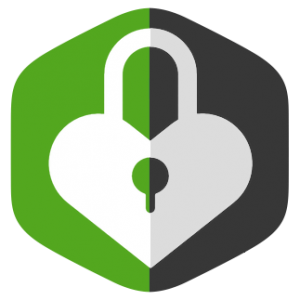 Ah yes, the humble VPN. One of the many assets that makes life in a country like Bangladesh infinitely easier. With a VPN, one can use services exclusive to certain countries (like Spotify, Google Play Music, Netflix), access some blocked websites or just simply browse the web with some anonymity. For us Bangalis though, the VPN has opened up a whole new gateway to use services to which access has been temporarily disabled. Initially after the shutdown, only certain people could be found online – those with some knowledge on how to use VPNs, and hence VPN statuses quickly became the bane of everyone’s newsfeed. It took a while for the average folk to catch up to this “new” technology but adoption has been fast and people quickly got back on track.

If you have any close ones living abroad at the moment, then you probably faced the scenario where they got super paranoid about your sudden disappearing act. The main reason many people suffered was because they got disconnected from friends and family living far away. Even in 2015, international phone calls are unnecessarily expensive and of poor quality. The internet solved this age old problem years ago but with the situation in Bangladesh, many people found themselves lost and unable to tell their loved ones about the current situation.

Social Media Addiction Is Real & Your Friends Are Probably Affected

This is an old concept that has been brought to light even more so recently. With the government’s restrictions, many people found themselves unable to check their notifications, get cheesy updates on their favorite celebs or partake in the strange gossip and “shipping” wars that go on in fandom. Some people dealt with this pretty well, others not so much. There have been numerous cases of people suffering from anxiety and depression for not being able to do their daily social media “stalking”, whether it be peeping at the lives of the famous or the socially active. Unfortunately I have witnessed many such cases first hand and it was eye opening. It is quite strange differently people act in real life compared to their personalities behind a screen and is a very disturbing matter. Now every time I use social media, I get eerie thoughts of what people might be doing on these portals and it brings quite some discomfort to me.

There Are TOO MANY SOCIAL APPS

Before people got clever and started using VPNs, the first thing they did was check if other applications were blocked  too. Sure enough, many, MANY applications were still usable hassle free. In Bangladesh, the top trending applications right now are VPN apps and alternative social media apps. There just is no cure for the social media madness, you take down one service and people immediately jump to another one. Once upon a time I had this naive idea that there are only about 10 social media apps but boy was I wrong! Just go check out your respective app store right now and you will be amazed by the number of options available.

Regardless of all the crap that has happened over the past week or so, one thing has been crystal clear. The people of Bangladesh will not stand and be told what they can and cannot do. If the people want to access Facebook, they will find a way to access Facebook. If they want to chat on WhatsApp or Viber then by all means they will do just that. This has been the most interesting find for us because in this situation we witnessed how our people spread ides and knowledge FAST. The moment some people noticed others were seeking access to the blocked apps and sites, they quickly came to the rescue, often times acting as the ultrasmart tech guru. Whatever the case, everyone worked together to get through this and to use their desired services to their hearts’ content.

We hope you enjoyed this short piece. Do you think we missed out on some things? Please let us know in the comments below and also stay tuned for more awesome content.

Content republished from Madkoffee.com With time, the evolution of our country into ‘Digital Bangladesh’, is pacing up super…
byMushfiqur
No comments