On a recent teaser posted on Weibo, Xiaomi unmasked a deal maker involving the company’s upcoming launch, Redmi 3. Outperforming its predecessor in the power back up arena, the Xiaomi Redmi 3 will retain a 4100mAh battery. 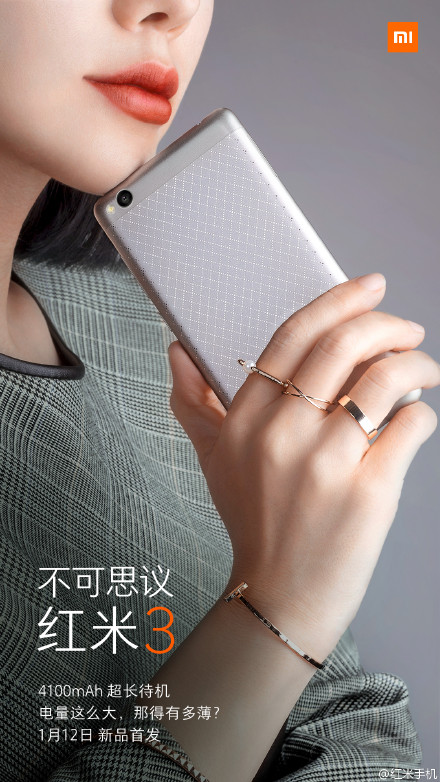 The latest addition to the Redmi series is enclosed in a shiny metal body which is surprisingly slim despite hosting the large battery. Xiaomi also mentioned a plaid pattern on its back to prevent the risk of slipperiness. The 5’5 inch HD LCD screen indicates a lengthy finish to the structure.

Apart from all that, information on the major specifications of the device still remain behind the curtains. Word on the street is that the Redmi 3 is powered by an Octa-core 1.5 GHz CPU. What chipset the phone is decked with ends in many branches of rumor. It could be a Snapdragon 616, a Mediatek MT6795 Helio X10 or something completely different. Since Xiaomi hasn’t spoken at all on that, we will have to wait until the launching to evaluate how the specs really tie up together. 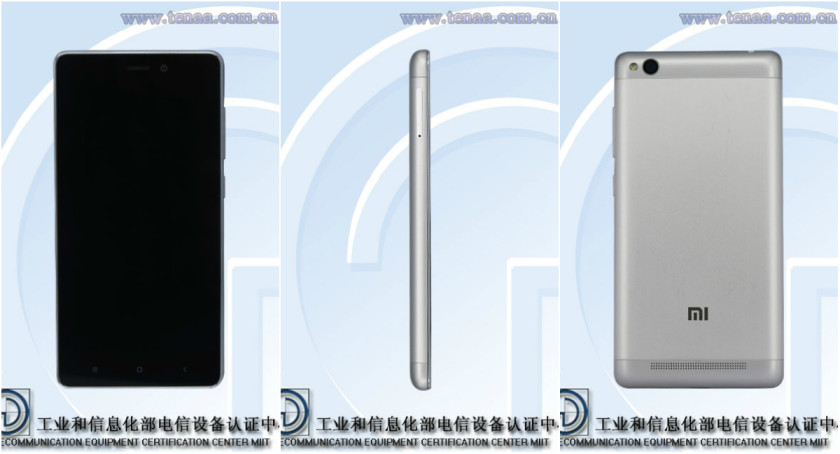 However, the smartphone is said to have a 13 MP primary and a 5 MP front camera following its predecessor’s footprints.

Redmi 3 is likely to run on Android 5.0.2 instead of Android 6.0 but it doesn’t make the newcomer any less eligible to win over the market when it promises a battery life to last a day and a half without a hitch.The widely anticipated Xiaomi Redmi 3 will be up for grabs on January 12.

What’s your take on this budget smartphone? Leave a comment!

1. Nexus X Rumour has it, Google is working on a new Nexus phone and it shall reportedly…
byAlavi Wahid
No comments
Total
10
Share
10
0