Social media is everywhere. It is a powerful platform transcending boundaries, cultures and age groups. And as with all big powers, it is often misused, be it in the name of publicity or simple for the “fun of it.” Either way, fake news, hoaxes are never welcome. They allow undue attention to topics which shouldn’t even exist in the first place and disrupt relations within the social community. In an era where people are becoming increasingly sensitive with their view points, removing fake news is a fundamental task.

There is perhaps no bigger power in world media today than Facebook and Twitter. Politicians, celebrities, stars and most importantly, the general public spend a vast amount of time on these platforms which is why even the slightest hoax can lead to monumental reactions. Hence project “First Draft” came into being. A project designed to improve journalism on these media platforms by “sharing knowledge, developing policies and devising training in how journalists use the social web to find and report news.” 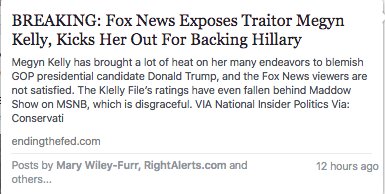 Although Google was the one who initiated the project, many other news organizations have joined forces including The Telegraph, The New York Times, Washington Post. YouTube and BuzzFeed have also agreed to participate. Facebook and Twitters involvement is very good news as they together have around 2 billion users.

First Draft is expected to have feedback loop; a feature which will allow journalists verify eye-witness accounts on the occurrence of a big event.

News, any news, can spread like wild-fire. Hence this sort of an initiative to prevent unwanted, fake news from spreading is certainly much appreciated. You can expect a few more survey forms here and there. I honestly don’t mind answering them if they clear the clutter off my feed.

Instagram has announced a big change to its feed. Currently users enjoy photos from other users on their…
byAdrita Hasan
No comments

If you ran into this article on Facebook, that means one of three things: You are using a…
byAlavi Wahid
One comment

Get the Most Out of Your Social Media Analysis

Technology has become a strong factor in the way that people communicate. Whether it be for business or…
byMushfiqur
No comments
Total
1
Share
1
0